Welll I REALLY hate snow!!! I mean don't get me wrong, its BEAUTIFUL to LOOK at and I really get tickled pink with joy when snowflakes fall on me...they're just soooo CUTE...BUT...i SERIOUSLEY think the stuff is some of THE MOST annoying stuff in the WHOLE world!!! It is sooooooooooooooooo COLD and it sticks to everything, and you can't wear flip flops, and its hard to walk in and you have to wear a million layers of clothes and it makes a TOTAL mess and its REALLY dangerous AND DID I MENTION THAT ITS FREEZING COLD?!?!! But aside from ALL that this past week I decided to LOVE SNOW!!! I AM SOOOO thankful that God sent a blizzard to New York City!!! 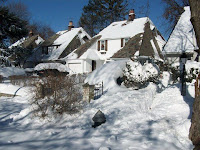 This past week, actually for 9 whole days I was SUPPOSED to be partying in NYC!!! We were surprising my uncle, spending time with my family, shopping AND we were gonna be spending New Years Eve in Times Square watching the crystal ball drop!!! We were supposed to be leaving last Monday and returning this Tuesday...BUT there was a BLIZZARD!!! Over 1000 flights at the JFK airport in NYC were canceled!!! It was sooo craZy when you called the airlines all you got was a busy signal!!! 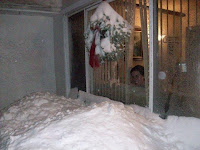 This is at my relatives, the Manginos home.... 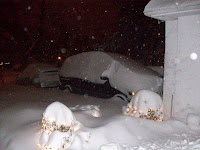 The WHOLE city was shut down... 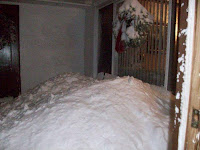 NO ONE was going anywere and some people were snowed in sooooo bad they couldn't even open their front doors!!! 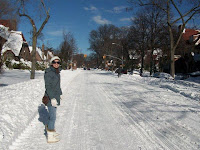 Here is my cousin Barbara standing on the street in front of their house in Forest Hills...THIS IS AFTER it had been snow plowed by the city!!! LOL! 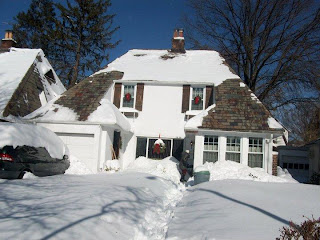 This is my aunt and uncle and cousins home﻿ 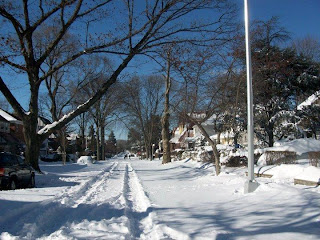 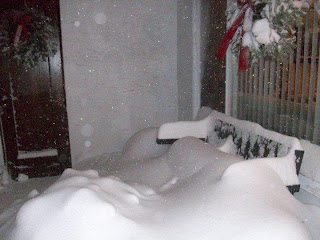 WOW!!! Imagine having to get rid of all that snow....my cousins with the snow shovels....it was absolute CRAZINESS!!! 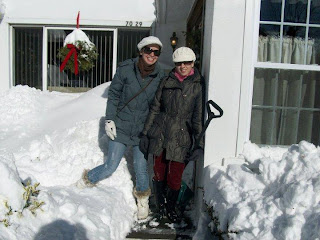 AND as annoying as SNOW is I am soooooooooo thankful for this blizzard this last week...WHY??? Because it was the cause of my trip to NYC being canceled!!! LOL! I know your saying WHAT??? How could you NOT want to go to NYC??? Well...I do LOVE NYC!!! It is one of the coolest, awesomest, FUNNEST place EVER to go visit!!! In fact, I have been to Maui and if I had the choice I would TOTALLY choose NYC over the too!!! BUT this particular trip was gonna be right, SMACK, DAB in the MIDDLE OF CONQUEROR'S CONFERENCE!!! Which is MY ALL TIME FAVORITE conference EVER!!! I was soooooooooo disapointed that I would be missing MY FIRST CC ever since the beginning of its existence!!!
.
I REALLY thought I was gonna miss it...then last Sunday we got word...it was snowing BAD...at first they were just gonna change the time we were leaving but then we got word that it would be a while before we could make it out there....at first I was like SOOOOO disapointed, I was like, SEE this is WHY I HAT SNOW!!! Then all of the sudden I realized I was like OMW I LOVE SNOW!!! and oh man you all shoulda seen me when I realized that I was gonna be able to go to Conqueror's Conference...I was whoopin and hollering and doing this wild, crazy dance around the house!!! LOL! It was pretty awesome!!! (except my sister didn't think so!!!) I was soooooooo happy!!! My mom's cousin works for the airlines so we got a FULL REFUND on our tickets and will still be going to NYC we're just not sure when at this moment!!!
.
Soooo I got BOTH Conqueror's Conference AND NYC!!! Which is EXACTLEY what I wanted... but there is NO way it woulda or coulda happened if I HAD TRIED!!! Only God could do that!!! ! I know you all think i'm cRaZy....BUT YES...I would rather be at Conqueror's Conference then partying in New York!!!! Conqeror's Conference is waaaaaaaay better than the AWESOMEST vacation spot!!! I mean when your in the church service absorbing God's presence, touching Him at the altar, watching lives being changed...how can you even compare?!?!
Thank you God...