I named her Blossom because she’s orange and i loooooooooove the smell of Orange 🍊 Blossoms!!!

Meanwhile, Mr. RazzMaTazz has gone to car hospice to spend his final days in the care of a trained car doctor, that will keep him running and comfortable for as long as possible… AKA he’s with my brother John!!!
Posted by Mary Frances at 9:28:00 PM

So several years ago…..I decided to do Christmas gifts with my class at church… 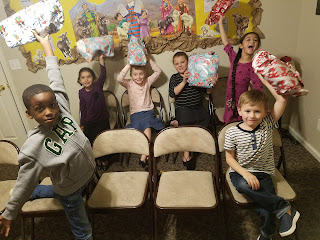 Sooooooooo before they opened their presents, I did a little lesson about it being, MORE BLESSED to give that to receive! First I had all the kids say ONE THING that they REALLY wanted for Christmas! Of course this was REALLy easy for them to come up with, then I had them all try to think of ONE REALLY NICE THING that they wanted to give to someone that year, and LO AND BEHOLD this was A LOT harder for them to come up with!!! LOL
.
Weeeeeeelllll anyway, you NEVER know what all the kids take from your lessons right??? So this past Sunday, I was talking to Sam and Janelle, my friends and parent's to one of my students, Mackenzie, and we got on the subject of Christmas presents and they were like, OH we have to tell you this story about Kensie, what she got from your lesson on Wenedsday night.
.
Bro. Sam said that she has REALLY been wanting to get a puppy, REALLY BAD and that's ALL she has been asking for, for Christmas. He said after thinking about it they were like, ok they already have one dog, Bronco, its just not going to work out this year. So they had told her you know Kenzie it's just not going work out this year, etc...
.
Come later that week, after Wednesday night, Sam said that Kensie came to him and was like, You know dad, let me tell you something about what we learned in class Wednesday night! We learned that it is MORE BLESSED to GIVE than to receive. I was like, AWWWWWWWWW!!! She got it!!! She got my lesson...I'm having a TOTAL PROUD TEACHER MOMENT!!! Sam just laughs...
.
Then he continues the story, He says that Kensie says, So I was thinking about OLD BRONCO out there in the back yard, ALL BY HIMSELF, and I was thinking, WE SHOULD GIVE HIM A PUPPY FOR CHRISTMAS so he has someone to play with!!!!
.
I was like, WOOOOOOOOOOWWW!!! They said they were laughing so hard about it!!! I was laughing when they told me!!! I have to say, that was SOME PRETTY SMART THINKING KENSIE!!! Actually, come to think about it, I do remember her saying after class that she thought she REALLY wanted to get something for her dog this year, cuz she NEVER had before!!! BAHAHAAAAA!!!
STILL A PRETTY PROUD TEACH MOMENT FOR ME!!!! 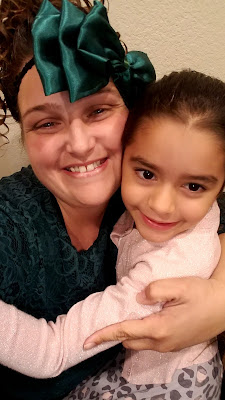 Soooooooooo the other day I said to Odin, come here, Aunt Mary is going to tell you a secret annnnnd YOU CAN NOT tell anyone this!!!! He's like, OK! I whisper in his ear, YOU ARE THE HANDSOMEST LITTLE BOY IN LITERALLY THE WHOLE WORLD!!!!
.
He looks at me and says, "Aunt Mary, THAT IS NOT A SECRET!!!" 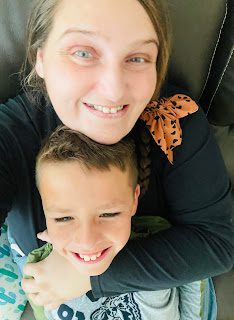 Uh thanks for the compliment!!!

The weight loss place I go to, shout out to Medshape, your awesome Stephanie, weeeeeeeeeelllll the owner has these pet python 🐍 snakes that Odin ADORES!!!!
.
Weeeeeeeeeeellll he’s holding the little one saying awwwwww… who says awwwww to a baby snake???
.
Annnnnnnd then he says, “Aunt Mary, she has pretty blue eyes 👀,
JUST LIKE YOU!!!

The cashier at Trader Joe’s said this stuff is good buuuuuuuuut to be very careful, only use a LITTLE BIT…
SOOOOOOOOOOOOOOO…. 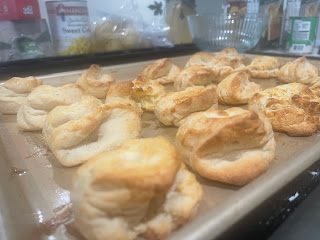 My rolls, they were soooooooooooo BOMB!!!! I want one riiiiiiiiiight NOW!!!! 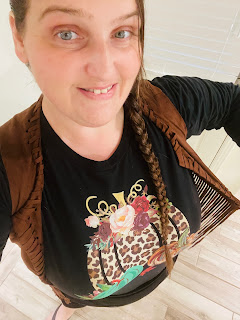 My Thanksgiving outfit for church!!! Isn't it sooooooo cuuuuute???? 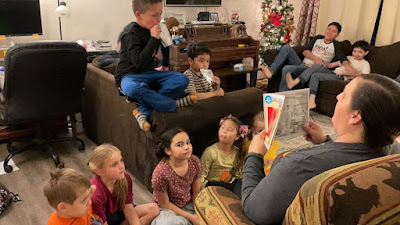 Reading to the kids my favorite childhood book, "Cloudy With A Chance Of Meatballs"
.
♥Mary Frances :)