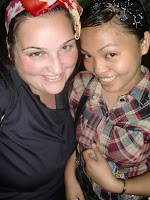 So in the Philipines, ESPECIALLY in Bohol, everyone raises their eyebrows!!! Its like a greeting or acknowlegement, or they answer your question with their eyebrows...its really cool!!! AND I had noticed in A LOT with Jewel, my first sis-in-law, like when she sang it was like her eyebrows danced,  BUUUUT they do it EVEN more in Bohol!!! I mean like your walkin down the street and you say hi to ANYONE, male or female  and they usually respond back with a big smile and some MAJOR EYEBROW RAISING!!! LOL!!!
.
So i was tellin Grace, my new sis-in-law, who is also an EXPERT eyebrow raiser, that in the U.S., when a guy or girl raise their eyebrows at each other its sort of like a FLIRTY move, and if a random guy that you didn't know, just smiled and raised his eyebrows at you, YOU WOULD NOT think he was just being friendly but a TOTAL CREEP!!! LOLOL So we were laughing about it!!!
.
Then I told her that when I get back to the U.S. I am going to just smile and raise my eyebrows at all the GWAPO  guys!!! AND if anyone says anything about me being flirty or forward I'm just gonna say...
.
I'm NOT being a FLIRT!!!! I'm just being... 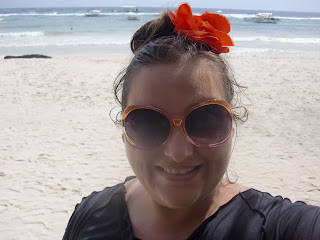