Oooooo you all had THOUGHT that I had FORGOTTEN about West Coast Conference...buuuut NOOOOOOOOOOOOOOOOOOO I did NOT!!! I just wanted to keep you all WAITING!!! :)))
.

Sooooooo Day 2 of WCC once again started with me leavin early and heading for Starbucks!!! I was once again sitting there sipping my coffee when a group of my lovely friends showed up!!! Stephanie, Nicole, Marvin, Bethany, annnnnnnnd JACOB!!! Bethany was like, MARY, WHY ARE YOU SITTING HERE ALL ALONE!!! Where are all your friends??? I'm like, Oh it doesn't bother me to be alone...I would rather leave then sitting around waiting for everyone else!! LOL!!! I always do this... I'm usually the first one up and instead of making everyone else get up or waiting around for them I'll leave and go exploring...that's just ME!!! I don't mind just, HANGING OUT WITH MYSELF!!! :))) 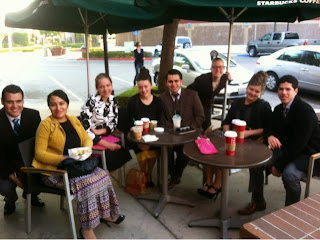 Finally Jacob goes, Mary, IS IT ME??? I'm like, ACTUALLY, yes, it IS you Jacob!!! Bethany, his girl friend, is all like PLAYING jealous, she's all, OH that's it MARY!!! And she gives me this pretend glare and is pretending to fight with me!!! Soooooooo then a few minutes later Marvin, Nicole's boyfriend says, Mary, IS IT ME??? I'm like, OH yes! Its sooooo YOU Marvin!!! Sooooo THEN Marvin starts pretending to ACT JEALOUS!!! We're all like, ummm MARVIN, its SUPPOSED to be NICOLE that acts jealous, NOT YOU!!! LOLOLOL!!!! He's like, OOOOH, weeeeelllll... NICOLE, BE JEALOUS!!! AHAHAHAHAHAHAHAHA!!!! 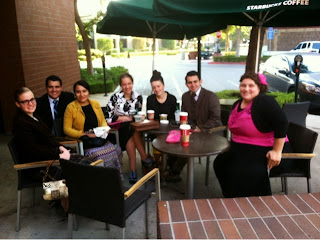 We were then joined by Anali, Cara, Joe, annnnnd Jedidah... annnnnnnnnnnnnnd then Marissa sweetly came out and offered to take a pic of me with the group... 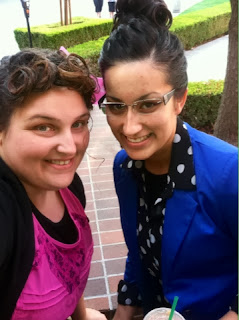 Annnnnnnnnnnnnnd then I had to get a pic with Marissa as well... 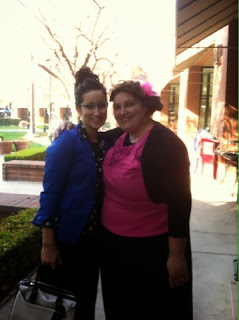 Then Jedidah was getting in on a pic and one of the guys tripped her...LOL...Meanie-mo's!!! Annnnny wayZ we all had a great time socializing together...IN WHICH I would have missed out on IF I had stayed WAITING at the hotel!!! See, its better to just leave and SEE what happens!!! HAHA!!! 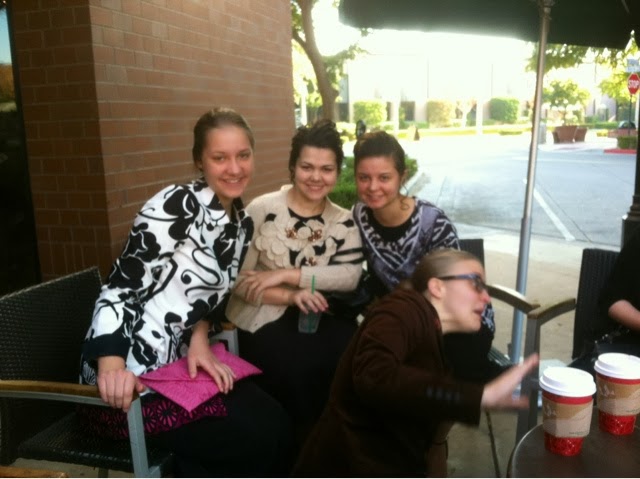 Then I got another BIBLE picture with Jacob and Bethany!!! We did this last year in lobby of the Radisson...when they were soooooo JUST friends annnnnd NO INTEREST at all in each OTHER whatsoeverrrr...HA!!! The Bible SAW....she KNEW 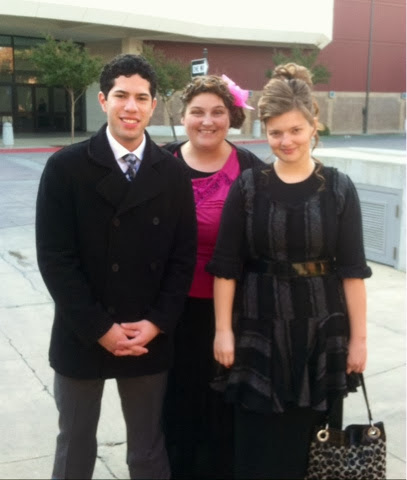 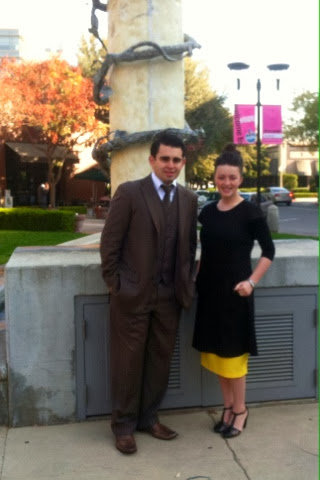 After service a group of us went to go eat at this Japenese place where they cook your food at the table...I got stuck riding over with the guys...I'm pretty sure they were bored to death with my constant chatter...Oh weeeeeeellll...I was at least entertaining MYSELF!!! BAHAHAHA!!!
.
Okaaaaaaaaaaay soooo I just realized that I accidentally deleted the rest of the pics for this day...don't worry they're still on my phone, i'll do a separate post for the night cuz it was basically like, THE LOOOOOOONGEST night everrrrr!!!! LOLOLOL
♥Mary Frances :))))