Okaaaaaaaay soooo this is like a super funny story with one of the lil boys I bring to church. There is this 9 year old boy named Prince that I have known since he was like two years old! I always thought he was soooooo adorable and was ALWAYS trying to get him to talk to me when he was a toddler! Buuuuut he was NOT a people's person and ANYTIME ANYONE would touch his head he would SCREAM!! LOL Buuuuuut he was soooooooo ADORABLE that OF COURSE I was ALWAYS trying to get him to talk to me!!! (Story of my life right?!;)
.
Weeeeeeeeelllll ONE week we're all driving in the church van and one of the teen girls, Miriam, ask me my age and I say 30!!! She's like, so YOUR REALLY 30??? I'm like YES, I've told you all that like a MILLION TIMES!!! She's like, we all thought you were JUST SAYING THAT!!! I'm like, NOPE I really am!!! She's like WOW MARY!! You look soooooooooo GOOOOOD FOR YOUR AGE!!! She's all going on and on, like NOW we know WHY its ALWAYS soooooo hot in the van...etc...I'm like okaaaaaay yeah, whateverrrr!!! LOL!
.
Soooo she is going on and on about this and all of the sudden we hear a boys voice join in with her,  " Yeah Mary,
you are FIIIIIIIIIIIIIIINE!!!"
Its like kinda quiet then I'm like, Whaaaaaaaaaaaaaaaaaat???? Who said that??? Annnnnnnnd...
It's PRINCE!!! 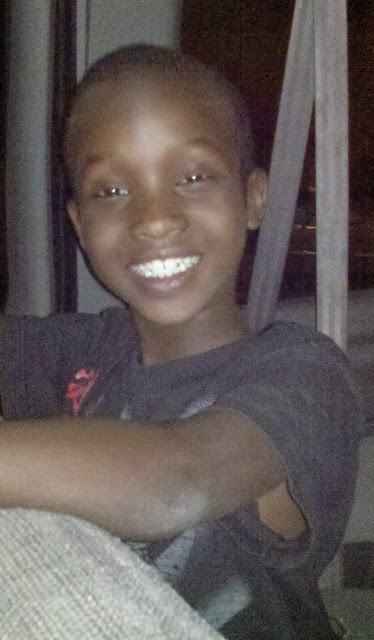