today started off as a crazy busy day!!! lets see... it started off at 4:50 am which I had set my alarm.for... then thanks to the big sis for taking me to the airport!!! . once I got to the airport I checked in my luggage and headed to security and then my gate...once I got to my gate I felt so proud cuz I only lost my boarding pass ONCE from.baggage to my gste...HUGE ACCOMPLISHMENT PEOPLE!!! dont be jelly!!! . so once at the gate I felt I NEEDED starbucks...THEN I BOARDED!!! okaaaaay sooooo I specifically picked my seat on the aisle seat by the bathroom annnnnd SCORE... the bathroom is not a very popular spot for people to sit soooo I had the whole row to myself!!! . then I jus basically became the flight bathroom attendent!!! anyone that came to the bathroom. I felt like I was one of the bathroom attenendents in.the PI!!! liiiiiiiike hello welcome to the bathroom!!!! jk!!! 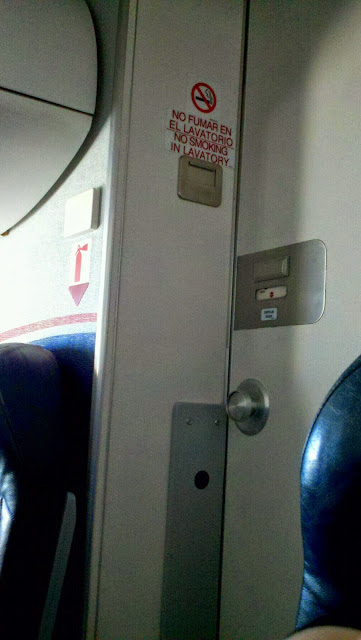 i jus smiled, said hi too and then I would let them know if the bathroom was empty or full...they would thank me... I thought about offering people my spray for air freshner to but I was like naw.... I would have to put out a tip jar for that!!! . 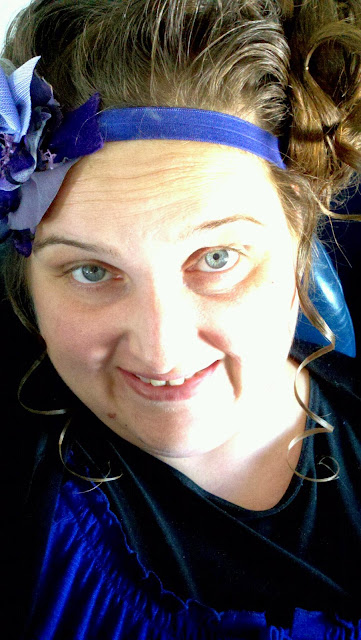 then after an hour and a half we FINALLY LANDED annnnnd I texted hanna we landed annnnnnd then I sent her another text that said MY PHONE IS ABOUT TO.DIE!!! annnnnd then it did!!! . sooooo I get off the plane and head to the sign that says BAGGAGE CLAIM!!! I get to.baggage claim annnnnd its empty!!! nothing on the carosels!!! im like maaaaaannnn this is taking foreverrrr!!! then.after a while o notice that I am the ONLY ONE STANDING THERE!!! . liiiiike no one from my flight is there, JUS ME!!! im like ummmm... where the people be??? . sooooo.i go and ask. if this is the baggage claim.for us airwayz and they say nooooo im in.southwest and its like practically two miles in the other direction!!! noooooo clue how I ended up thete!!! . get my luggage, find the nearest outlet, plug in my phone, call hanna she finds me annnnnd we head off running errands and stuff!!!
.
then a few hours later we are back at the airport picking up hannas aunt and cousin!!! were jus making circles around the airport cuz tge sevurity guard takes his job EXTREMELY SERIOUS.. Sooooo im like how about I jus go in.and find them!!! hannas like how will u know its them??? im I jus,will!!! lol soooo I did!!! . I met Hannas cousin Syon (sp?) and we immediatley hit it off!!! shes sooo nice and fun! then we found out that we are both single 30 year somethings that look and act younger thaN. our age!!! . theeeeen the three of us went out shopping for her grad outfit!!! yes day before buuuuut yeah we did good!!! then we had to.find the perfect BAM shoes annnnnd finallkky we did!!! Syon used her amazing bartering skills and managed to get hanna a 25% discount!!!
.
then we had ethilpian food for dinner... it was soooo superrr good!!! the day was basically filled with shopping and weating which is always funnnn!!! we celebrsted goodvshopping with icecream!!! lol . then.we came back to.the house and hannas uncle had left an.ipad for her grad gift! me and mesgana played candyland... I won!!! . ooooo annnnd hanna gorgot to go to her grad practice!!! im like wow im rubbing off on her!!! except I dnt ever plan on graduating college so itll be more like MY WEDDING REHEARSAL!!! bahaha!!!
.
now im falling asleep, we have to be up by 5 am cuz hannas brother said he is taking us on.a fun adventure for something to do with her grad I think...we dont know realky ...jus that we gotta be ready to leave by 5:45 am! im left in charge of waking Hanna ans Syon... we're sooooooo.CURIOUS!!! . the three of us are jus like... it had BETTER BE WORTH IT!!! annnnnnnd Hannna said thst early it had better involve COFFEE!!! ill let u all know wheather or not it was worth getting up!!! hahaha 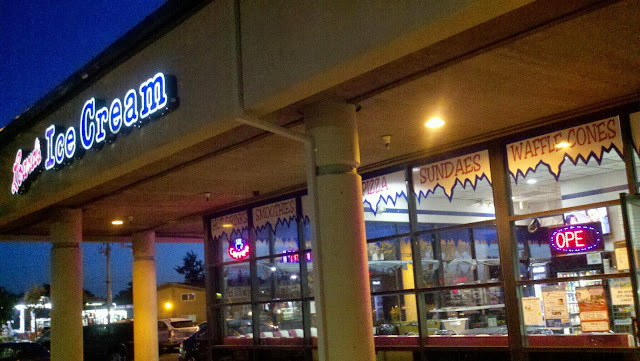