Weeeeeeeelllll I'm HOME!!! We had soooooooo MUCH FUNNNNN!!! I'm do a post soon on PCC buuuuuuuuuuut everyone needs to start sending me pics!!!  Here are some pics TO AND FROM Pacific Coast Camp!!!
.
On the way there was sooooo much fun in the Abbott's motorhome!!! Me, Stultz and Judah played my electronic Clue game and Stultz kept winning...I almost won...buuuuuuuuut I was blasting to EVERYONE that I was winning, MEANWHILE, Jonathan was finding out all the answers too BUUUUUT he was just keeping his mouth shut about it and sooooooo he BEAT ME!!! Grrrrrr!!! Twice in a row till Sis. A stepped on the scene!!! then she beat the both of us!!!! 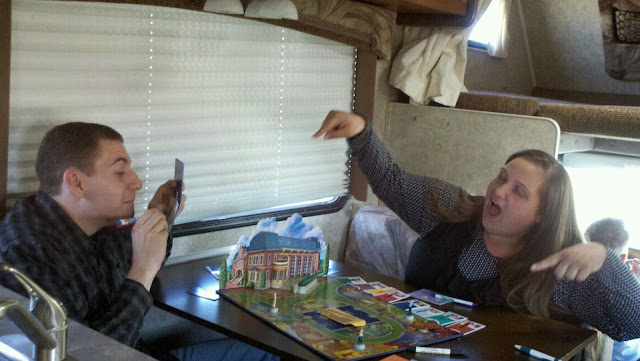 On the way home we went with Seth and Alyssa and made a last minute to Knottsberry farm!!! 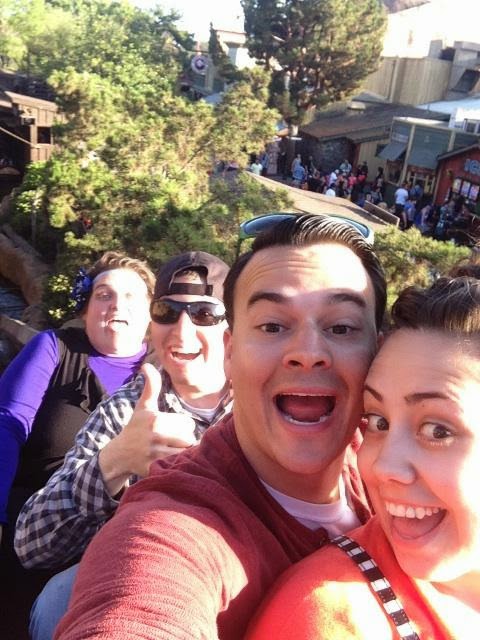 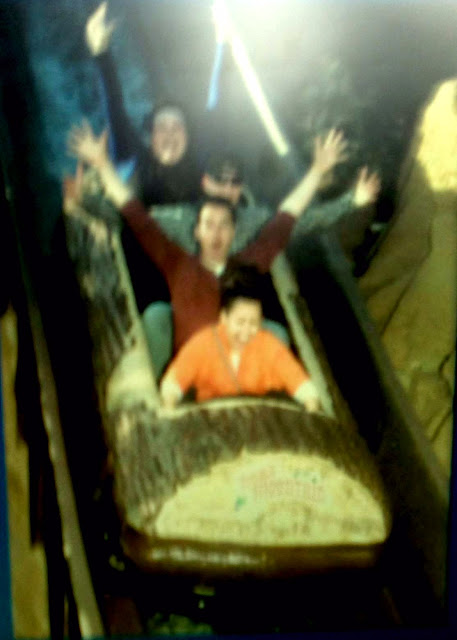 THIS ride doesn't seem nearly as thrilling after you have been on Disney's Splash Mountain!!! 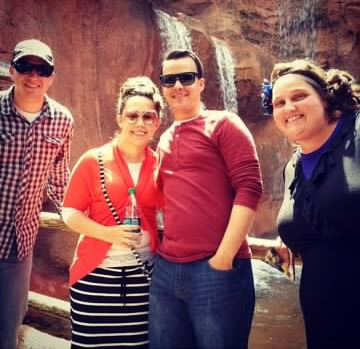 I looooove this pic cuz it looks like Stultz and I are TOTALLY photo bombing a couples pic buuuuut we aren't...it WAS supposed to be a group pic!!! LOL
.
The rest of the way home I was determined to make an Adventures in Odyssy fan out of Stultz, I'm trying explain that Apostolic girls LOOOOOVE it when a guy can quote AIO...Can I get an AMEN ladies??? Buuuuuut then I ZONKED out and yeah...
.
It was pretty hard for them to wake me up!!! When we finally pulled up to the church they were asking me if I wanted to get my luggage and I said NO...then I walked to Stultz car and like LITERALLY if he had not unlocked the door to his car for me while he was getting his luggage I would have just laid out on the gravel of our church parking lot and gone to sleep....that's JUST HOW EXHAUSTED I was!!!
.
In the morn EVERYONE just assumed that I would be missing church cuz of how tired I was.....buuuuuuuuuuuuuut MAR BEAR DON'T MISS CHURCH!!!! I may have gotten there five minutes before the preaching, with my eyes barely open and leftover hair from what Anali had done of it on Thursday night and may have been even later cuz I forgot that when I left for camp I left my car behind on E, buuuuuuuut I did NOT miss church!!! HAHA!!!
.
I had to type the preaching message for Bro. Earl, the elderly man in our church that is hard-of-hearing, and I was sooooo tired I literally was typing with my eyes shut!!! Then I looked at Bro. Earl annnnnd HIS EYES WERE SHUT!!! We were total kindreds!!!! BAHAHAHAHA!!!!
.
After church my sis asked me where I wanted to go eat and I was like, I can't even eat I'm to tired...then on the way out of church I tripped over the platform!!!! Everyone was just like GO TO SLEEP!!! Anywayz, OMW camp was sooooooooo much FUNNNNN!!!!
EMAIL ME PICS PEOPLE!!! Maryfranceswriting@gmail.com
♥Mary Frances :)
Posted by Mary Frances at 3:59:00 PM