When Jesus fed the 5000 men and the woman also, when he broke the two fish and five loaves, were the fish RAW or COOKED??? 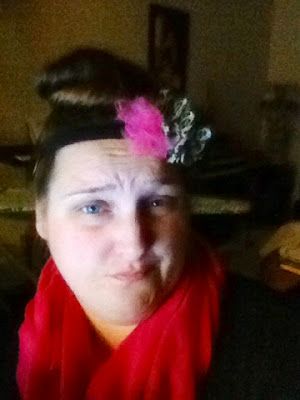 Cuz Wednesday night I was teaching in class annnnnnnd...Cuz last night I was teaching and it said Jesus break them... And in my head I was like, I wonder if they were raw???? ewwww did the guts come out???
.
Yes people REALLY these are the kinds of things that I, Mary Frances Ginty, WONDER ABOUT!!! Sooooooo I began to send out text messages to ALL MY FRIENDS!!! LOL I got A LOT of different responses...MY FAVORITE was Cherie Marchbanks...AHAHAHA...SHE SAID...
"maybe they FRIED them and ate them with watermelon!! You never know!" Yes Cherie, you are RIGHT, YOU NEVERRR KNOW!!! I'm sure Jesus was a big fan of SOUL FOOD...After all, HIS FIRST miracle was, he turned THE WATER IN TO GRAPE DRINK!!! (Woot, WOOOOOOT!!!;)
.
I was getting a ton of different responses, it was soooo funny!!! The most common was that it was dried fish! Someone else said that maybe Jesus cooked them after the boy gave them to him...someone else said, who knows if he could multiply the fish couldn't he just instantly cook them also?! Someone else thought they were grilled....SMOKED...then there were the Sushi people...LOL... Or should we say, SONshi???  You know, CUZ JESUS MADE IT??? HAHA!!! Then someone else said, "Well if they were raw, He blessed them so they were ok!"
.
THEN in steps my friend, Jen Lord, she says, "they were most likely cooked because Jews wouldn't eat raw fish !!!" I was like, OH THATS RIGHT!!! I forgot  all about the Jewish laws concerning food... LIKE it didn't even cross my mind!!! I'm like, WOW!!! Jen is soooo SMART!!! I totally marked her as BIBLE SCHOLAR!!!
.
Weeeeeeeeeellllll THEN another friend said that they thought that fish, even raw fish was considered clean under the Jewish law!!! I was like, saaaaay what???? I didn't know that!!! Sooooo outta curiosity I looked it up annnnd I tell ya its TRUE!!!
.
According to, Cooking with the Bible, Fish, when available, did provide an important supplement to the diet of ancient peoples, so important, in fact, that Jerusalem had a marketplace called the Fish Gate (II Chronicles 33:14, Nehemiah 3:3; 12:39, and Zephaniah 1:10). Jewish dietary laws divided fish into clean and unclean food for consumption: those fish with scales and fins (that is, most fish) were considered clean (though eels were excluded, and shellfish were certainly prohibited [see Leviticus 11]). Fish, whether small or large, were consumed fresh or dried, salted or pickled, raw or cooked. The smallest fishes were thought to be particularly healthful, though the Jews seemed to have avoided young fish (other cultures did not). Often enough, fish were allowed to begin decomposing before being prepared for the table so as to achieve a distinctive taste. The eating of fish was also recommended during pregnancy. Fish brine was used as a seasoning, fish oil as a fuel, and fish skins as a writing surface; fish bones were fashioned into writing implements, hooks, needles, and hair ornaments.
.
Soooooooo basically, at the end of all this,
Were the two fish RAW OR COOKED???
In conclusion...
We don't know!!!
I, in my own personal opinion think that they WERE COOKED in some way, weather, smoked, grilled, dried, boiled, baked or whateverrr, BECAUSE if I was a mom packing my lil boy a lunch, I would NOT just throw in RAW FISH!!! That would be the equivalent in todays world of just stickin in some slices of bologna or SPAM or  something...NO OFFENSE to any mom's that do that...BAHAHA!!!Besides, the Bible says that Jesus BREAK them NOT squeezed them!!!
.
Furthermore, it DOES SAY in Cooking with the Bible that they have to be fresh to eat raw... if they were sitting in the little boys lunch for a while they really would NOT be considered FRESH anymore... if ya know what I mean...EWWWWWW....SOOOOOOOO YEAH...THEY WERE SOOOOO NOT RAW!!! LOL
.
Of course this is all jus me bein curious, it's not like I really need to know!!! Sometimes its just fun to study stuff out...
SOMETIMES I JUST LIKE TO WONDER!!! :)))
♥Mary Frances :)
Posted by Mary Frances at 9:35:00 PM