Our church's Youth Rally last night was AMAZINGLY AWESOME!!!! I was a greeter, Which I LOVE doing, big surprise RIGHT?! ;))) This was me,  Praise The Lord, WELCOME TO LANDMARK!!!! NO ONE got by the doors of our sanctuary without a Mar Bear HUG, or if you were a guy, a Mar Bear SHAKE!!! Hee, hee!!!
.
The song service had a great spirit of worship annnnnnd our church chorale was SOOOOOOOOOOO AWESOME!!! I know we're not supposed to like brag, buuuut i feel like I can because the awesomeness of the choir had NOTHING to do with me!!! LOL We sang The Abbott's song, "Washed in the Blood!" Bishop Abbott sang the verses...OMW it was sooooooooooo GOOOOOD!!! I felt the annointing of God during that song!!!
.
The for the preaching...BRO. TREVINO!!! You know, the Pacific Coast Camp Principal!!! 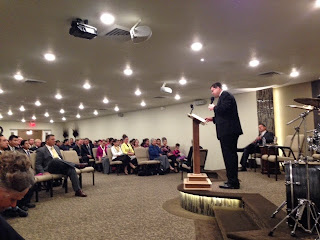 It was AWESOME!!! He preached a message called, "The two Attitudes At The King's Table!" It was sooooooooooooo good!!! He basically talked about the people that are unhappy because of what THEY CAN'T DO!!! What they CAN'T HAVE!!! And they're filled with the Holy Ghost and have all the blessings of God before them, but all they can think about what THEY DON'T HAVE!!! Then there are the other people at the Kings Table! The ones that never knew this truth, buuuuut they somehow got taken into the kings table and now they are so THANKFUL FOR IT!!! Obviousley it was a LOT better than one I just said, we had a POWERFUL alter call!!! Young people were literally running to the alter!!! I highly reccomend hearing it!!! 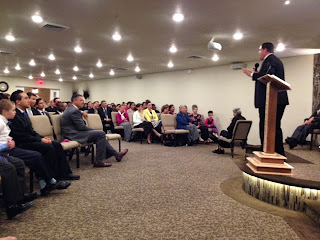 There was a UMMMMM Classic Mary Moment during the service!!! LOL See I was praise singing during the service, soooooo before I started greeting, I put my purse, THE ETHIOPIAN purse on one of end chairs of a row, I figured when I was done praise singing I could just go sit in my saved seat since we were pretty full in there!!! Weeeeeeeeeeeeeeellllll....I realized when I was praise singing that the row I had put my purse on was filled with guys...LOL soooooooo when it was time for the preaching I just went and sat with the Abbotts!!!
.
Weeeeeeeeeeeeelllllll...around 9pm I hear this like, BEAUTIFUL twinkling music noise playing from where the guys were sitting. I thought, oh someone's phone is ringing!!! It keeps going and going and going, the guys are laughing, ALL OF THE SUDDEN I REALIZED, it was MY PHONE and it wasn't a phone call it was MY ALARM!!! I set an alarm so that I remember to take my medicine everyday, ANNNND the alarm doesn't go off till you TURN IT OFF!!!
.
I'm like, DENAE, thats the alarm on my phone and I left it over by the guys, you just have to understand that WHERE I WAS SITTING, it would mean WALKING ACROSS THE FRONT OF THE CHURCH, the platform, Bro. Trevino preaching....AAAAAAuuuuuggggghhh!!! We saw the guys kept looking over at my purse but they were scared to actually go in it!!!! Finally, me and Denae got Anthony's attention, he was sitting next to the purse, we motioned for him to GO AHEAD INTO MY PURSE AND TURN OF THE ALARM!!! He did it!!! LOLOL Phew!!! I knew THAT ALARM WAS A BAD IDEA!!! 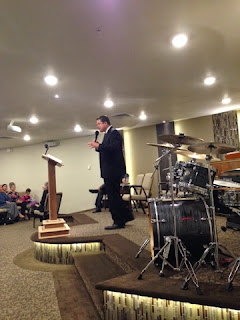 After church...Me and Brett...Making all the lil girls of Pentecost JEALOUS!!! Hee, hee!!! 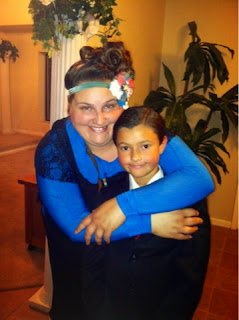 Me and my lil niecey!!! Lil Miss BEAUTIFUL BETHANY!!! 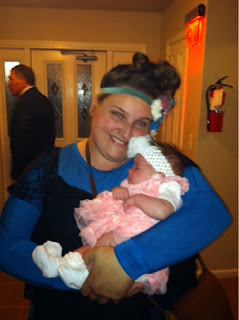 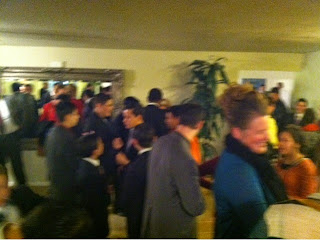 The sanctuary and foyer was JAM PACKED!!! 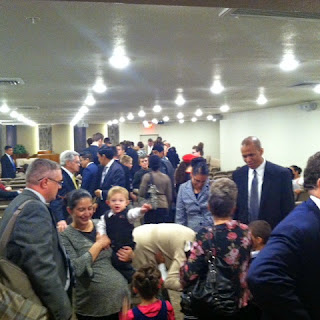 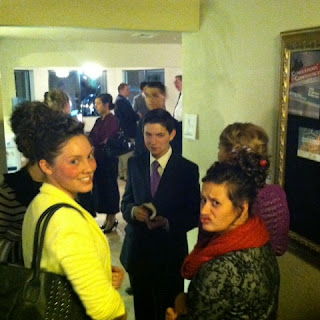 Afterwards we all went to Culvers, thats the LPC YOUTH RALLY ANNUAL HANG OUT!!! AHAHAHA!!! Sooooooo Denae was watching this group of kids...it was HILARIOUS!!! 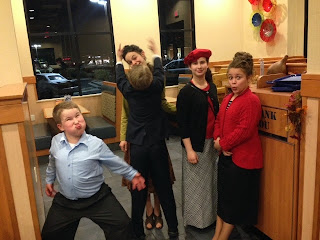 Bro. Trevino's Daughter Lana...She totally looks like a mini Danae Dearo!!! They need to take a pic together because they could totally be TWINS!!! 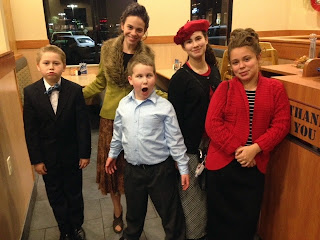 Annnnnnnnd the boys were trying to show off...HILARIOUS!!! 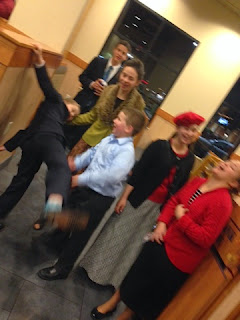 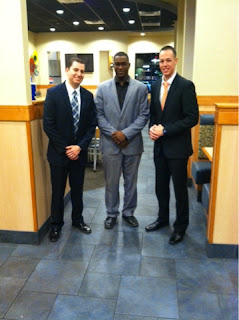 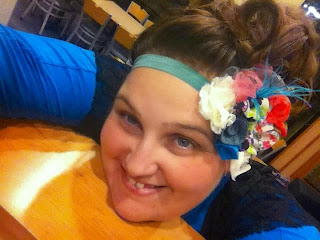 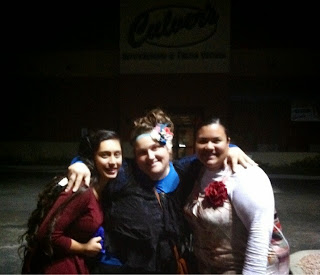 After Culvers closed, we all just kept on hanging out in the parking lot...it was FREEZING!!! Then even the all the other young people had left and me Slinky, Stultz and Tommy were just hanging out in the parking lot...I'm like duuuuude its just us, we see each other ALL THE TIME and we're FREEZING!!! See thats the problem with being an Arizonan, your NOT PREAPARED for COLD, like EVERRR!!! Annnnnd it was 47 degrees out!!! Buuuuuuuuuuut we were having a blast with each other!!!
I'm like, LPC SELFIE!!! 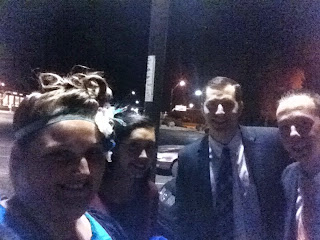