Our Holy Ghost party/Harvest Festival was such a blast this year!!! For fun we dress up as Bible characters!!! 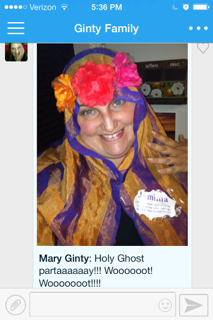 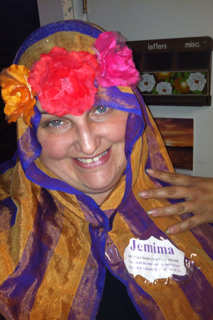 Yes PEOPLE, JEMIMA!!!
I managed to find THE MOST ETHNIC stereo-black-name in the Bible!!! BAHAHAHA!!! Soooooooo when MY PASTOR saw me and saw my name tag with JEMIMA on it, he said, I WANT SCRIPTURE FOR THAT!!! I was like, WHAT everyone knows that Job's daughters were the fairest in all the land...he's like, NO I mean the JEMIMA PART!!!
.
OF COURSE!!! I mean, HELLOOOO...Bible College graduate of College of Apostolic Ministries like, TWENTY TIMES RIGHT HERE!!! Of COURSE I'm gonna have scripture for it!!!! I whipped a Bible out so fast and showed it to my pastor!!! He said No way and just started LAUGHING!!! 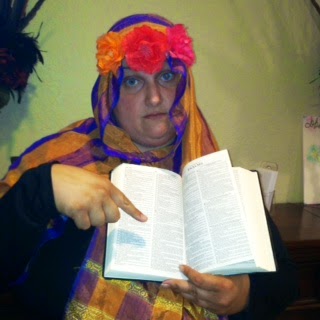 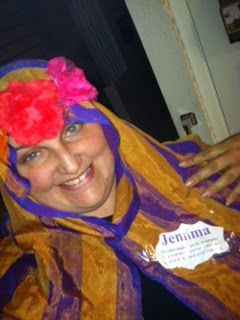 Sooooooooo about a month or so ago, Bishop preached a message and he mentioned Job and all that he went through ANNNNND THEN he said that Job's daughter's from this last batch were, THE FAIREST IN ALL THE LAND!!! Annnnnnnd for some reason I couldn't stop grinning when he said this!!!
.
Denae looks over at me grinning and just starts laughing, my brother's were like shaking their heads...THEY KNOW ME...LOL...Afterwards Denae was like, I knew that wasn't going to go past you!! I'm like, NOPE!!! Then at the same time we were like, HEEEEEEY that's what we should be for the Holy Ghost party this year!!! 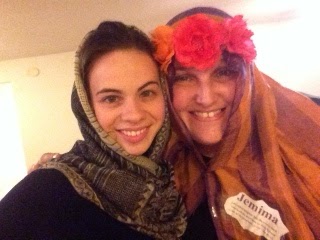 Job's daughters, the fairest in all the land. that would be US!!! 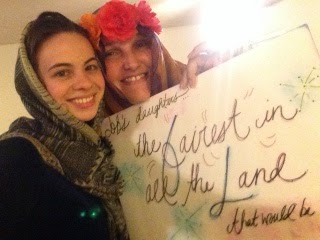 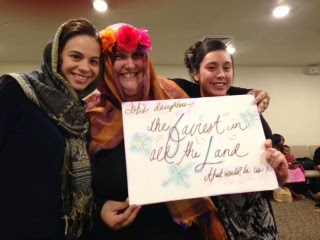 Then we got SLINKY to join us since there were three daughters! She was like, BUT I don't even have a costume! Bishop was like, that's ok! All you have to do is stand there and look BEAUTIFUL!!! Awwwwwwww!!!
.
Soooooo watch out people, two of Job's daughters will be at WCC this week...
COSTUMES DITCHED!!!
Wooooot! WOOOOOOOT!!!
And in all the land were no women found so fair as the daughters of Job."
♥Mary Frances :)
(Holy Ghost party part 2 is coming!)
Posted by Mary Frances at 11:51:00 PM