Heeeeeeeeeey everyone!!! I just wanted to give all my readers an update on ME and whats going on with me! As you may have noticed my blog posts haven't been up quite as frequently. The reason for that is because my mom has been very, very, VERY sick! We pretty much almost lost her in December! We didn't know what was wrong with her, she was just getting weaker and weaker, and couldn't stop sleeping and starting to say really loopy things.
.
She refused to let us call the paramedics but finally all five of us kids convinced her to let us and when they took her into the ER we found out that she had kidney failure and would have to begin dialysis immediately...buuuuut if we hadn't called she would have just died from the poisons that were filling her body. The toxins were also the reason WHY she was constantly sleeping and having so much confusion in her mind. After several treatments, her mind began to clear and eventually she was able to leave the hospital but has been in a rehab center to try and get some of her mobility back!
.
Right now she has been having severe pain in her legs so that's an added complication to things,  If you all could pray for her I would GREATLY appreciate that! Between the insurance company, the rehab center and the dialysis center, there is a LOT of disorganization, miscommunication and a lot of red tape...annnnd SOME LAZINESS on worker's parts...sooooo just pray that these people step it up a notch and that these people figure out what needs to get done!!! My mom's name is Frances Ginty...just soooo you know when you pray!!! Thank you guys, I greatly appreciate it!!! 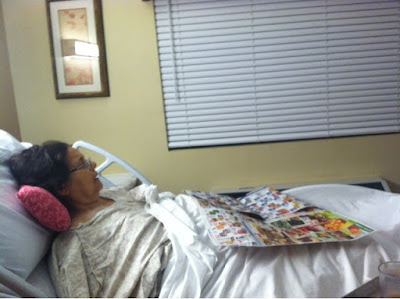 See my lil mommy poo, isn't she soooooo cuuuuuute???
.
I always tell her that and she says, "adorable Mary"....you have know how she says it tho...you know sarcastic New Yorker...LOL She still purrs at me when I purr....even when she was soooooooo sick she ALWAYS DID!!! Awwwwww I LOOOOOVE HER!!!
.
Anywayz, I've spent every night since the 16th of December with her at the hospital, I'm the only child that has no responsibilities to another human being...you know children or a spouse!!! Soooooo yeah, my routine has been a little off and will continue to be for a little while but I'm trying to get a NEW routine for blogging, soooo yeah, bear with me folks!!!!
.
Soooooooooooooooooo let me give you all an update on my 2016 THUS FAR!!! First of all, I ACTUALLY BOUGHT A PLANNER!!! 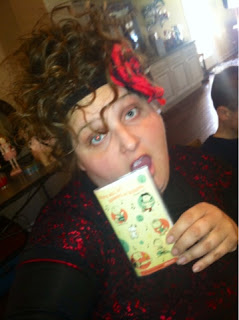 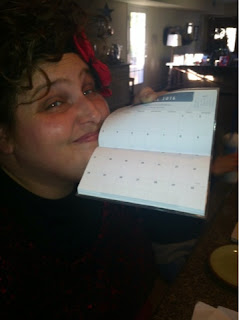 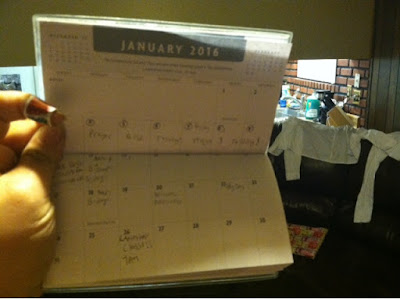 Now I just can't lose it...HA!!! We'll see how that goes!!! LOL
.
This was a really, really cool house with lights I went and saw by myself...Am I the only person that loves to take myself on dates??? Its FUNNNNNN!!!!! 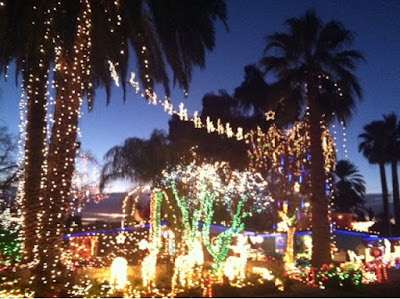 Its sooooooo cool!!! I was just driving by it and they had all kinds of stuff set up and hot chocolate you could buy, they had Christmas music, it was sooooooo COOL!!!! 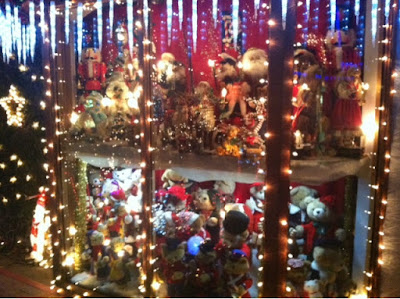 Last week I went to Conqueror's Conference with Tommy, Kelsey and Stultz, well we just went for the last day! Stultz did the Fresh Fire preaching at night...Very good job I must say, especially with only having a few hours notice...must of been the fact that I convinced him to break down and get some coffee...bahahahaha...JK...I'm pretty sure he did good cuz of the anointing...LOL buuuuuut he did get a TALL Starbucks, I was like, WOW!!! I felt a kindred spirit with him when I saw him drinking it...it broke tho when he said he only drank half of it and threw the rest out...I was like, THREW IT OUT???? I coulda drinken that!!! LOL Friends don't let friends, WASTE STARBUCKS!!! BAHAHAHA!!!
.
Anywayz, here he is preaching!!!! 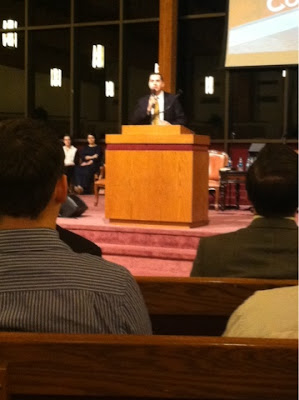 Afterwards we all ditched the AHEM, $17 banquet at Golden Corral and went to BJ's...which was funny cuz it was like the banquet got extended over there...People weren't eatin their food cuz they were nervous...I was like, I mean, IF I HAD KNOWN, you weren't going to eat, cuz you liked the person you were sitting next to, I wouldn't of ordered food and just eaten yours!!! AHAHA!!!
.
Annnnnnd apparently I was sitting in THE WRONG SPOT, I'm like, Okaaaaay I don't even have to be the girl that the guy likes so she gets her meal paid for, BUUUUUT can't I be THE GIRL, sitting NEXT TO THE GIRL, that the guy likes so he pays for her MEAL annnnnd the girl she is sitting next to...you know they pay for both to try and be subtle... Like they're just sooooo generous...duuuuude, unless you get EVERYONE'S BILL...you ain't generous...LOL...buuuuut its NOT soooo subtle... just in case you guys were wondering... you like her... WE ALL KNOW... BAHAHAHA!!! Anywayz, I just wanna be THE GIRL SITTING NEXT TO THE GIRL!!! LOL 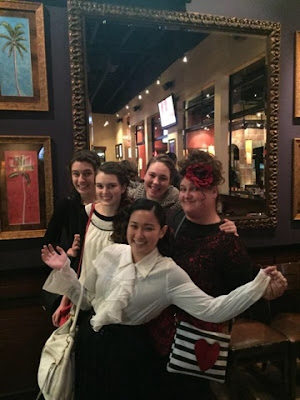 Here are all of us chicas, Grace, Megan, me, Kelsey and Kylie, See Kylie...I know your name now...Your NOT just the tall, slender beautiful girl from Bro. Brown's church, your now, KYLIE!!! :))))
.
Me and Grace, isn't she adorable??? LOOK AT HER DIMPLES!!! 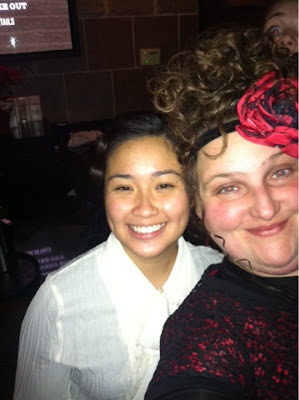 Anywayz, back home, I bought this pitcher to remind me of the one at Sis. Mary's where Hanna lives, Crystal light tastes so much better from here...FOR REALZ PEEPS!!! 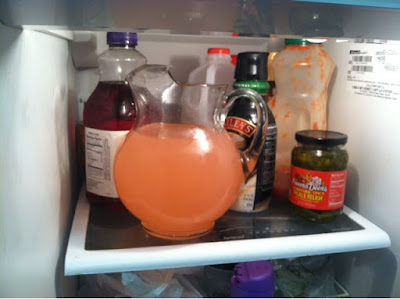 Annnnnnnd this is my new travel cup...isn't that soooooo ME???? 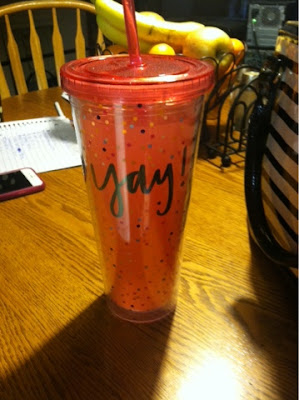 Annnnnnnd this is my new cup to drink from at the house, isn't it sooooooo PRETTY!!! 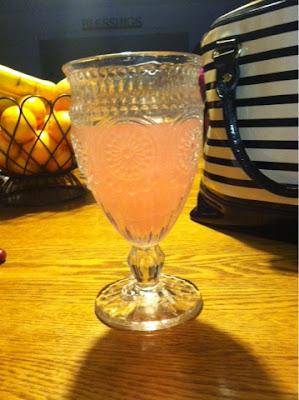 I love everything I have to be pretty and cute...even my pens I like to be cute...its just BETTER like that!!! LOL
.
I bought a tie for my FH at Savers!!! buuuuut not just any tie, a THANSGIVING TIE!!! See, it has little turkey all over it!!! I was like, AWWWWW!!! He has to have it, and when I give it to him I'll say, I got you a Thanksgiving tie, BECAUSE, I'm already THANKFUL FOR YOU!!!! Isn't that soooooo sweet!!!! Weeeeelllll, I'm touched and I'm not even the one getting the tie!!! LOL 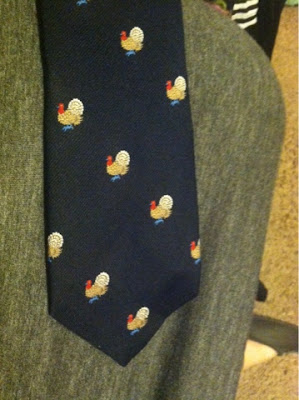 It hailed the other day here in AZ, I waslike driving and the rain kept coming in through my window that won't go up harder and harder, then I was like, OUCH!!! Yeah, us Arizonan's were pretty much freaking out to see WHITE!!! LOL 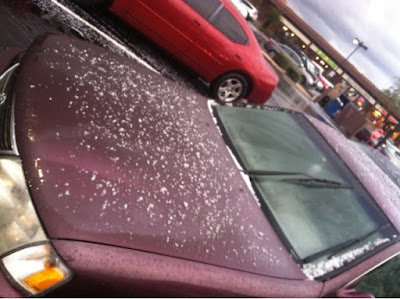 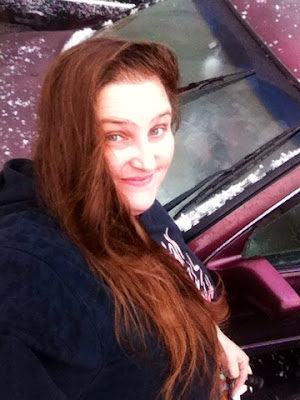 Please take note that my hair looks slightly reddish and I've always wanted to be a REDHEAD!!!! Wooooooooooooooooooohoooooooooo!!!!
.
This was completely cracking me up!!!! At church yesterday...One of the kids got their SOUP on a PLATE!!! I was like laughing soooooo HARD when I saw it!!! AHAHAHAHA!!! 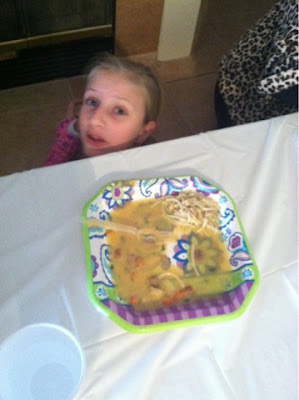 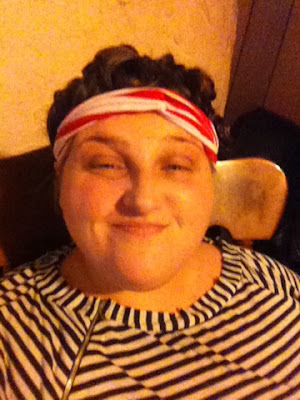 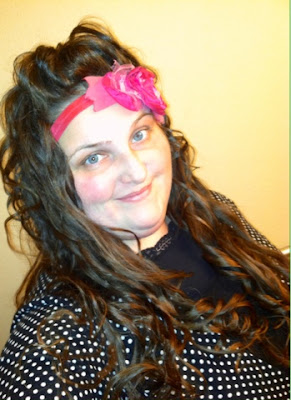