I was telling Hanna that I had tried the coffee from the Whole Foods coffee bar because her mom says its like THE BEST COFFEE, and Ethiopians KNOW THEIR COFFEE because, Ethiopia is THE ONLY COUNTRY that Coffee is native to! Sooooooo anyway, I was like, If Sis. Kifle says they have GOOD COFFEE, I better go check it out!!!
.
So I told Hanna I had gotten it twice now and she asked me what I thought of it. I said, I really, really like the flavor of their cappuccinos, 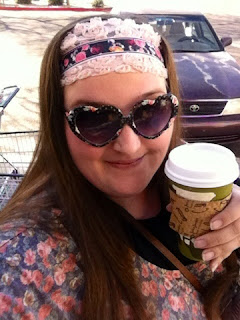 but that THE FIRST time I had gotten it, they had left SO MUCH FOAM in it, it was just RIDICULOUS!!! Not wanting to be an annoying customer, I just drank it and didn't say anything, because it really did have a VERY GOOD TASTE!!!
.
I told her, SOOOOOO the second time I ordered it and I said, A cappuccino buuuuuut, WITHOUT THE FOAM PLEASE!!!! Upon this statement, Hanna busts up laughing!!! I'm like, WHAAAAAAAAAAT??? I said it very NICELY!!! She then explained to me that one of the main things that makes a cappuccino a cappuccino...
IS THE FOAM!!!

WHAT IS A CAPPUCCINO???
A cappuccino  is an ♥Italian♥ coffee drink that is traditionally prepared with espresso, hot milk and steamed milk foam. Cream may be used instead of milk and is often topped with cinnamon. It is typically smaller in volume than a caffè latte, with a thicker layer of micro foam.
.
AHAHAHAHAHHAHAHAHAHAHAHA!!!! I can only imagine what the barriste was thinking when I requested, NO FOAM!!! Hanna was like, I'm NOT an expertise on coffee, buuuuut maybe you should try a latte next time...thing IS, I did, annnnnnd, it doesn't taste as good as the cappuccino!!!
♥Mary Frances :)