Thanks for the compliment!!!

Sooooooooo I was talking to some girls some time ago, and we were just talking girl stuff and ironically we got on the subject of guys and relationships etc...and I'm like yeah its been a REALLY loooooooong time since i've been in any kind of relationship!!! In fact, Bishop was actually our pastor back then. I'm like you know, I had been given a guideline by him that we could only talk 30 minutes...now by how well you know me...i'll let you decide at how well I was able to follow through on that!!! Remember I like to talk AND I'm bad at math...soooooo i may have thought 30 minutes was actually like an hour...
.
Anyways, he also had this guideline in general with phone calls. Like when me and his daughter Devi would talk, he said we could talk for 30 minutes a day cuz after 30 minutes, what could we possibly be talking about that wasn't gossip??? (Remember, we were basically kids at this point!) Sooooooo everyone just busts up laughing cuz its like sooooo on point to assume after 30 minutes of talking, that girls would start gossiping!!!
.
I'm telling the girls i;m with, like, yeah, I've told that to people before and they like, got offended FOR ME, liiiiiiiiiiike, I can't believe your pastor would assume that you would start gossiping after 30 minutes of talking. Didn't that upset you??? I'm like, OH it didn't bother me he thought that, I actually took it as a COMPLIMENT!!!
.
They're like, WHAT??? HOW??? I'm like, weeeeeeeeeeeeeeeeelllll for the fact that HE ACTUALLY thought high enough of me,
that he ASSUMED I could go for 30 whole minutes
WITHOUT GOSSIPING!!!! 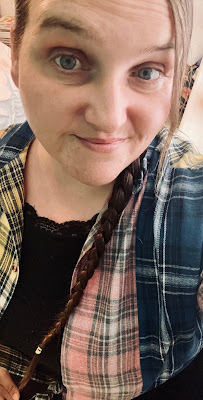 I mean, if you had known me when I was 16, really, I was honored!
Liiiiiiike WOW...
THANKS FOR THE COMPLIMENT!!!!
AHAHAHAHAHAHAHAHAHAAAA!!!
#JuuuuuuuustKidding
#ItsOkToLaugh;)
♥Mary Frances :)
Posted by Mary Frances at 10:00:00 PM