Soooooooo before I started Keto, well actually, I think 🤔 this was back in the beginning of September or maybe even August still, I challenged my brother's HERE to a muffin war!!!
DD OR STARBUCKS??? 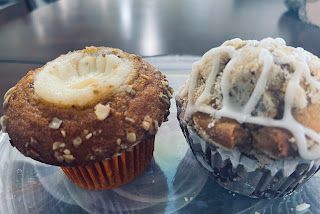 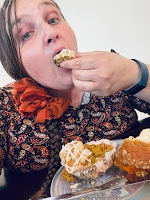 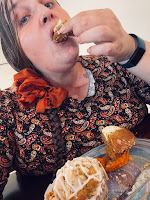 Annnnnnnd the winner🥇 is…
Okaaaaaaaay which one do you think I picked???
.
.
.
.
.
.
.
Believe it or not,
I PICKED DUNKIN DONUTS 🍩!!!
While I thought the pumpkin 🎃 spice flavor was equal in both, DD was sooooooo soft and FLUFFY!!!! And bigger annnnnnd prettier!!!! Ooooooh annnnnd CHEAPER!!!
.
Now my sister, O and Abe and Grace chose Starbucks !!!! One ☝️ of my brothers said when they got their DD it was dried out, which is what is sooooooooo annoying to me, aside from having the world’s worst donuts 🍩, they just aren’t consistent with something that is good, ALWAYS tasting good!!! Buuuuuuuuut the one I got was good!!!!
.
This is what my brothers thought 💭 HERE!!!! Now I challenge you to join the pumpkin 🎃 spice war!!!! Tell me what you think!!!! Maryfranceswriting@gmail.com
♥Mary Frances :)
Posted by Mary Frances at 8:05:00 PM