Soooooooooo this past Sunday, I was hanging out with my family, and while we were there, I was making ALL MY BOY nephews come and give Aunt Mary Hugs!!! Annnnnnd they were PRETENDING that this was such a travesty when in ACTUALITY they loooooooove my Mar-Bear Hugs!!! I mean lets be honest, THE SNUGGLE IS REAL!!!!
.
Weeeeeeeeellll while I had snatched up Tony in a hug as he was running by, Jeremiah yells out, I'LL GIVE YOU A HUG!!! So I'm like get over here then!!! So I'm giving him a tight-squeezy hug and says, YOU SMELL LIKE JESUS!!!
.
I was like awwwwwwwwwww!!!!
.
Buuuuuuuuut then I was like, WAIT, Jesus is a MAN...and men have a tendency to SMELL MORE THAN WOMAN!!! I'm NOT being sexist, it is a biological fact, men SMELL MORE THAN WOMAN...this is well known!!!
.
And i'm not being disrespectful, I'm just saying, Jesus is A MAN...annnnnnnnnnd HISTORICALLY speaking, they did NOT have as good of hygiene in the Bible days...this is TRUTH, plus aside from not bathing everyday, they did NOT have deodorant...if I had lived in the Bible days, that ALONE is the reason WHY I would still be single-because of NO DEODORANT...I don't have clue what they reason is now...buuuuuuuut in the Bible days, that would have been the reason...have I told you guys I have a very sensitive nose?? ;)
.
Looooooooooooong story short, I want to BE LIKE JESUS in every way characteristically, buuuuuuuut IF he smelled like a MAN, I do NOT want to SMELL LIKE A MAN!!!
.
Sooooooooo after my initial awwwwwwwwwww, I said, WAIT,
WHAT DOES JESUS SMELL LIKE???
.
Without hesitating he says,
LIKE AN ANGEL!!! 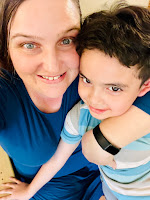