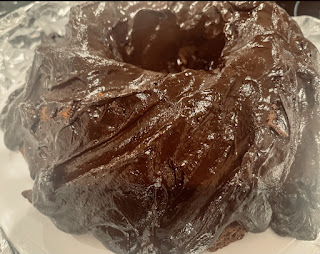 I said to my sister, LIIIIIIKE DUDE!!!! This cake is sooooooooo goooooood!!! I'm liiiiiiiiiiiike I AM SOOOOOOOOOOOOOO GOOD!!!! I'm liiiiiiiiiike OMW, I am SUCH A GOOD COOK!!!! My sister is just basically rolling her eyes because this is pretty much ME, EVERY TIME I COOK...until God decides I need some humbling...every time I think I'm THE BEST COOK EVERRRRR...God reminds me that I can't make Mexican rice...liiiiiiiiike my ONE IMPERFECTION is MEXICAN RICE!!!! (Ok there could be a FEW more!!!;)
.
Sooooooooooo i'm just in the kitchen talking about my cooking and I'm just like Theresa, liiiiiiiiiike I'm such a good cook, HOW AM I NOT MARRIED???? Liiiiiiiiiike it literally HAS to be because God has some huge reason I'm NOT married yet because IT IS NOT BECAUSE I CAN'T COOK!!!! She's just sitting at the table doing paperwork, hardly listening to me, and I'm like just one more time, liiiiiiiiiiiiiiiike don't you think I'm like THE BEST COOK EVERRRRRRR???
.
At this point Odin joins the conversation and he's like,
WEEEEEEELLLLL, that one time you did catch the oven on fire 🔥 and almost burned the house down, buuuuuuut other than that, you are pretty good… but you know,
THE FIRE 🔥!!!! 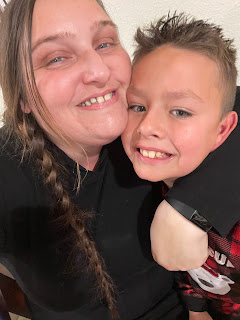 AHAHAHAHAHAHAHAHAHAHAAHAHAAA...Yes THE FIRE!!!! (You can read about that TRUTH HERE!!!;) It was soooooo funny!!!!! See that's just one more reason to marry me...I'm FIRE🔥 IN THE KITCHEN...literally!!!🚒🧯 BAHAHAHAHAHAHAHAAAA!!!!
Posted by Mary Frances at 5:47:00 PM