Sooooooo after I donated my bone marrow to my brother, I decided that I would like to be put in the bone marrow bank for another cancer patient that may need a bone marrow transplant.I've ACTUALLY been told by  people that I shouldn't do that and go through the whole process again for just some random stranger, "don't go all cRaZy saving lives now Mary! One is enough, you've done your part!" buuuuuuuuuuuut, I feel differently.
.
WHAT IF I had NOT matched my brother??? He would have been dependent on the generosity of others willing to donate to their bone marrow to strangers. If I get matched again, that person is someone's child, sibling, parent or spouse, and although the process of donating bone marrow is a bit uncomfortable and a little painful, a little time consuming, it's worth it to be a part of preserving someone's life!!!!
.
To me, donating my bone marrow isn't as great of a sacrifice as when someone donates an actual organ and their cut open to do it. Although the results to save someone's life is the same, it's not the same toll on the body of the donor. BUUUUUUUUUUUUUUUT, when I started the process to donate to my brother, the workers, doctors, nurses, CNAs, even the receptionists at the front desk would THANK ME for doing this for my brother!!! Annnnnnnd the only thing I was thinking is, HE'S MY LITTLE BROTHER, who wouldn't do this for a sibling??? (Liiiiiiiike literally, its not even that sacrificial cuz it would be a real inconvience in my life to go through the heartbreak of him dyin...jus sayin...keepin it real!;)
.
Yes,  my spinal cord was throbbing, I could feel my bones expanding, I had insomnia at night, and the last night I actually couldn't sleep because my heart started beating so fast from the medicine. Yes it was annoying laying still in a hospital bed for hours and having to use a porta potty and get help to use it...buuuuuuuuuuuut hey, my niece and nephews get to grow up with a dad and really everything I did was NOTHING in comparison to that!!!
.
Well they told me at the hospital, when I started the process to donate to my brother,  that my body would keep donating bone marrow and that it would be perfectly safe to donate to another person in the future and still be able to donate again to my brother if he should ever need more of my bone marrow. When I heard this I decided that I would for sure then want to be able to do this for another person as well so went HERE on BE THE MATCH and registered for kit to start the process of being put into the bone marrow bank.
.
I swabbed my saliva and sent it back to them in the envelope they send you. After a few weeks I got a message from BE THE MATCH that said they had processed my DNA and I was being saved into the bone marrow bank. Then they said and you are now officially apart of...
THE LIFE SAVING TEAM!!!! 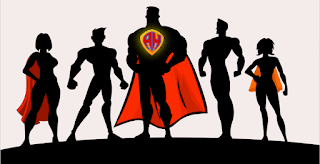 When I read that I was liiiiike WOWWWWW, I feel sooooooooooo COOL!!!
.
Annnnnnd that got me to thinking!!!
Have YOU JOINED God’s life soul-saving team!?!?
Have you committed to God to be a part of His work???
.
No it's not  glamorous. Sometimes you will feel uncomfortable. There will be times when you need to sleep, buuuuuuuuuut God wakes you up in the middle of the night and says, Ok, it's TIME TO PRAY!!!
.
It's not fun laying in your bed with a burden so heavy that your just shaking, your heart is racing, mean while they're out being STUPID. YET God is saying, PRAY! PRAY! PRAY! There's nothing exiting about exima rashes from the stress of it or answering stupid text messages at bedtime or answering phone calls you wish you could ignore... BUUUUUUUUUUUUUUUUUT...
YOUR COMMITED TO GOD'S SOUL-SAVING TEAM!!!
.
One of the most powerful messages i've ever heard, was Bro. Ikerd, missionary to Africa for 28 years and at the end of his life he came back and started one more church in Prescott AZ and you hear him addressing his church,(I'm paraphrasing!) telling them that he is coming to the end of his life. He says that his ticker is about to stop ticking and then he breaks down and starts to cry. WHY is he crying??? Because he says he is leaving, buuuuuuut there are still SO MANY LOST SOULS and WHO is going to reach them???? He is crying LITERALLY because his time on earth to reach souls is coming to an end! That impacted me more than any other message ive ever heard about reaching lost souls!!!
.
Maybe you're tired and weary, you think you've done enough or they tell you you've done enough, buuuuuuuuuut there is one more soul that needs you to reach them. a soul is lying in wait somewhere between heaven and hell and YOU have the opportunity to help get their soul to heaven. And when you think about it like that, EVERYTHING else seems to dim in comparison to the sacrifices you will have to make in joining God's Soul-saving team!!! If one soul gets to heaven because you joined God's team, that's ALL THAT REALLY MATTERS!!! #WorthIt
.
Somebody did it for YOU!!! Will YOU do it for somebody else???
WILL YOU JOIN GOD'S
SOUL-SAVING TEAM???
"To open their eyes, and to turn them from darkness to light, and from the power of Satan unto God, that they may receive forgiveness of sins, and inheritance among them which are sanctified by faith that is in me." (Acts 26:18)
♥Mary Frances :)
Posted by Mary Frances at 3:06:00 PM