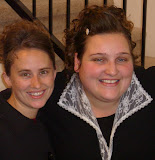 I just wanna say HAPPY Birthday to my goodest, good, good friend DEVI FOSTER!!! Devi Abbott was the FIRST friend I ever made! We met when I was 3 and she was 4. Our family had just moved from NYC and started going to the Abbott's church. I don't remember this but Dev says that I would talk to her soooooooooo much, but that I had such a STRONG NY accent that she had NO idea what I was saying, so she would just nod her head and say, uh huh, uh huh! LOL!
.
Me and Dev, we been through alot together. I spent a LOT of nights at the Abbott's house growing up! We've done Everything from, playin baby dolls to making our own mixtures of perfume- that smelled NASTY! We would use anything and EVERYTHING in these mixtures, INCLUDING some visiting minister's deodorant that he left in Dev's bathroom!!! LOL!!!
.
We've had A LOT of good times together BUT one time that has ALWAYS really stood out to me is in our late teens. You know, I've never been very athletic and ALWAYS been on the fluffy side... so this one time we went on this youth trip and a buncha us decided to hike around the lake. Well it was in the middle of summer, REALLY hot out and I was wearin flip flops, soooooo I didn't really wanna go...BUT...everyone was like, Oh come on Mary, just go! Just go!!! Soooooo I was like okaaaay...well of course I immediatley was like laggin waaaaaaaaay behind everyone else AND it was really frustrating me that I was behind. Cause I enjoy hiking but I just can't keep up with everyone. Soooooo basically, no offense to everyone else...LOL! But basically everyone just LEFT ME IN THE DUST!!! I was soooooo mad and frustrated, BUT then, there was Devi, she just left everyone else that was a head and stayed with me for THE WHOLE HIKE!!! It was one of the sweetest, and most thoughtful things anyone has ever done for me! I don't know if she remembers it BUT I have NEVER forgotten it!!! Thanks Dev for being that kind of friend!!!
AND congrats on the adorble baby!!! The BEST present EVER right?!?!
♥ ya lots and lots and lots!!! 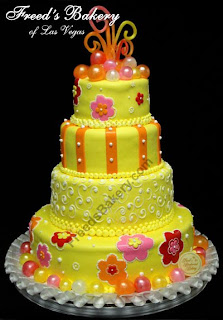