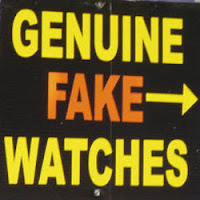 When your in NYC you see the FAKE sales people EVERYWHERE!!! Its soooooo AWESOME!!! Fake watches, fake purses, fake sunglasses...FAKE EVERYTHING!!! LOL AND there are two different kinds of fake sales people...﻿
1. The China Town men
2. The African men
I personally find the The China Town sellers ANNOYIN and I'll tell you why...  because they think I'm stupid!!! They come whispering over to you with pictures and tell you that they have REAL Coach purses for cheap!!! I say, REAL?! They say "yes Ma'aam, REAL!!!" Then if your interested they make you walk with them two streets over, through a back ally, to their shop, then bring you to a back room, move a fake wall and VOILA...there are the REAL COACH PURSES!!! I'm like, SOOOO these are REAL??? "Yes Ma'aam!!!" HA!!! RIGHT!!! BUT they really think that I'm gonna be fooled....I'm like I don't even CARE...I want a FAKE ONE!!!
Then come the African men. They don't got NO PAPER. They just got big O sheets filled with purses. They carry those things down the street and they don't try and TRICK me into believing its REAL!!! They just straight up ask if your interested, they untie the sheet and let you have your pick right then and there. They don't say REAL, they just let you know where EVERY ATIM on the street is and to HURRY cuz they don't want the cops to see them!!! HAHAHAHA!!!  Such honesty!!! I LOVE IT!!! :)
But my question is WHERE??? WHERE do they get them??? Where are the FAKE manufactures??? I wanna TOUR ONE!!! Furthermore...I wanna SELL THEM!!! How do you become a FAKE SELLER??? I sooooooo think that I could ROCK the FAKE sales world!!! I'm gonna have to investigate but one of these days I'm gonna find out WHERE!!!
Posted by Mary Frances at 1:33:00 AM