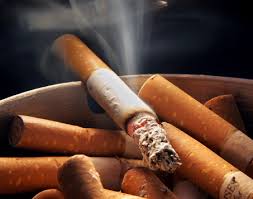 "Mary, I've decided I want to quit smoking and I need your help." These are the words I heard from my newly founded friend Kimberlee Ford this past January. I didn't know what to say at the moment. She had moved into our house the week before. She was new in church and was struggling with living for God. I had watched the past week as my new friend tried to live the Apostolic life, dressing in modest clothes, long skirts and I would do her hair in a Pentecostal up-do, but then she would have to run off for a smoke.

.
It was so sad to see her trying so hard to live holy, but it was so obvious that she was bound by this addiction. Kim says she felt like she was unclean. Like Adam and Eve in the garden, she had to hide herself from God because of her failure, hindering her from close relationship. Its hard to really feel holy with a cloud of smoke around you and the stink of nicotine all over you. She had already overcome so much. Ten years of hard core drug use on meth she had overcome, but she couldn't manage to break away from smoking.
.
"It had such a strong hold on me," says Kim. "Even back in the day when I was on drugs, when it came between my drugs or cigarettes I chose cigarettes." I really wanted to see her overcome this in her life and a part of me was really happy that she wanted so badly to change, but at the same time I was scared. How could I help her? I have heard so many testimonies of God delivering people from smoking, yet I had my doubts.
.
See my father, for as long as I can remember has been addicted to cigarettes. He always hid it from us a children, but I remember the day as a little girl that I found out my daddy smoked. My heart was crushed. I was so sad, but more than anything, I was scared! Smoking was BAD!!! Did this mean daddy wouldn't go to heaven? Over and over again my dad would try to quit smoking, but after a few weeks he would give in and go back. Eventually, he let this, along with other addictions pull him completely out of church. So even though, I had other friends that God had delivered I still had my doubts. I didn't want what had happened to my dad to happen to Kim. I didn't want to see cigarettes destroy my friends walk with God.
.
So when Kim told me she wanted to quit smoking, which was like the 6th attempt since she had gotten the Holy Ghost and been baptized in Jesus name 8 months earlier, all I could think of was my dad. My dad had been in church for a while and still smoked, just like Kim. My dad had already been baptized in Jesus name, just like Kim. My father had the Holy Ghost, just like Kim. My father FULLY believed then and still does to this day, the One God, Apostolic doctrine, he just couldn't overcome this addiction, JUST LIKE KIM.
.
However, I knew I couldn't let Kim see my doubts and unbelief. I really didn't know what to do or how to help her so I just told her the only thing I knew to do.  I firmly told  her that if she wanted to quit smoking, the only way she would be able to overcome it was through prayer. I wasn't going to push her to quit smoking. I knew that it had to be through God's prompting and completely her own decision. So after we talked about it, I didn't bring it up.
.
The next morning Kim brought it up again. She said that this was the day she was going to quit smoking. She bought nicotine patches that she was going to wear and she said that she had one cigarette left, she was going to go outside and smoke it, because she didn't want to be wasteful, then her and I were going to pray together. Now, I had my doubts with her reasoning to smoke her one, last cigarette because she didn't want to wasteful, since I had watched her in the few days that she lived with us, throw out quite a few Cokes because they were no longer cold or they had gone flat... BUT something told me just to keep my mouth shut, so I did. :)
.
After her last smoke, she came in and the two of us knelt down together in the living room and prayed. It wasn't a long prayer, but it was sincere from both of our hearts. We held hands when we started, then with tears of desperation streaming down her cheeks, she lifted her hands towards heaven and begged God to once again help her overcome this addiction in her life. After about a ten minute prayer I told her that whenever she felt like giving in and smoking, to come to me and we would do the ONLY thing I knew to do to help her;PRAY!!! Then we hugged and went on our day.
.
It wasn't to long before she came to me and said that she was really craving a cigarette. So I was like, Okay then, lets pray. We stopped whatever we were doing, held hands and prayed for God to take away this craving, then we just went on our day. Now you have to understand, I seemed calm and confident about this but inside I was really having my doubts and wondering how long this was going to last. Its not that I wanted to be negative, I was just being human, yet I KNEW that God really did have the power to deliver her and the only thing I knew how to do was PRAY.

If you want to quit, you just have to surrender all the way to God. Give Him full control, complete and totally depend on Him. Don't give up when you fail, keep on going. It is important that you have someone in your life that you can trust and be totally honest with about with your mistakes. The Bible says, "He that covereth his sins shall not prosper: but whoso confesseth and forsaketh them shall have mercy." (Proverbs 28: 13)
.
Kim's word of advice to anyone that wants to quit is, "GET A PRAYER PARTNER!" Someone that will pray with you continually anytime you need it. You feel a craving so strong you don't think you'll be able to overcome it, you go to this person and you pray together. You may think you that you can do it on your own but if you can't just remember you are stronger when you pray TOGETHER!!! "Two are better than one; because they have a good reward for their labour. For if they fall, the one will lift up his fellow: but woe to him that is alone when he falleth; for he hath not another to help him up." (Ecclesiastes 4: 10)
.
You, your prayer partner and Jesus bound tightly together and your gonna overcome whatever obstacle is in your life. "...and a threefold cord is not quickly broken." (Ecclesiastes 4:12)
Kim says...