If you can use anything Lord...

Take my hands Lord, take my feet...take MY HAIR!!! YES I SAID HAIR!!! Soooo as you all know...GOD CAN USE ANYTHING to be a witness to people AND TODAY... 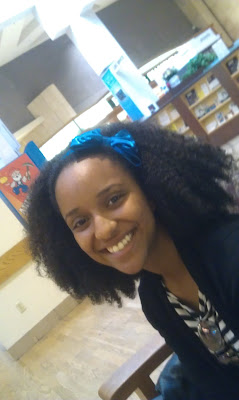 God used HANNA'S HAIR!!!
.
Soooooo I was like DYING to see Hanna's hair in its totally natural state and NOT straightened and she was just like OH just wait till you see it after we go swimming...its WILD!!! and like as soon as her hair got wet it was like these wildly AWESOME curls!!! Annnnnd I was just like, okaaaaaay I LOVE IT!!! Actually, I think I may have kinda screamed!!!
.
AnywayZ, Anali and I were just like BEGGIN her to NOT pull her hair back and put it up when we went to the mall, but to just wear it DOWN!!! And she was like, oh I'm not used to it like that...blah, blah, blah and all this stuff and I'm just like okaaaaaaaay WHATEVER...just EMBRACE YOUR CHOCOLATE GIRRRRL, show that Ethiopian/African pride and let the curls FLY FREELY!!!
.


SOOOO SHE DID!!! Me and Anali were like SOOOO HAPPY!!! LOL Anali said that this was THE FIRST TIME she had EVER seen Hanna's hair like this and then like me and Anali COULD NOT stop touching her hair and boinging her curls...HAHA!!! (She also made us BOTH promise that we would NOT post pictures of her on either of our blogs;)
.
So then after we ate dinner at an Ethiopian cusine...which will be ANOTHER whole blog post...cuz I had like ALL these Classic Mary Moments during this meal...HAHAHA!!!We headed it over to see Esther at her apartments which is the African community that I always go to. 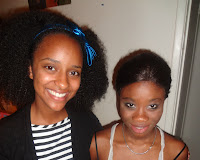 Weeeeelll the woman and girls there just LOVED HANNA!!!
Annnnnnnnnnd the FIRST thing Esther said to Hanna was WOW! I like your hair!!! And I am NOT sure HOW but the word like spread around about Hanna and then one by one African woman and girls kept coming into Esther's room to see Hanna and touch her hair and takin pictures with her...because pretty much they have NEVER seen a black girl with their REAL AND NATURAL hair that long and uncut...
.
Annnnd It was SOOOO awesome as Hanna would just talk to them and them that she was Ethiopian and her parents were from Africa and she has been there herself and it was really like such a witness to the African people. Hanna is THE FIRST REAL AFRICAN girl they have ever met that REALLY AND TRUELY, lives for God.
.
That has been a really big thing because at our church, aside from one Hispanic family it is pretty much ALL WHITE PEOPLE, aside from the African kids that come. Thats just the way it is cuz there is such a low percentage of African Americans in AZ. Even Hanna was sayin, it seemed soooo strange when we go to the mall and stuff to see hardly any black people around. So this has ALWAYS been a big thing with the African girls when I tell them that they CAN LIVE FOR GOD, despite their culture and past and everything...
.
I know that they just look at me and A LOT of them have even just straight up told me, welll your white, this is JUST THE WAY ALL AFRICAN people are. ANNNNNDD you can say whatever you want about thats just an excuse, blah, blah, blah...buuuuut...when EVERY AFRICAN PERSON you know lives immorally and the ONLY good and moral people you know are WHITE...I can understand!!! AND NO MATTER what I say, I know its in the back of their minds...
.
There have been times that I have wanted to get through to them SOOOO BADLY...I wished I could just be black soooo I could show them...See...it DOESN'T MATTER...buuuut of course...I can't change the way God made me...BUUUUT LAST NIGHT...there was HANNA...
A REAL AFRICAN 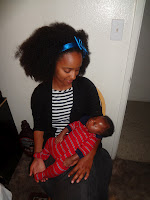 That REALLY LIVES FOR GOD... 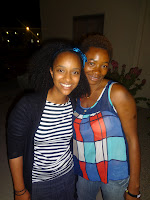 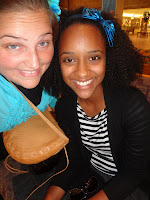 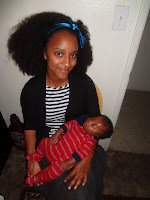 And Esther was even textin me later on about how pretty she was and how cool it was to meet a Pentecostal African!!! ANNNNDDD soooo Hanna gave me and Anali SPECIAL PERMISSION...to post all these pics of her and her AWESOME HAIR...she said...yeah...BUT ONLY BECAUSE GOD USED IT!!! LOL!!!
.
Then when we left Hanna was just like...WOW when we left...If I was here I think I would pretty much be over there every weekend. Now, I already have pretty much just LOVED and ADORED Hanna...but after she said that...it meant a lot to me to hear her say that... and I was just like OMW...I LOVE AND ADORE HER EVEN MORE NOW!!! 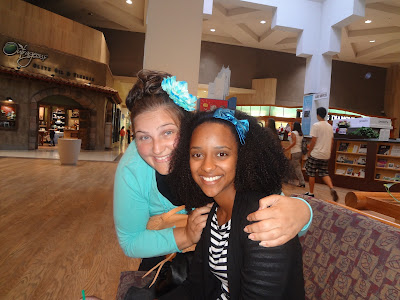 See GOD CAN USE ANYTHING to reach people... if you are JUST WILLING... ANNNNNNND THEN...when we were driving away me and Anali were like SEE HANNA...
GOD USED YOUR HAIR...
YOUR GLORY...
FOR HIS GLORY!!!
♥Mary Frances :)
Posted by Mary Frances at 12:56:00 PM