Mary's liked the SAME guy for one year???

Soooo remember people how I said I have crush ADHD??? Which I guess the way my brothers say it is like this, its NOT hard to GET MARY'S attention...its just hard TO KEEP it!!! LOLOL!!! (Buuuuut NO don't take that the WRONG way...once I ACTUALLY make a commitment and am in a relationship, i am SUPER LOYAL!!!) Sooooooo anywayZ, remember how I said me and my friend Anali had a challenge going on about me likeing THE SAME guy till the end of the year???
.
Weeeeellll SHE SOOOOO WON!!! LOLOL  Heeeeey you know what, I made it like TWO WHOLE WEEKS...liking THE SAME GUY!!! Thats pretty good, ya know!?!?! ANNNND we were joking around about how I have THE MOST ACTIVE-INACTIVE love life!!! AHAHAHAHAHA!!!
.
Then last night I was talking to my friend Jen from Texas and we were joking around about all my crushes and i'm like remember that ONE guy i liked waaaaaay back in August??? Man I sooooo thought he was THE ONE!!! I'm like you know who i'm talkin about right and she is like, Oh Chang-chong??? I'm like yeah, yeah, HIM!!! AND she is jus like OMW MARY!!! You didn't even remember his name DID YOU??? I'm like ummmmmmm...OOOOPS!!! AHAHAHAHA!!!!
.
Soooo I decide that THIS is going to be what its like when I ACTUALLY manage to like THE SAME guy for a whole year straight!!! Ima be like Heeeey PEOPLE!!! You all are sooooo NOT even going to believe this buuuuuuut I've liked THE SAME guy for one whole year...ALL THE WAY STRAIGHT THRU...WITHOUT once faltering in my feelings for this SAME guy!!!
Annnnnd EVERYONE is gonna like sooooooo FREAK out!!! Like nooooo way!!! Mary has liked THE SAME guy for ONE WHOLE YEAR??? Like WOW!!! Whats going on? Is it a blue moon??? Did Butter fly? Did meat balls bounce? Did the ocean stop waving? Was their an earth quake??? FLying pigs??? Did salt lose its flavor? ANNNNNNND i'll be all like...
Nope! NOTHING cRaZy like THAT...
its JUST... 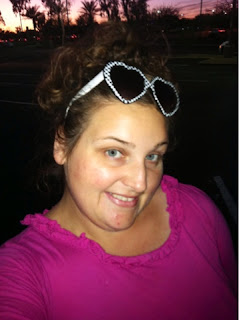