Soooooo I'll expand MORE on my weekend later on this week...it was such a blast buuuuuut...I'll start off by telling you all that I GOT A MAN!!! AHAHAHA!!! We went up to the snow with our youth and Travis and some of the others decided to build me a HUSBAND!!! LOLOLOL!!! 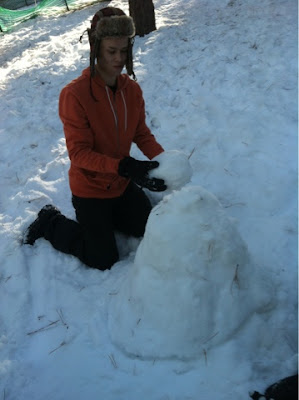 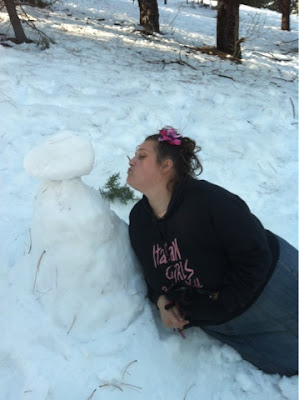 Buuuuuuuuuuuut I quickley learned that our relationship together would be DOOMED to FAILURE!!! Cuz you see...He is just TOO COOL...annnnnnnd weeeeellll you know ME....I kinda tend to make COLD MELT!!! Hee, hee!!! ;) Soooooooooo yeah...if we stayed together I would be destructive to our marriage...heh, heh!!! Being the UNSELFISH person that I am...I decided to let my WHITE MAN GO!!! Sooooooooooooo the good news guys...is THAT...
I'm STILL SINGLE!!!