Okaaaaaaaaaaaaaaaay sooooooooooo...as I said yesturday, this past weekend was such a blast!!! It started out Friday night with the youth rally at Bro. Brown's church! Weeeeellllll I had ACTUALLY thought about NOT going...LOL!!! Not cuz I think I'm to old...NEVERRRR...hahaha...buuuuut cuz I was realllllly scared about the looooooooooooong drive to Avondale from Paradise Valley....eeeeeks the freeways scare me!!! (I only like the  51!!!) annnnnnnd EVEN tho I DID drive to Avondale myself for the LAST youth rally...weeeeeelllll lets just say that some STUFF has happened since then that I'm trying to be EXTRA careful!!!)  HAHA!!! Buuuuuuuuuuuut I decided to offer my vehicle to everyone if SOMEONE would be willing to drive it for me!!! Turns out I had some takers!!! Denae and Sheree drove to my house, then we went and got Selena, Delora then we drove to Glendale and got Aurora then we headed over to Avondale, where we were met with Monae...cuz she was gonna be with me for the rest of the night but our youth leaders picked her up...Which I've really been enjoying helpin out with the teens... they are sooooo entertaining!!! LOLOLOL!!!
.
Soooooo I FINALLY got to hear my song that I've been BEGGIN all the song leaders at my church to sing, ♪I Know It Was The Blood!♪♪ I don't know WHEN or WHERE I heard that song buuuuuuut.... I have been like reealllly wantin to hear that song...The night we did communion I just kept singing that song and Bro. Sam said that he didn't have enough SOUL in him to sing it...LOL...weeeeellll I got to hear it at the youth rally...FINALLLLLY!!! Our song leaders NEED to get some SOUL in them and sing that song!!! Then Faith Hopkins sang a solo annnnnnd it was sooooooooo gooood!!! I've actually NEVERRR heard her sing a song all by herself...just in choirs and courtets and stuff...man that girl can SINNNNNG!!! Idk why she doesn't have her own CD out???? Like HELLLLOOO!!! LOL Okaaaay prob the same reason I don't actually have a book written...its easier SAID then DONE!!! HAHA!!! AnywayZ, sooooo THEN they had fresh fire and all the young men did such fabulous job!!! The fresh fire preachers were Tyler Shirk, Brett Rotenberger, Collin (Idk his last name) and Sammy Ramerez! (A former AMM) I was very proud of all of them!!! Then Bro. James, an evangelist from Bro. Garrett's church summed everything up with a really great message for young people!!! 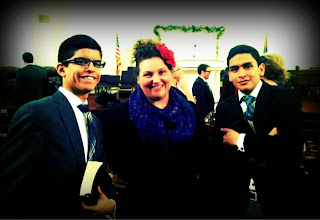 Sooooooooo after church the funnnnn immediatley began!!! My buddies, Andrew and Chris found me and immediatley started posing for pics!!! HAHA!!! Annnnnnnd just to let you know LADIES...these to guys are  really, really, really, REALLY good guys...On fire for God and sold out...soooooo yeah...you girls should ALL try to meet them...hee, hee!!!
APOSTOLIC WARRIORS...
ALL THE WAY!!! 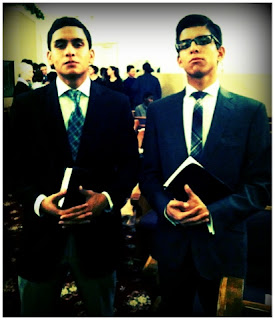 (I think the ONLY thing that could rank these young men HIGHER, is IF they attended Bible College...AHEM, AHEM...HINT! HINT!!! Btw- WHEN is BC starting this semester???)
.
Ooooo now they are being joined by SOME more great guys posing...Glenn and Jessie...Now GLEN ladies...he DOES attend Bible College...soooooo that brings him UP a few notches higher...Altho...I think he ALSO told me that he NEVERRR wants to see his face on MY BLOG...HAHAHA!!! Sooooo...that right there just brings him back down...BAHAHA!!! 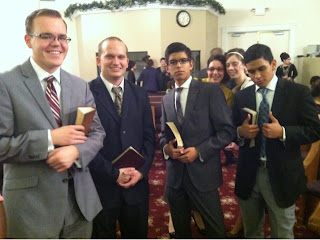 Annnnnnnnnnd we have some pretty little photo bombers that you all should take notice of...LOL!!! 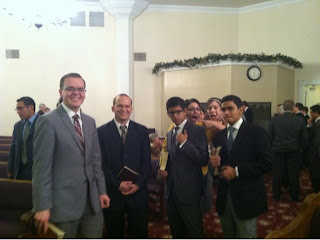 Annnnnnnnnnnnnnnd that would be MONAE'S arm presenting the young men to you all...aaaaahhhh MONAE...You all will be hearing A LOT about her from now on....buuuut I'll do a special intro post about her for you all!!! 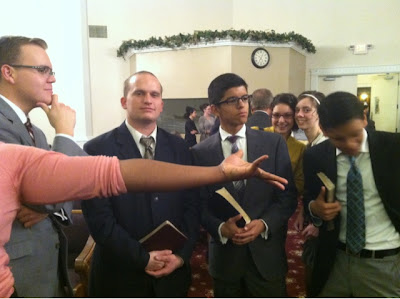 Then we had a youth night at the gym....and some of us girls AND ROBBY...haha...had a great game of basket ball!!! 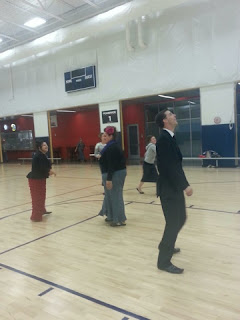 (Robby is one of those annoying people in my life... Like I've told him many times...I wouldn't bother being his friend...buuuuuut...I gotta make money SOME WAY annnnnd...his pastor pays me soooooo well..HAHAHAHa...J/K people...this is a LOOOOOOONG going joke with us...He's alright...lol...Like I told him, he is the little brother I NEVERRRRR WANTED!!! :))))
.
My part in the playing MAINLY consisted of A LOT of screaming...annnnnnd....A lot of LAUGHING!!! 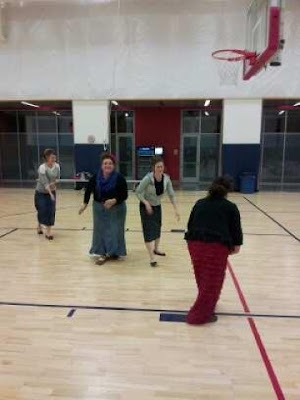 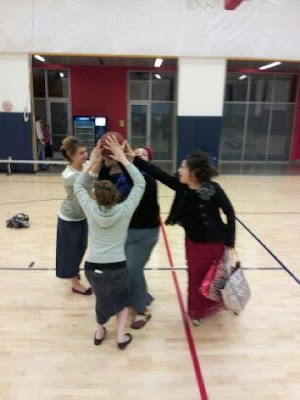 JUST GIVE ME ONE MORE CHANCE!!! ♪♪♪ 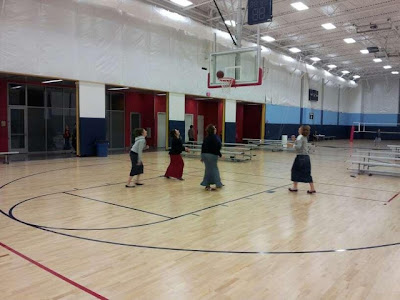 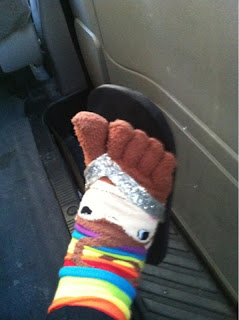 Ooooooo annnnnd here is Gleeeeeeeeeeeeen again....his face is saying....man I don't wanna be on her blog!!! Buuuuuut she is sooooo cool... 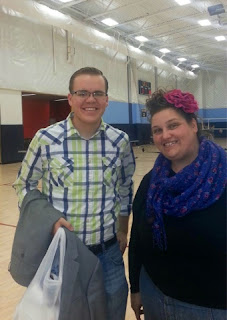 .
Me: OMW!!! DO YOU TWO LIKE EACH OTHER???
Annnnnnnd I won't tell you what they said...you can ask them yourselves..hahaha!!! 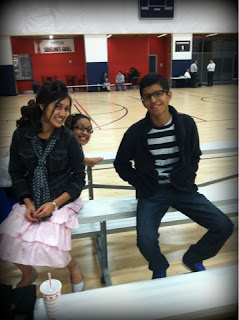 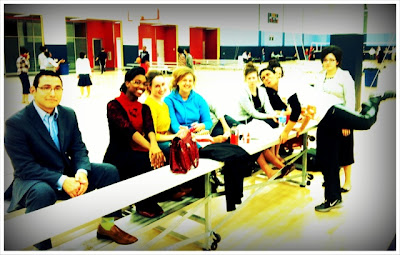 We had all had fun telling stories and stuff...I entertained everyone with my latest driving adventures and then I didn't feel TOO BAD after I started hearing everyone elses!!! HAHAHAHA!!! Ooooo btw LADIES...the guy in the suit...thats ADRIENNE(Don't know how to spell his name) AnywayZ, he is a GREAT guy also annnnnnnd he IS SINGLE annnnnnd I think he is like 22 and he is a really great guy annnnnd I'm on the look out for a girl for him...LOL...sooooo if any of you girls are interested...EMAIL ME!!! MaryFrancesWriting@gmail.com (Oh buuuuut he doesn't go to Bible College either...LOLOLOL) Buuuuut he is AWESOME!!! 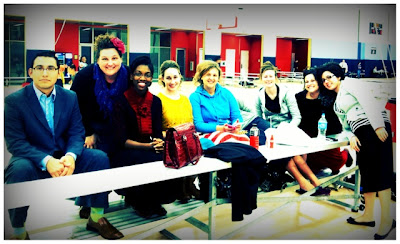 AnywayZ, it was a FANTASTIC NIGHT!!! Thankful for all my good friends and the great fellowship!!! Can't wait for us all to hang out again...don't forget to invite me to stuff...I got WHEELS NOW people!!! Annnnd I KINDA know how to use em!!! BAHAHA!!! ;)
Next partaaaaay is Cheramy's WEDDING!!! (I'm gonna be the barrista...Coffee server and TESTER..LOL)
♥Mary Frances :)
P.s. Tomorrow is about the SNOW TRIP!!! Ooooo that was soooo much FUNNNN!!!
Posted by Mary Frances at 9:58:00 PM