Sooooooooo i'm at the gym the other day on the treadmill, listening to Bro. Booker preaching on Holy Ghost Radio, and I notice a couple, working out together. I didn't really pay much attention to them at first, I just noticed that the guy was black and I didn't really get a good look but I could see from her arms that the girl he was with was white, and they were like sooooooooooo "In LOVE!" he would just dote on her, passing her the barbell so she wouldn't hurt herself and then take it away from her again when she was done, then he kept stealing lil kisses from her...annnnnd it may have LOOKED really cute to some people buuuuuuuut in my mind I was like, Okaaaaaaaay WHATEVERRR!!! Give me a break...This is NOT some secluded romantic place, THIS IS THE GYM!!! Your supposed to be WORKING OUT, NOT MAKING OUT!!! Like HELLLLLOOOOOO!!!
.
Well then I forgot about them, finished my work out and went out to my van to leave. So i'm walking in the parking lot and I see the couple again...annnnnd it looked like they were hugging or SOMETHING again!!! I'm like really??? WOW!! Soooo I get in my van and I have my headphones still on listening to the preaching and its almost done so I'm just sitting there and this COUPLE they are like NOW play wrestling sort of...I'm like WHAT in the WORLD??? And now they are kind of chasing each other and now they are tackling each other annnnnnnnnd...They tackle each other to the ground and i'm like whaaaaaaaat in the world??? Then I realize, wait, they are NOT playing, they are really FIGHTING NOW!!! They were like totally knocking each other around.
.
The guy turns around and his white tank that he had been working out in is torn halfway off...I'm like WOW!!! These SAME people were just like sooooooooooo "IN LOVE" a few minutes ago inside they gym and now they are like beating each other up!  Then it CLICKED!!! This was NOT the same girl he was with inside the gym!!! I had just assumed it was because she was also white! I figured it out...I had just walked out into a guy getting caught in the act of cheating on his girlfriend. My suspicians were confirmed when he stormed off to his vehicle and the other girl screamed out, "Annnnd you can just spend the night at HER house tonight, because I'm LOCKING my door!" He got into his vehicle and started to screech away, she got into hers and started to pull out and I didn't know what to do...I just felt so bad for her!
.
So before she drove off and waved her down and she got out of her car and i went over to her and I was like, "Are you ok?" And she says, "Oh yeah, I'm fine! Everything is ok!" So i really wanted to do SOMETHING for her, so I was like, "Can I give you a hug?" She was like, "NO I'm I'm FINE!" So I was like, "Well I'll pray for you!" She was like, "okay thank you!" Then she got back into her van and started chasing after the guy and they were driving around screaming at each other...annnnnd I seriousley think that if either of them had weapons they would have used them!!!
.
I just sat there in DISGUST and SADNESS!!!! What had seemed soooooo "ROMANTIC" inside was really something soooo FILTHY! I remember growing up Bro. Abbott would always preach about the BEHIND THE BILLBOARD! How there would be big billboard signs advertising smoking and the billboards always looked so glamorous! 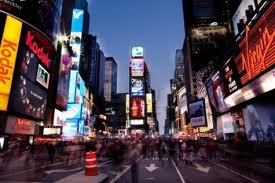 Two people at at a party, looking beautiful, with big smiles, flashing their perfectly white teeth and smoking a ciggarette! They always look sooooo happy, like they're haveing soooo much fun! They are living it up, having grand time and enjoying their life to the fullest!!! Bro. Abbott would talk about BUUUUUT...
.
IF you looked behind the glamour on the poster at the BACK of the billboard you would see nothing but dirt! Trash, chewed up gum, graffitti, bird poop, but you could NEVER see that from the front of the picture. All you could see was the glamour of smoking, but he said that behind smoking is really addiction, cancer, yellow teeth, bad breath and on and on and on. He would then talk about how that is the SAME way with sin. The devil will present something to you that looks sooooooooo WONDERFUL!!! Its seems like EVERYTHING you ever wanted but he doesn't show you the OTHER SIDE!!!
.
Annnnnd this was EXACTLEy what I thought about with this scene in the parking lot! Inside the gym they looked like the most romantic couple ever, but the OTHER side was unfaithfulness, hate, bitterness, anger, destruction....What had giving the apearance of LOVE was NOTHING but LUST!!! One persons lust was another persons hurt and heartbreak which only led them to hate and vile!!! We can't let ourselves be DECIEVED by the glamour of this world!!! The glitz is calling to you, its drawing you, and LIFE away from church, away from God, It may be fun for a little while, buuuuuuut behind it all there is NOTHING but filth! 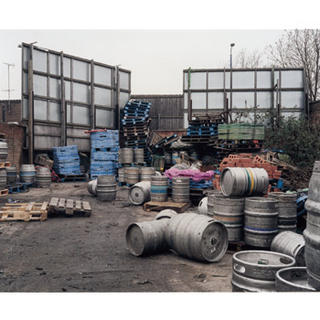 The devil would like NOTHING more than to leave his chewed up gum on the walls of your heart! He wants to lure you out then he'll litter your soul with his trash! He wants to clutter your life with his filth and waste!!! Don't fall for it! Don't let yourself be lured away!!! There is NOTHING of worth on THE OTHER SIDE of the billboard!!!
"There is a way which seems right to a man, but the end thereof are the ways of death." (Proverbs 14:12)
.♥Mary Frances :)
Posted by Mary Frances at 4:08:00 PM