When God Brings you a...

I was recently having a LONG and thought out conversation with some friends about HOW I felt like I was was called to a certain thing and how I couldn't see myself married to certain guys because thats NOT what I felt called to...I was like yeah...I mean I don't think I would be a good wife for...blah-blah-blah-kind of guy! I'm really a childrens kind of person and I know God led me to the African kids and thats just what and WHO i am...So my friends were like well thats good that you've thought this through..etc...
.
I call my friend like two days later and I'm like YOU KNOW, on SECOND thought, I think that I was WRONG!!! Because I've been working with the African kids for 7 years now annnnnd YES, I KNOW that God led me to them...I KNOW that God has given me a burden for them...buuuuuuuuuuut...I also remember two years ago,
WHEN GOD brought ME... 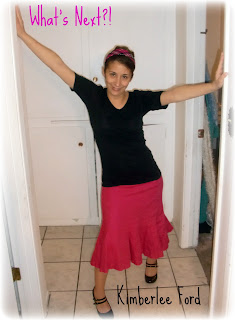 I was a Sunday School teacher and had already been working with the African kids for about five years already, annnnnnnnd without seeing or meeting her before hand, IF anyone had ever just told me that there was a 29-year-old, single mom, with a jail  record, used to be hooked on drugs, annnnnnd that this chick was a new convert that needed ME...I can promise you that I woulda been like...ummmm...Jail? Drugs? thats NOT really MY THING!!!
.
Buuuuuuuuuuuuut... I can HONESTLY say that I have NEVER felt a stronger burden or connection for a soul that I have with Kim!!! I've told Kim before, I've prayed harder for YOU than I've prayed for a husband!!! Kim's like, THATS a LOT cuz I KNOW how much YOU WANT A HUSBAND!!! I even remember praying sooooo HARD for her one time and after service people were coming up to me like, "God's GONNA give you that husband!" AHAHAHAHAHA!!! In my mind i'm just like, NO, thats not the reason for my tears...there is SOMETHING I want MORE than a husband and that is SALVATION for MY FRIEND!!!
.
It just goes to show that its NOT for us decide WHO or WHAT we are called to!!! God CALLED US TO REACH THE LOST!!! It doesn't matter the circumstances, IF they're is a hungry soul, GOD HAS CALLED US TO THEM!!! Its like HOW Jesus was going to Jarius's house to heal his daughter, he was on a MISSION...buuuuuut on his way to one mission, someone else came a long...another desperate WOMAN...and in the middle of one mission, Jesus stopped and took time for ANOTHER MISSION!!!
.
ANNNNNNNND thats just how it is with working for God!!! you may have been led to do a certain work for God! Bus outreach, music, Sunday School, Youth, Jail Ministry, African kids...WHATEVERRR....buuuuuut all of the sudden in the middle of one ministry, GOD BRINGS you a ...
KIMMY KAT!!! 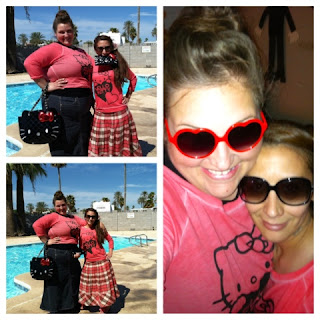 You weren't expecting it, you wern't looking for it, buuuuuuuuuuuuuuuut GOD brings it to you!!! Annnnnnd WHEN it happens, you have NO DOUBT in your mind that its a mission from God!!! On my own, in myself, I NEVERRR would have felt a burden for KIM...BUUUUUT God knew what was BEST!!! Its NOT for ME to decide what kind of a person I need to marry OR what I am called to do for God...its ONLY my job to be READY and WILLING for WHATEVER GOD CHOOSES for me!!!
♥Mary Frances :)
Posted by Mary Frances at 8:33:00 AM