Sooooo IF you have ever been in a Volley ball game with me, you KNOW that it will consist of me MOSTLY SCREAMING!!! LOL When the ball comes my way... I USUALLY, no matter HOW HARD I TRY, miss hitting it! Buuuuuuut...EVERY ONCE IN A WHILE...when I occasianally do manage to hit the ball, EVERYONE annnnnnnd I MEAN EVERYONE is shocked!!! 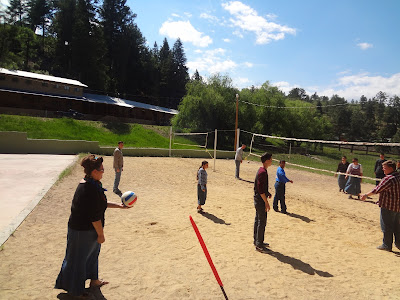 ANNNNNNDDD I also make sure that EVERYONE knows that I did in fact hit the ball and they had better all stop and cheer and congratulate me for ACTUALLY hitting the ball!!! I always just get soooo proud of myself for hitting it and really EVERYONE is just soooo happy for me!!! WHY??? Because I HIT THE BALL!!! We all make a HUGE deal about me ACTUALLY doing, what is THE VERY POINT of the whole entire game...HITTING HE BALL!!!
.
I know, pathetic right?! Buuuuuut ironically, the world is the same WAY about doing what is right!!! The other day i saw a People magazine cover while standing in line to pay and the cover article was all about this celebrity couple that was waiting for marriage to sleep with each other. 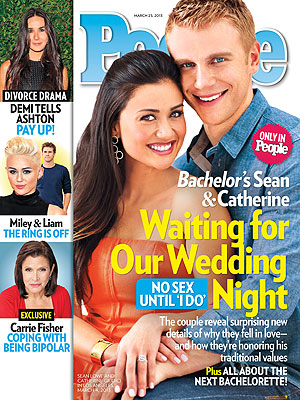 Now, i'm glad, REALLY I am, that they are choosing to do this, buuuuuuut WHY do THEY NEED to have a big huge deal made about something that is the very least God has requiered of us!!! All they are doing is, THE RIGHT THING!!! I've been to quite a few weddings in the last year of couples that have also made it to marriage pure annnnnd guess what? NO MAGAZINE articles have been written about them! They don't need to have people jumping up and down cheering for them because they have obeyed God and done things right. Its shocking to the world that people ACTUALLY do this...but the RIGHT thing shouldn't be a shocker!!! You shouldn't be like ME, in a game of volley ball!!! You shouldn't need to be cheered and oooo and ahed over for simply doing what God wants you to do!!!!
.
In the Bible days, and even in some countries today, if a couple made it to marriage pure, they didn't get an article written about them...thats just what was EXPECTED of them to do!!! Buuuuuut if they didn't make it to marriage pure and they were caught, you know it meant? DEATH!!! They had the right to be stoned to death!!!
.
The thing that should be blasted all over the billboards, magazine covers, is NOT when a couple chooses to do whats right. Buuuuut the fact that a perfect God, that is completely pure, righteous, all powerful, would look at us in our sin, and show mercy instead of judgement...that he would say to us, GO AND SIN NO MORE!!!
.
"And the scribes and Pharisees brought unto him a woman taken in adultery; and when they had set her in the midst, They say unto him, Master, this woman was taken in adultery, in the very act. Now Moses in the law commanded us, that such should be stoned: but what sayest thou? This they said, tempting him, that they might have to accuse him. But Jesus stooped down, and with his finger wrote on the ground, as though he heard them not. So when they continued asking him, he lifted up himself, and said unto them, He that is without sin among you, let him first cast a stone at her.

.
The thing that we should all be in aw about is NOT when someone does what is right, but that when we fall into sin, when we fail God, instead of him condemning us, that he would look at a heart that is truly repentant, wash it in HIS BLOOD and FORGIVE!!!
Wanna know whats AMAZING???
Not ME, doing what is RIGHT, but the fact that God would have mercy on me, when I don't deserve it!!!! THATS AMAZING!!! Write and article about THAT PEOPLE!!!
"Not by works of righteousness which we have done, but according to his mercy he saved us, by the washing of regeneration, and renewing of the Holy Ghost;" (Titus 3:5)
Write and article about THAT PEOPLE!!!
♥Mary Frances :)
Posted by Mary Frances at 11:46:00 PM