Sooooooooo I made a new lil buddy this year at Conqueror's Conference!!!I've been telling him EVERY time I see him that his mommy and I used to play together when we were both his age...He just looks at me like, WHATeverrrr!!! Then the next time ill see him and be like, Levi, do you remember me? and he's just like, NO! Buuuuuuuut THIS TIME I asked him if he remembered me and he said YES! And I was like, OH WOW!!! What's my name then? And he says, Mary!!!! I'm like, AWWWW!!!  Sooooo yeah, we are officially BUDS now!!! Finally!!! 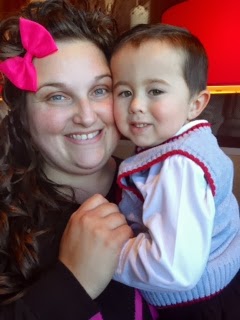 WEEEEEEELLLLL.... Wednesdeay night we went with the Roswell Youth to Applebees. I'm talking to Levi and I'm like, Levi, when you grow up are you going to be a preacher??? He's like, Noooooooo, when I grow up I'm going to be and ASTRONOUT!!!! I'm like, buuuuuuuuut Levi, is your daddy a preacher? He's like, Yes he is! I'm like, weeeeeeelllll... Don't you want to be like your daddy??? He's like, NOOOOOO!!! I want to be an ASTRONOUT!!!! I'm like, Oh OK then!!!! I'm like, well do you want to get married then? He's like, NO! I want have time for a wife!!! BAHAHAHAHAHAHA!!!!
.
A few minutes later he calls me!!! Mary! Mary! MARY!!!! I'm like, what? He's like, I changed my mind! He looks up and points to the TV hanging up and is like, When I grow up I want to be a FOOTBALL PLAYER!!!! Just like those guys up there!!! AHAHAHAHAHAHA!!!! I'm like OH NOOOOOO, Levi, you know those guys up there, they DON'T LIVE FOR GOD!!!! I lower my voice to really emphasize my point to them, I'm like, LEVI, they don't even have THE HOLY GHOST!!! He just looks at me, kinda shrugs his shoulders and VERY MATTER OF FACTLEY tells me...
"Weeeeeellllll,
I don't have the Holy Ghost EITHER!!!" 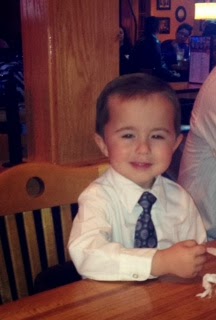