Okaaaaaaaaaay sooooooooo last Sunday afternoon we went to Aunt Chilada's Mexican resturaunt...NOW this place was Stultz's choice ANNNNNNNNND I said before hand that IF we didn't like it, that meant we got to TP his car!!! Heh, heh!!! Soooooooo WHAAAAAT do you think happened??? *Insert mysterious music, ♪womp, womp, womp♪ Dunt, dunt, dunt♫* then Evil Dr. Blackard laugh!!! BWAHAHAHAHAHAHAHA!!!
.
Soooooooooooo we went ANNNNND the chips and salsa were EXCELLENT!!! They have flour tortilla chips and they were like soooooooooo THEBOMB.COM 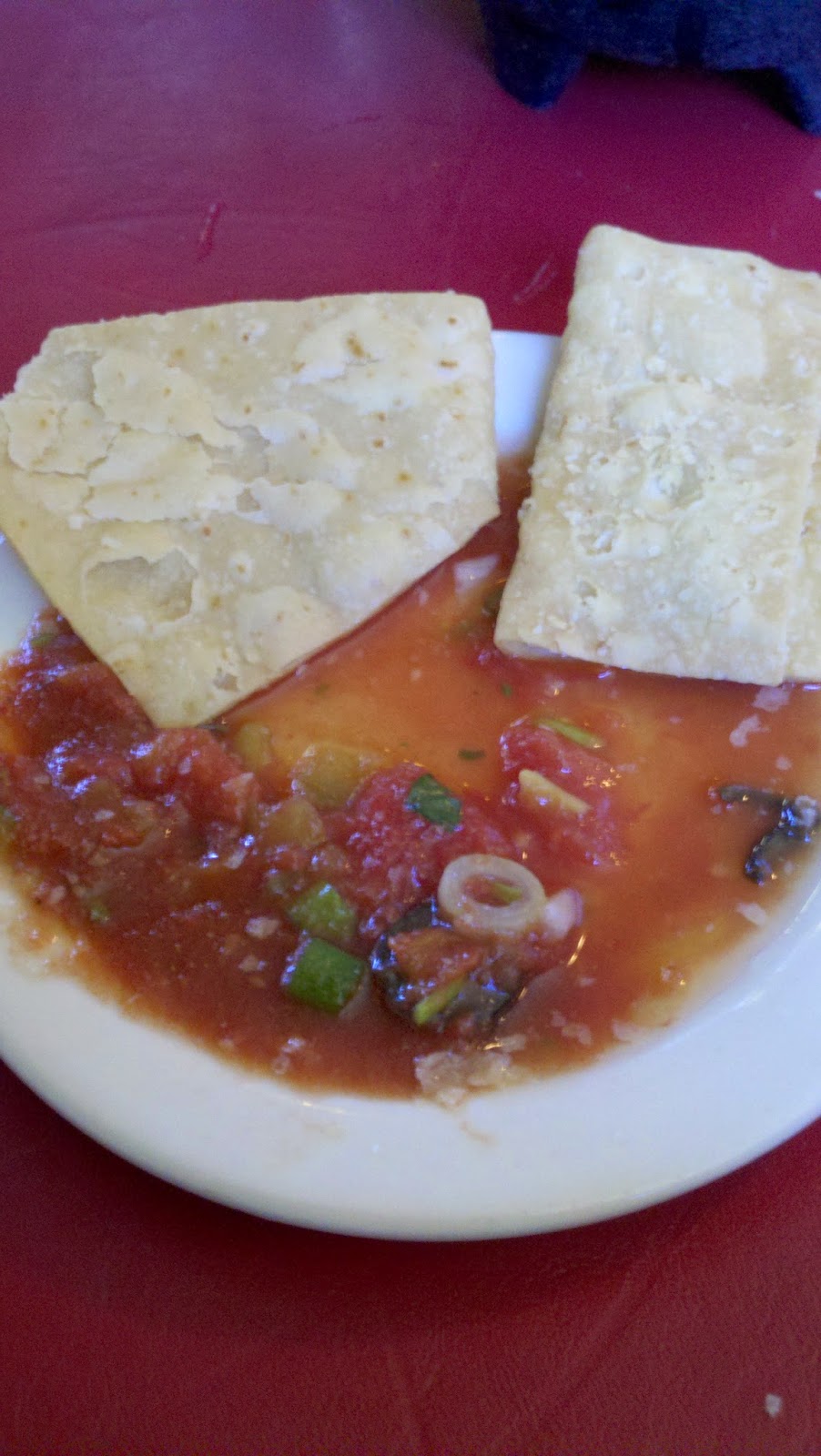 Then on Sunday afternoons till 2 they have a free chocolate fountain...Alyssa and I decided while we were waiting for our food to come, to venture on over, Seth just told his wife what to get him, and Stultz maturely refrained, saying he didn't want to ruin his appetite...

Buuuuuuut after a few bites I decided that, although it wasn't ruining my apetite...it wasn't WORTH the CALORIES!!! It kind of tasted like that really cheap Palmer Chocolate...NASTY...that's the one kind chocolate that even I won't eat!!! Buuuuut you can never have TO HIGH of expectations for FREE!!!
THEN...THE FOOD CAME!!! 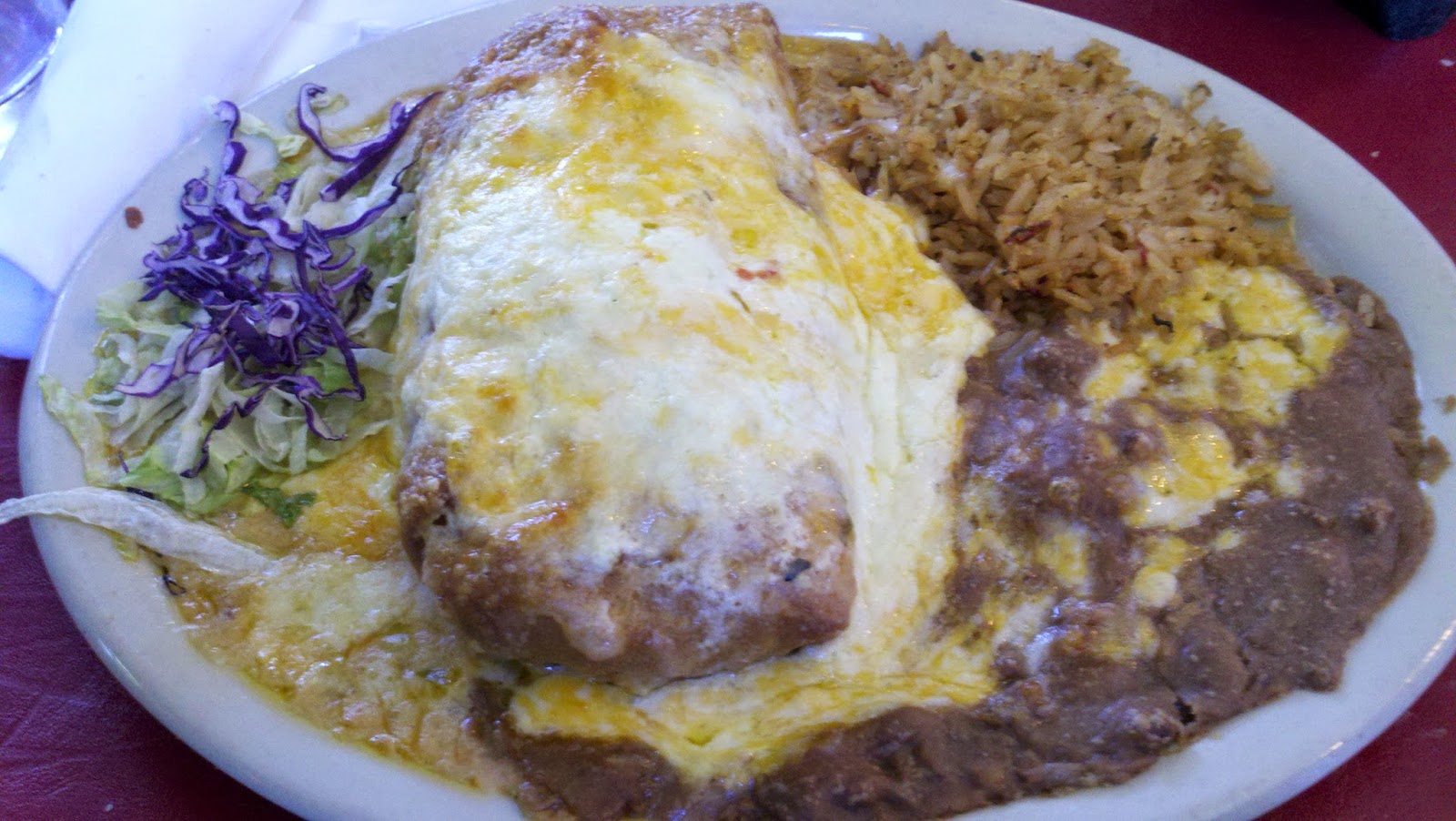 I got the El Pollo Fundido...
A chimichanga stuffed with chicken and smothered with Aunt Chilada's own Mexican cheese sauce and topped with jalapeño cream cheese. (AWESOMENESS right there)  Served with rice and beans. It was superrrr GOOOOOD!!!! I even liked the flavor of the beans...ya know, sometimes beans are kind of bland but these had a really good flavor!!!
.
Seth and Alyssa got the fajitas annnnnnnnnnd they didn't really care for them to much... 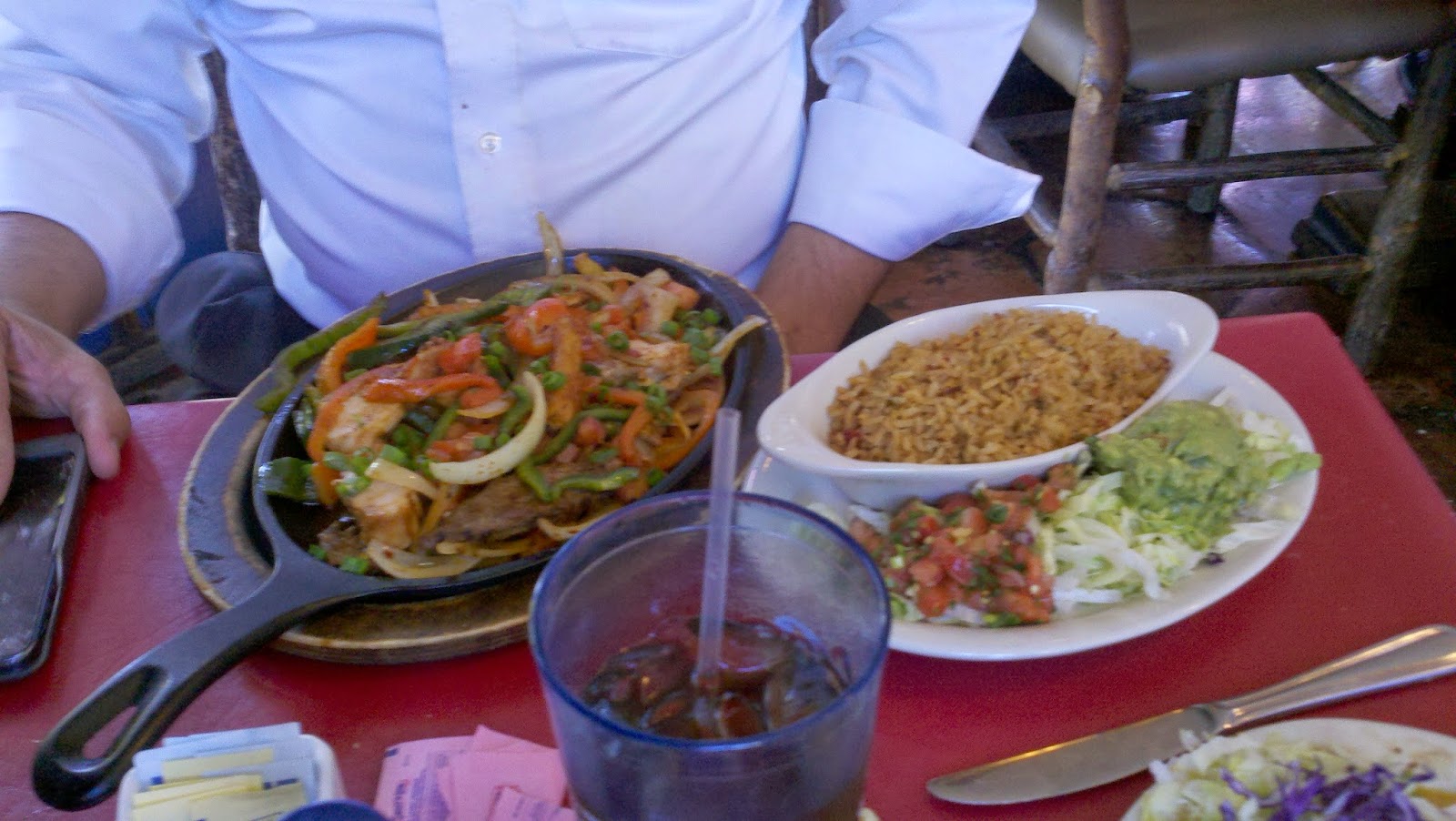 Stultz got the
Seafood Enchiladas 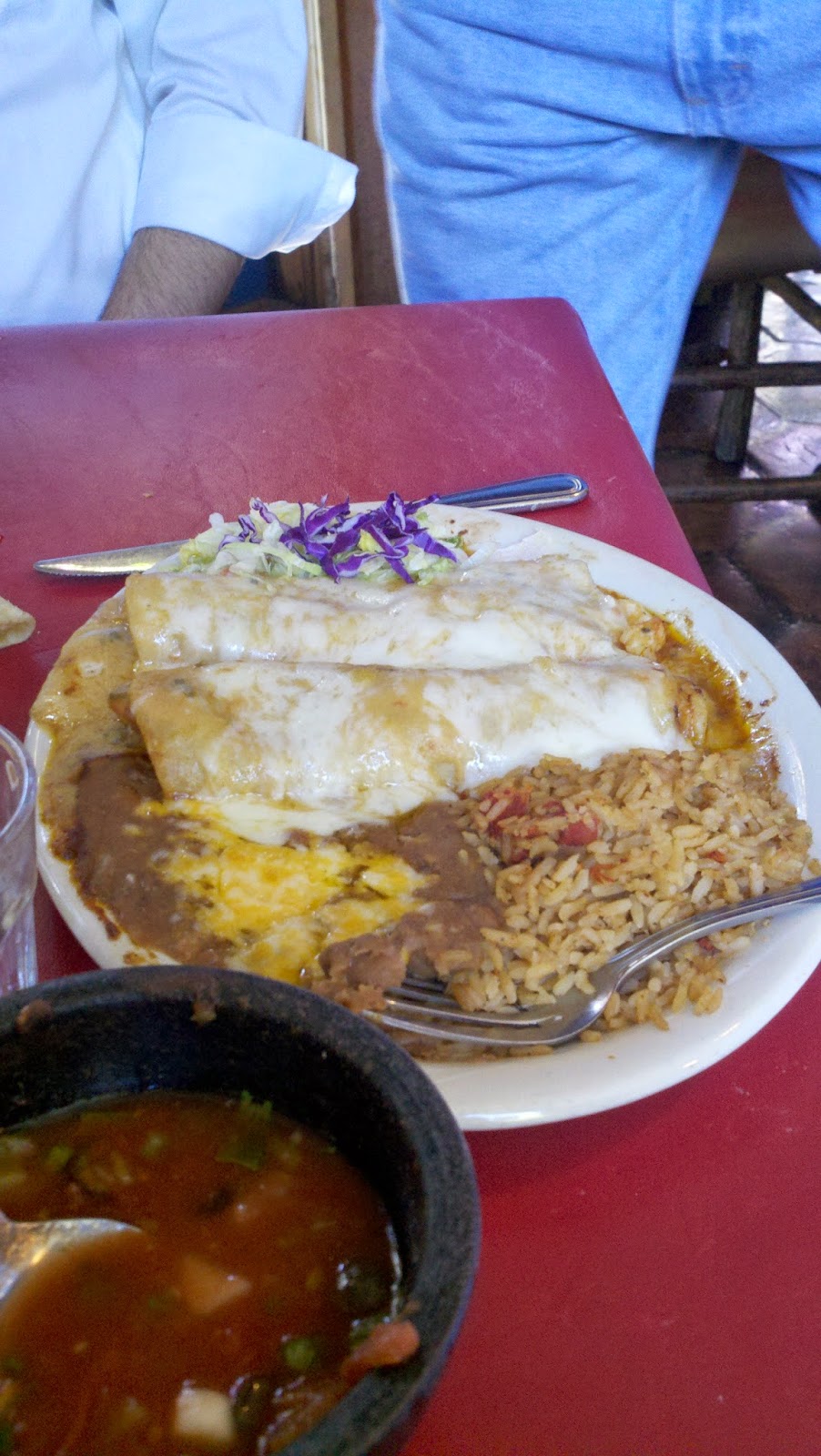 Two enchiladas filled with fresh shrimp and scallops then topped with a Mexican cheese sauce. Served with rice and beans.... he said they were really good...I have NO IDEA...I don't like sea food sooooo I wasn't about to try them...He also says the fish tacos are really good....once again...I HATE SEAFOOD!!! 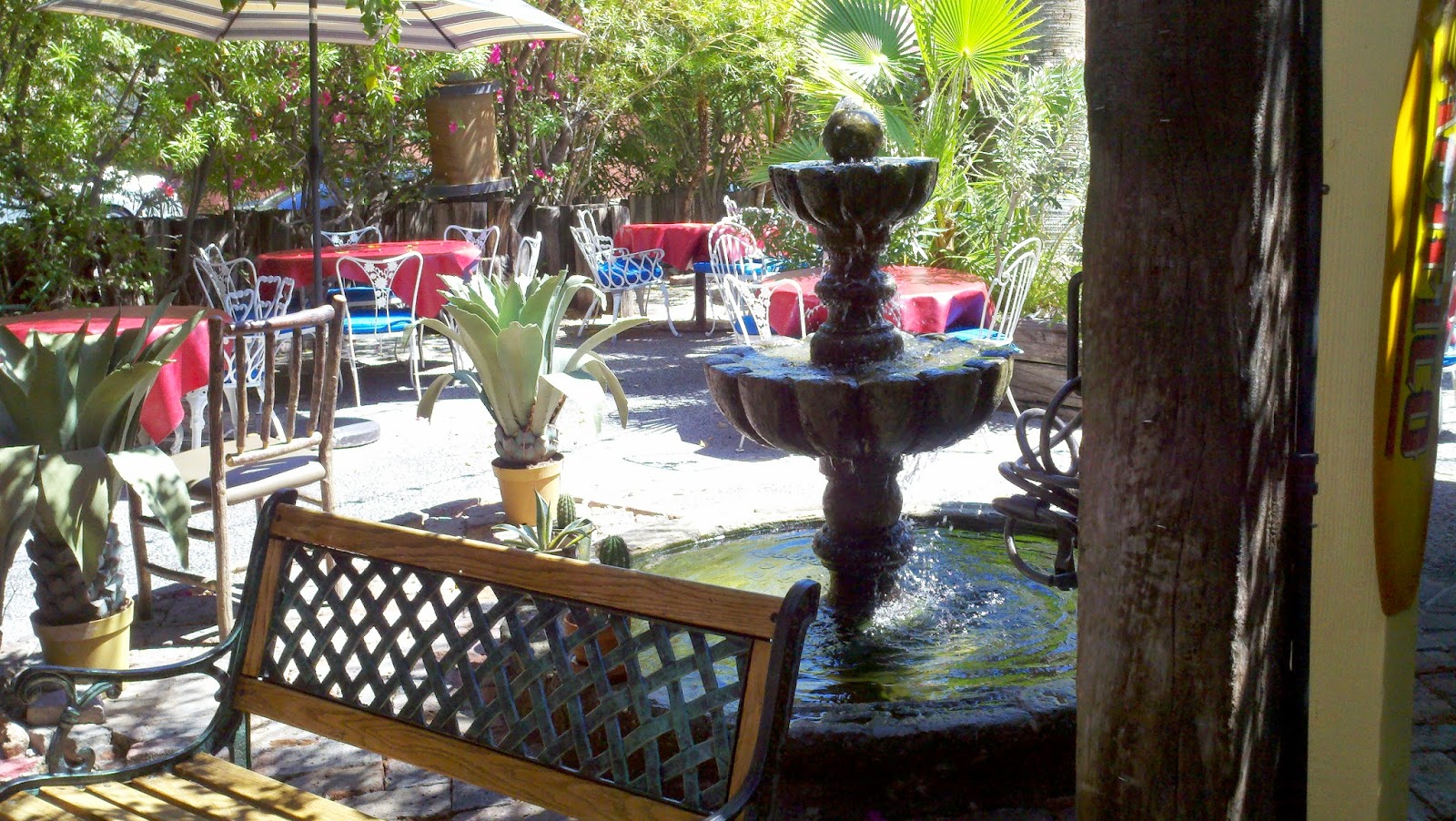 I really liked the decorations at this place, it was really ethic looking...like fiesta-ish...the courtyard was really pretty and looked like a fun place to eat lunch in...IF WE WEREN'T IN THE AZ SUMMER!!! The only complaint was for a lil more comfortable chairs! 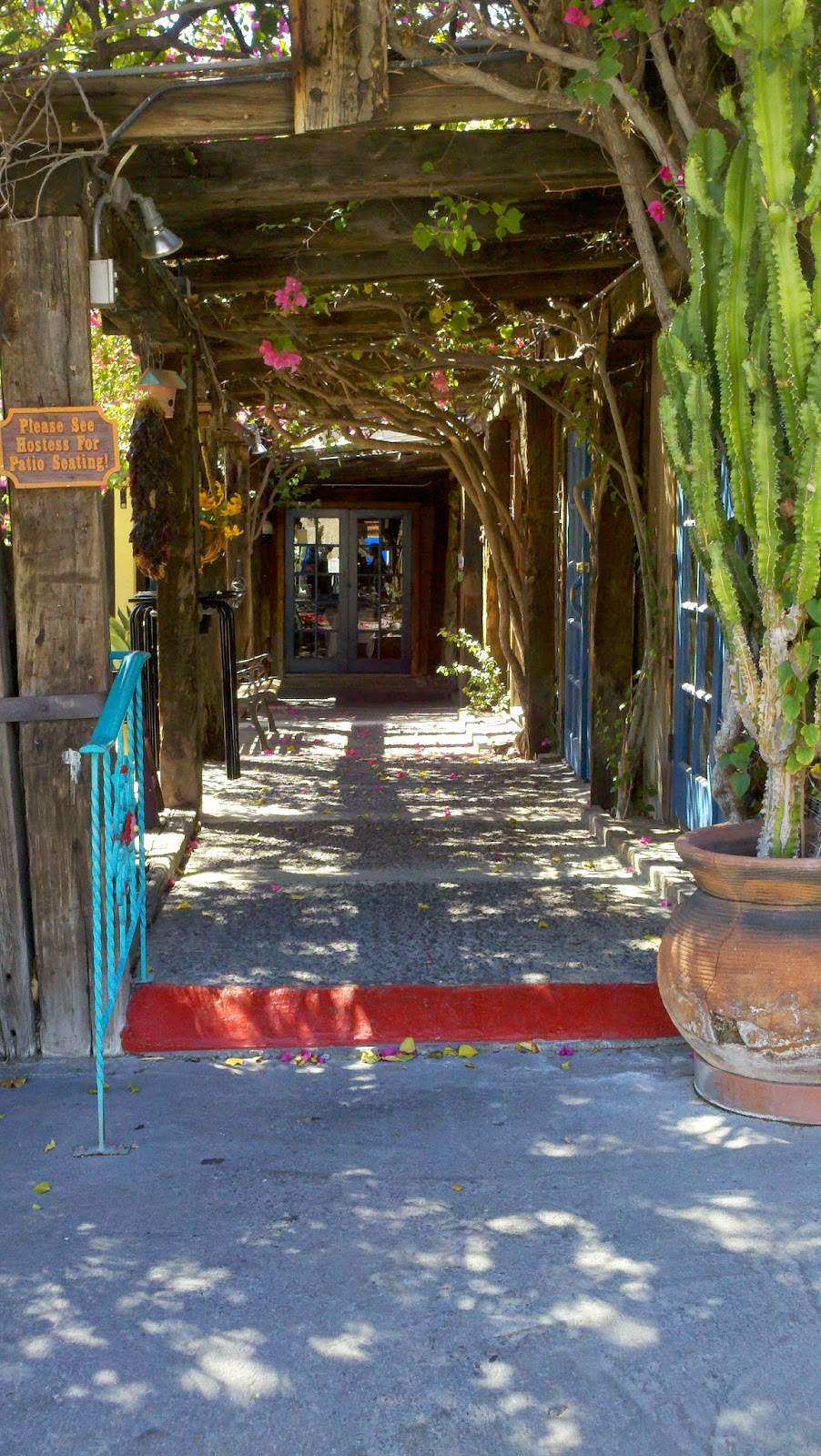 Annnnnnnd here we are, the four of us, goooood times with GOOOOOD FRIENDS!!! 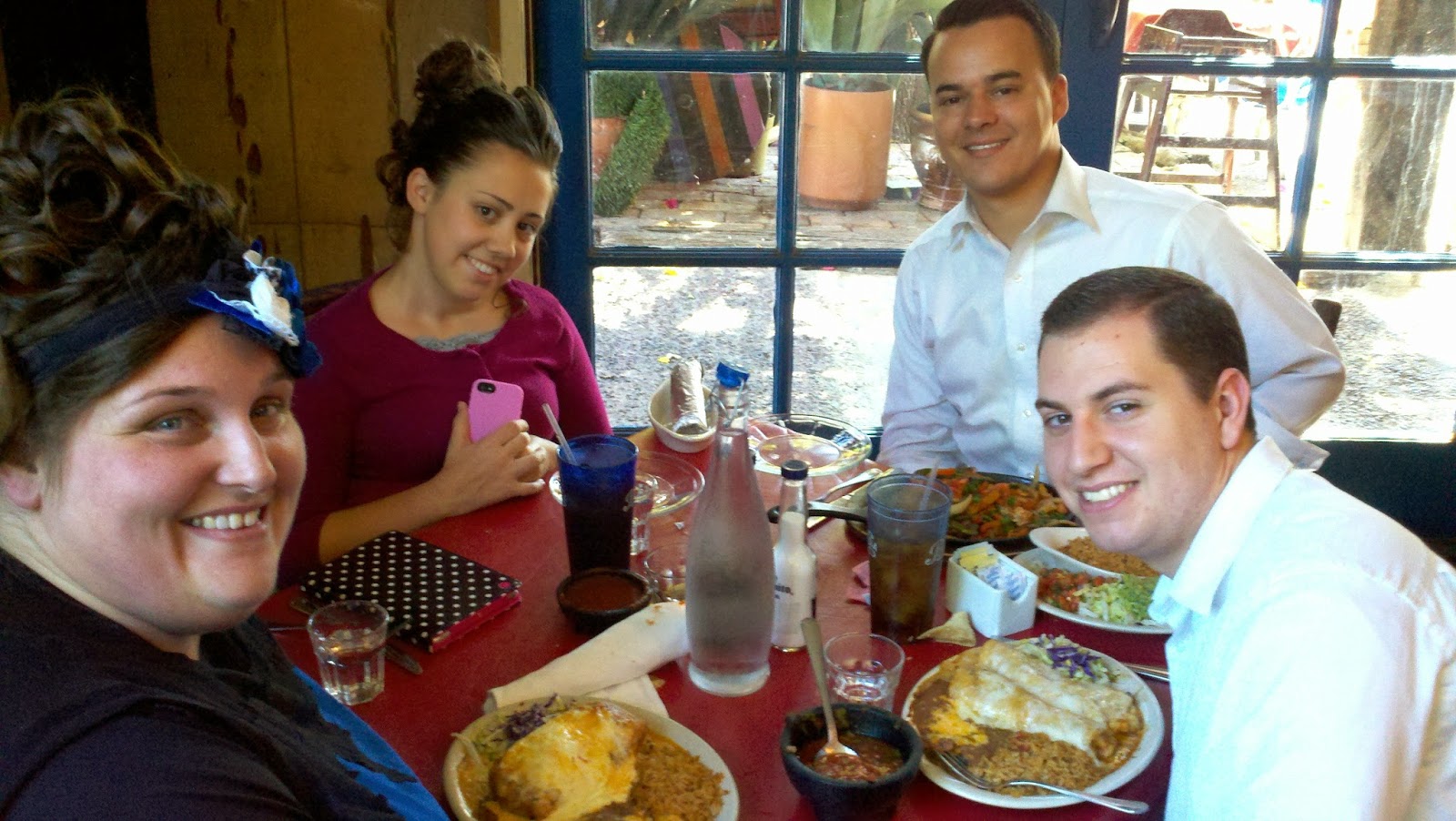 Overall, rating the resturaunt from a scale of 1-10, I would give it and 8.5!!! (HA...sound, FAMILIAR???;)  I mean, it was GOOOOOOD but it wasn't Chevy's!!! Buuuuut since all the Chevy's have closed down...I suppose we can compromise!!!
.
Sooooooooooooo whaaaaaaaaat do you think, did Stultz get his car TPed???
Naw, I liked it...which was rather disappointing cuz I have NOT been TPing IN YEARS!!! BUMMMMMMERRRR!!!!
♥Mary Frances :)