Sooooo we had the Trevino's with us again on Sunday for another great service!!!! 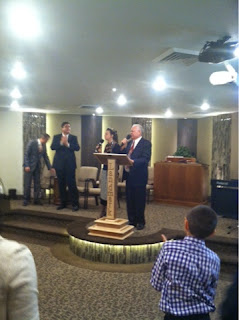 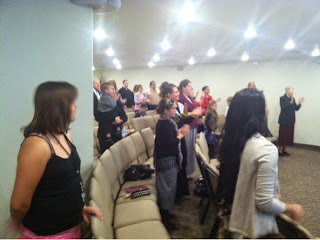 Lotsa visitors!!! We filled the church van and a lot of people brought their family members as well!!! 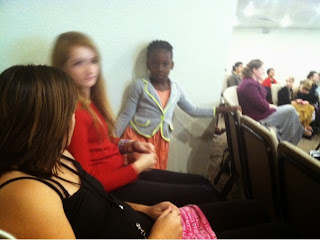 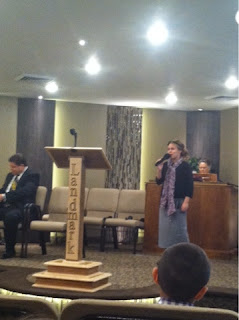 She sings EXTREMELY well for a 10-year-old!!! 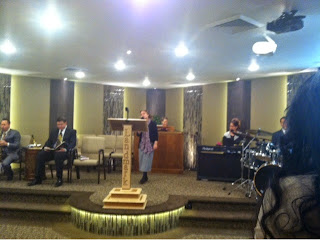 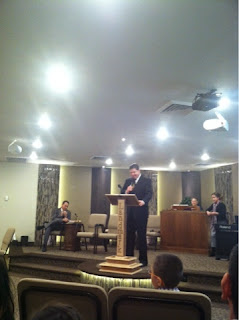 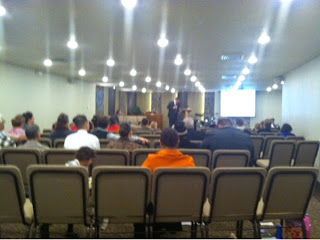 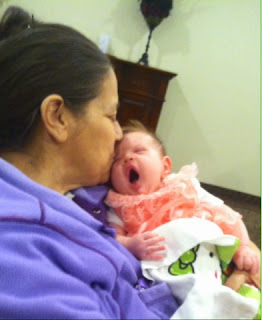 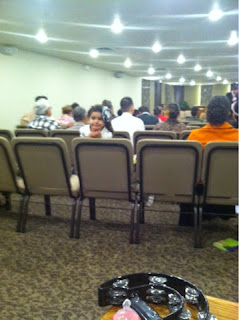 After church it was CHOW TIME!!! 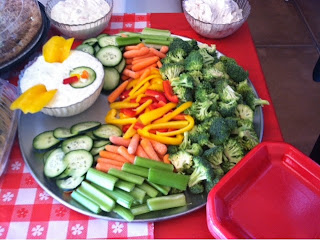 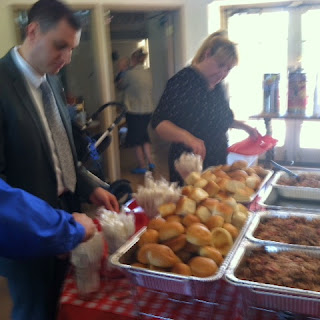 Pastor decided to do something different this year instead of the traditional THANKSGIVING FEAST!!! We had coleslaw, potato salad.. 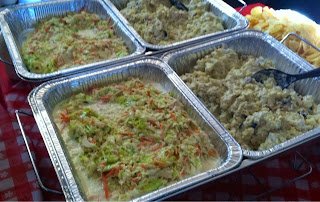 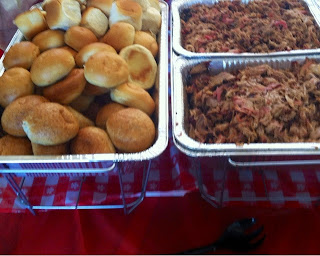 Sooooo basically we PIGGED OUT on PIG!!! 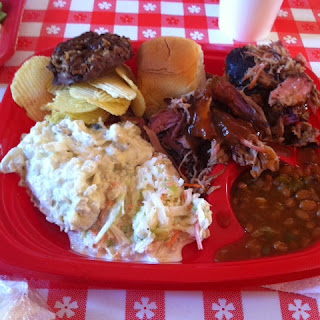 That's my plate people!!! OMW it was sooooo good!!! We all ate A LOT!!! And it was agreed that this was waaaaaaaaaaaaaay better than turkey!!! Cuz sometimes by the time Thanksgiving rolls around  your all turkeyed out....NOT THIS YEAR!!! 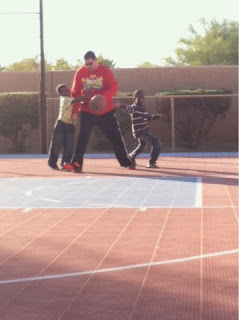 After words we all hung out and we were SUPPOSED TO play tug of war...buuuuuuuuuuut INSTEAD we just watched the men play basketball...I'm sooooooooo NOT in to that... 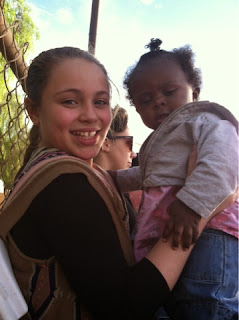 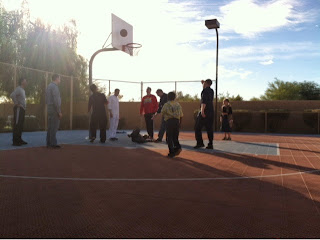 At night we didn't have service so a group of us met back and had a bonfire and made s'mores...Reeses s'mores are WHERE ITS AT PEOPLE!!! I forgot to bring a jacket...LOL 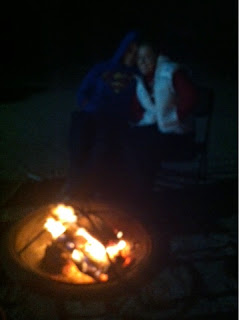 We celebrated Tommy's 23rd bday and just had a good time!!! Making memories and laughing about people's embarrassing moments around the campfire that I'll get I trouble if I blog about!!! BAHAHA!!! The word of the evening was, "Mary! YOU ACTUALLY KNEW AND DIDN"T SAY ANYTHING!?!?!" Oh, weeeeeeeellll...Ummmm...OOOPS!!! Buuuuuuuuut if it everrr happens to me PULEEEEEZE SAY SOMETHING!!! BAHAHAHAHAHAHA!!!
.
Then before we put the fire out I made us all go around and say something about what we are thankful for!!! One of the things I said I'm thankful for is...
GOOD FRIENDS!!! 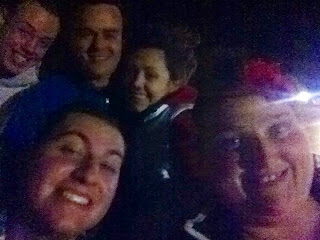