I was talking to a friend recently and we were talking about when a guy doesn't have very good self-esteem, to ME that is one of THE MOST UNATTRACTIVE attributes in a man EVERRRR!!! Seriously, it drives me nuts!!! Liiiiiiike, I can't explain HOW MUCH it bothers me!!! I've been in relationships before and its soooooo ANNOYING!!!
.
I'm just like, DUUUUUDE!!! Soooo your NOT the best looking guy in the world...WHO CARES??? The fact that you don't think very highly of yourself is WAAAAAY MORE UNATTATRACTIVE to me, then the fact that your NOT Mr. BrothA McHottie!!!! Attractiveness isn't entirely based off of ones looks!!!
.
I remember a friend of mine telling me one time that the guy she was with kept telling her that he didn't think he was good enough for her. She kept telling him that wasn't true, but he kept saying it, so eventually she just broke up with him. She said she hadn't felt that it was true, BUT if he felt that way, THEN in the end it WAS true!
.
Anywayz, we were talking about how so often in relationships, one or the other will always say, I can't believe you like me!!! You could do soooo much better than me...blah, blah, blah!!! Then when we got off the phone I realized something...
.
When I get into a relationship with, THE ONE, your NEVERRRRR gonna catch me sayin, "I'm NOT good enough!!!" AHAHAHAHAHA!!! I'm gonna be ALL like, DUUUUUUDE, I don't know what took you soooooooooo LONG to realize...
HOW WONDERUFULLY
ATTRACTIVE I AM!!!!!!! 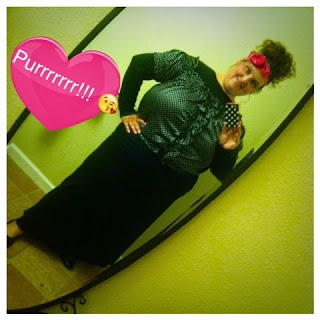 BAAHAHAHAHAHAHA!!! FO realz people!!! Not everyone may be thinkin i'm attractive buuuuuuuuuuut, ME, THE MIRROR, MY PHONE annnnnnnd God...WE KNOW!!! Woot! Woot!!! ;)
♥Mary Frances :)
Posted by Mary Frances at 6:00:00 AM