I read or heard a quote one time that really BOTHERED me! They said, "Every WHITE PERSON, is overcoming prejudice!" I'll tell you what, when I heard that I was very ANNOYED!!! I thought, that is NOT true! I am white and I LOVE all skin colors and ethnicities!!! I love learning about different cultures and trying authentic dishes. Some of my closest friends are black! I've spent the last 8 years of my life doing outreach with African refugee kids plus refugees from many other countries
.
Furthermore, I've been this way since I was a little girl! When I was four years old I begged my mom for 6 months for a black baby doll and when I FINALLY got my black baby doll, Jessica, for my 5th birthday, I was ESTATIC!!! Its still the most memorable birthday gift ever. From that time on I marched around with that baby doll everywhere I went and informed everyone that, "WHEN I GREW UP, I was gonna marry a black man!"  I thought, the NERVE and audacity for someone to say that, "ALL WHITE PEOPLE are overcoming prejudice",
really, truly OFFENDS ME!!! 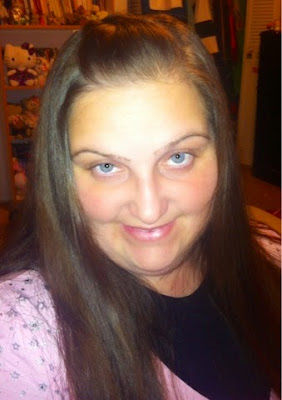 IN FACT, I find that statement to be a PREJUDICE statement!!!
.
HOWEVER, after I pondered the statement in my mind for a little while, I realized that on second thought, this statement was INDEED true!!! ALL WHITE PEOPLE are INDEED overcoming prejudice!!! *Gasp...I know, I know, SHOCKING that I would actually agree with this...The problem with the statement is that the person that stated this STOPPED with JUST WHITE PEOPLE!!! The truth is that...
.
All WHITE people, ALL BLACK people, ALL BROWN people, ALL YELLOW people, just ALL PEOPLE, EVERY COLOR of people in general, are in fact,  OVERCOMING prejudice!!! It doesn't matter if your THE MINORITY wherever you are, WE ALL have prejudice ideas about other ethnicities at one time or another.
.
What does PREJUDICE mean??? The word prejudice, meaning literally pre-judgment, Prejudice means to have a preconceived opinion of a person that is not based on reason or actual experience. Prejudice is an unjustified or incorrect attitude (usually negative) towards an individual based solely on the individual's membership of a social group. For example, a person may hold prejudiced views towards a certain race or gender.
.We all have ideas that we come up with in our mind about that which is unknown to us
You say, OH NO, NOT ME!!! Hold up,

Have you ever assumed that just because someone is single and in their 30's that they are grouchy, don't like Hello Kitty, or wear heart shaped glasses and don't know how to have FUN??? 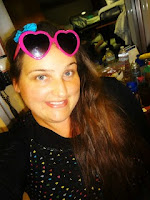 IF YOU HAVE THAT IS A VERRRRRRY PREJUDICE THING TO ASSUME!!!

Purrrrrrrrrrrrrrrrrrrrrrrrrr!!!!
JUS SAYIN!!! ;))))
All these annnnnnd many MORE are examples of prejudice!!! I can think of two times I've specifically encountered prejudice in my life. Once it was towards me and once it was ME!!! AHAHAHAHA!!! The one towards me happened when I was 14, we had just moved up to Phoenix from Cave Creek and for THE FIRST time ever there was a black family that lived down the road from us. I was VERY excited about this because remember, I"VE been obsessed with black people since I was a little girl, AND FOR THE FIRST TIME, there was ACTUALLY a black family, RIGHT DOWN THE STREET FROM US!!! I thought that was just soooooo COOL!!! Well The little girl, her name was Fallon, she was my younger brother's age and quickly became friends with them.
.
One day I was babysitting her over at our house and as I was cleaning and dusting in the living room, she just looks at me in AW and says, "Wow! I didn't know that WHITE PEOPLE could clean that good!" AHAHAHAHA!!! I thought it was HILARIOUS that she said that to me, buuuuut if you think about it, that was a VERY PREJUDICE statement for her to say!!! Somewhere in that little girls mind, she had this preconceived notion that white people couldn't clean. She just assumed that I didn't know how to clean, SIMPLY BECAUSE I WAS WHITE!!!
.
MARY TIP: There is NO NEED to get OFFENDED when people are prejudice towards you about something as long as its done in ignorance and NOT hate. You can kindly correct them but there is NO NEED to get all touchy about it!!! Just let it roll off you!!! TRY laughing about it!!!! Heeeeeelllllooo PEOPLE...Some of this stuff is FUNNNNNNYYYY!!! AHAHAHAHA!!!

.
The time I remember myself being prejudice was this one time two of my friends were racing each other on the beach. One was a thin African guy and the other was a little thicker white guy. In my mind I thought FOR sure the African dude was gonna win! I mean, come on, he's AFRICAN, he HAS TO WIN!!! And lo and behold, the little bit thicker white dude WON!!! I was, AND STILL am SHOCKED ABOUT THAT!!! AHAHAHA!!! That WAS and STILL is very prejudice of me to assume that the African guy would win, simply BECAUSE HE WAS AFRICAN!!!
.
Soooooooo you see, I think that when all of us look inside of ourselves, we will all find that to some degree, we all have some prejudice in us. The problem is NOT the fact that we have prejudice, as HUMANS, I believe its NATURAL for us all to have some. I do NOT believe that prejudice is a sin! The problem, is when we REFUSE to overcome prejudice and allow it divide and separate us from one another. When we let prejudice to cause hate and disdain! When we allow prejudice to keep us from sharing the gospel message or loving our neighbor!!!
.
So YES, ALL WHITE PEOPLE, ALL BLACK PEOPLE, ALL BROWN PEOPLE, ALL RED PEOPLE, ALL YELLOW, annnnnnd just in general, ALL PEOPLE, whatever the color,  are in fact PREJUDICE in one way or another, HOWEVER we are ALL able to OVERCOME PREJUDICE....

THROUGH JESUS CHRIST!!!
Because of JESUS, we can say, your my brother, your my sister,
lets GO TO HEAVEN TOGETHER!!!
"After this I beheld, and, lo, a great multitude, which no man could number, of all nations, and kindreds, and people, and tongues, stood before the throne, and before the Lamb, clothed with white robes, and palms in their hands;"
(Revelations 7:9)
♥Mary Frances :)
Posted by Mary Frances at 10:22:00 PM