What REALLY seperates us... 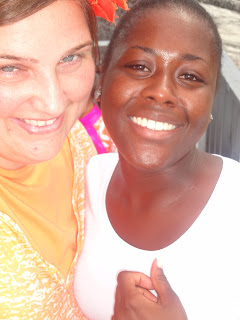 And let me tell you something, those people were JUST as excited to see me as I was to see them! They welcomed us all with open arms! They were so kind, and so friendly! The majority of the island is Christian so they are such happy people.
.
Once again, here we are, with ALL CHOCOLATE people and  yet, there was no friction, no awkwardness. I felt completely comfortable and thoroughly enjoyed talking and spending time with them. And once again I see, its NOT color that will ever separate us from each other, its HATE!!! If we want UNITY, we only need to learn how to LOVE!!!
.
"Darkness cannot drive out darkness: only light can do that. Hate cannot drive out hate: only love can do that.” (MLK)
.
Even between people of the SAME skin color, bitterness will always bring friction and separate us. So many of the wars and destructions that we hear about overseas are cause by hate amongst people of THE SAME COLOR!!! No matter the skin color, HATE between ANYONE will ALWAYS DIVIDE, however, LOVE between ANY SKIN COLOR, will ALWAYS bring people together!!! Skin color doesn't bond people together, LOVE DOES!
.
"Fulfil ye my joy, that ye be likeminded, having the same love, being of one accord, of one mind." (Philippians 2:2)
Annnnnd we, the people of God, have the greatest love of all to bring us together, God's LOVE!!! We have available to us today, a LOVE that is so great, so strong, so powerful, that it is made possible, that every color, every nation, every kindred, every tribe every tongue, can be brought together, in one mind and one accord....
. 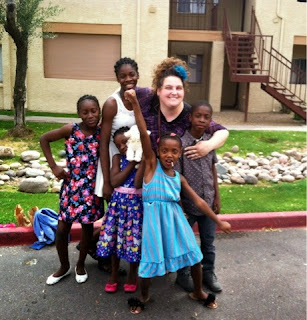 "Herein is love, not that we loved God, but that he loved us, and sent his Son to be the propitiation for our sins. Beloved, if God so loved us, we ought also to love one another. No man hath seen God at any time. If we love one another, God dwelleth in us, and his love is perfected in us." (1 John 10-12)
♥Mary Frances :)
Posted by Mary Frances at 11:39:00 PM