When I saw this I busted up laughing!!! 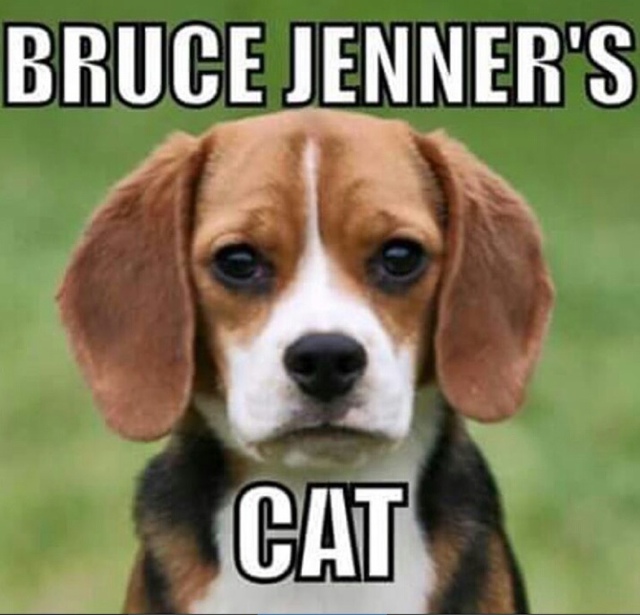 It's a sad day in the world when animals know who they are, but humans, which God made OVER the animals, are do warped in their thinking that they don't even know who they are!!!
.
I finally know who Bruce Jenner is! At camp one of the guys said something about him and I was like, who's that? He's like, you dnt know who Bruce Jenner is?" WOW! That's cool!!! Your like Sooooo Pentecostal Mary!" Then he's like, do you know who Micheal Jackson is??? I'm like, unfortunately, YES!!! Lol he's like, but you don't know who Bruce Jenner is!!! That's awesome!!!
.
I thought was cool that he thought it was that I didn't know who he was! I've actually had Apostolics kinda sneer at me when I dnt know who famous people are!!! I'm like, ok they mean nothing to me!! It's not really out of conviction that I dnt keep up, it's more like, I JUST DON'T CARE!!! Like literally, I could care less!!!
Posted by Mary Frances at 5:56:00 PM