Sooooooo I was telling Stultz the other day that while I was in the Bay, I only did ONE BIG purchase shopping and that was this read purse... 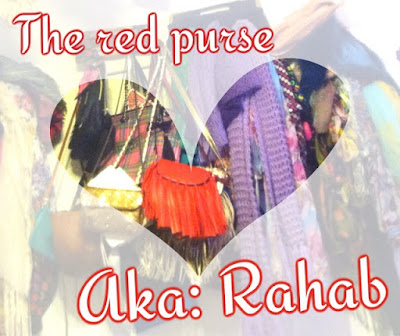 Ain't she a BEAUTY??? I named her Rahab after the scarlet rope that Rahab let down, buuuuut this is like a TONE of little scarlet ropes...I just want to MAKE sure they see me when its time for disaster...LOL!!!
.
Soooooo I'm telling Stultz, this wasn't JUST MINDLESS SHOPPING, I don't have a read purse, THEREFORE, I really NEEDED that purse!!! So Jonathon was like, Oh SOOOOO YOU don't have a RED PURSE, buuuut you have a MAROON ONE!!! Sooooo i'm like, Weeeeellll yah, buuuuuuuuuuut, MAROON is NOT RED!!! It's MAROON!!! BIG DIFFERENCE!!
.
Then I realized something...like DING!!! I'm like, Waaaaaaaaaaaait as second, NOW THAT YOU MENTION IT JONATHON, I ACTUALLY don't have a MAROON PURSE EITHER!!! AHAHAHA!!!
THANKS FOR REMINDING ME!!! Hee, hee!!!
*Roswell shopping goal=Maroon purse!!!!
AHAHAHAHAHAHAHA!!!
AHAHAHAHAHAHAHA!!!
♥Mary Frances :)
Posted by Mary Frances at 12:00:00 AM