First of all my friends, HAPPY NEW YEAR!!! 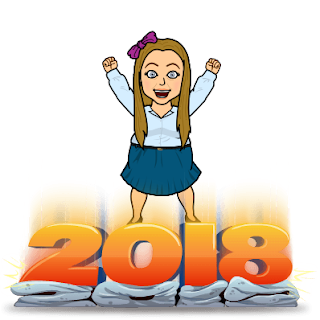 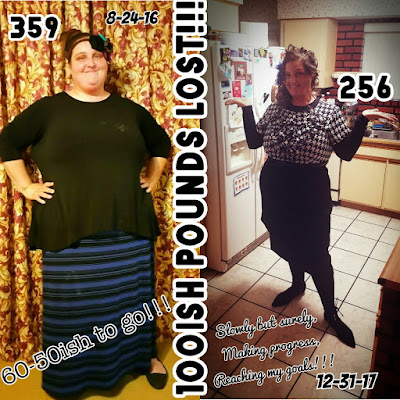 In actuality tho, I've lost 152 pounds since my highest weight of 408 in my early 20's! You guys have NO IDEA how overwhelming my weight loss felt to me at this point. It just seemed like I was in this huge black tunnel trying to fathom how much weight I need to lose, knowing that IF I LOST 100 POUNDS, I would still be OVER 300 pounds...It all seemed IMPOSSIBLE!!! 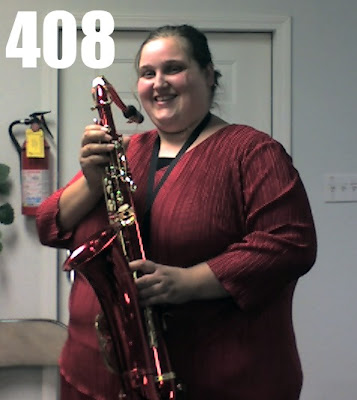 Buuuuuuuuuuut NOW, now even tho I'm still in that weight loss tunnel, NOW I"M FINALLY BEGINNING TO SEE THE LIGHT AT THE END OF THE TUNNEL...I can see it, it's NOT IMPOSSIBLE, slowly, but surely and by the grace of God, I'm GOING TO GET TO THE END!!!
.
This past year i lost a grand total of 42 pounds, an average of 3.5 pounds a month! Now that I'm beginning to see a light at the end of the tunnel, i figure that at the end of this year coming, 2018, I'll be in the low 200's, at this point, I'll reacess and if i think i need to, im just going to keep going and push to be in the 100's! 3.5 a month doesn't seem like a lot but slowly and steadily it all adds up!!!
.
A few things I've learned this year
~It's not as important to lose weight quickly as it is to lose it steadily and PERMANENTLY!!!
So I think compared to most of my fellow bariatric surgery peeps, I've lost weight A LOT SLOWER!!! There are people that were already at 100 pounds lost by 6 months after surgery, I got there a year and a half after surgery, buuuuut what matters, IS THAT I GOT THERE!!!!
~ Diets don't work!!!
Ok, don't get me wrong, THEY DO, buuuuuut they only last if you plan on eating that same exact way FOR LIFE!!! Part of the reason WHY my weight loss has taken me A LOT LONGER than other people is because I never really stuck to the diet they gave me!!! Now I'm NOT a doctor OR in the medical field at all, sooooo I can only speak for myself, I HAD to do what was RIGHT FOR ME!!! The reason WHY I never stuck completely do their diet plan is because losing weight has to be PERMANENT for me and diets are NOT PERMANENT and when you go off them, YOU GAIN!!! For me, I've had to learn to eat in a way that I am going to do FOR LIFE!!! For me this mean implanting, calorie count, portion control and HEALTHY CHOICES THAT I ENJOY!!! I continually educate myself on food and recipes, learning to enjoy new healthier foods, new veggies, EVEN FISH now. Buuuuut I never cut anything COMPLETELY out...the downfall is that its taking me longer, the benefit is that I'll NEVER just gain back a bunch of weight because all of the sudden I added in a ton of food that I couldn't eat before!
~Exercise only lasts if its something you truly enjoy
Find something you like and it won't be a chore but something you look forward to, for me, THATS HIKING!!! I know it's exercise, buuuuut I LOVE IT!!! I just feel so relaxed and enjoy it SOOOOO MUCH!!! I like trying other things out for fun for a little bit, like Jabz boxing, I wanna do that another month this year, I wanna try Orange Theory for a month, I'd like to try cross fit, I like doing the races, weight training is fun buuuuut with those things, its just something I do for a little bit and then get bored, buuuuuut HIKING...I just ADORE IT!!!
~ Pray MORE than you exercise!
At one point during the summer I was really frustrated because I had hit a 3 month platau so I was just excercising like crazy and it was to the point that I was ACTUALLY excercising more than I was praying...Nothing is as important as our prayer life...PRAY MORE than you exercise!!! It's better to go to heaven fluffy than to hell...HOT...cuz you only gonna get HOTTERRRR THERE...jus sayin!!!
~Enjoy the weight loss journey!
I Hear a lot of people say they just want to hurry up and get skinny and be done with it. While I DO want to get to my goal, I've learned to enjoy this journey that I'm on. To not be satisfied where I am but still contented with getting there slowly! I could say I'm going to push myself to be at my goal weight by the end of this year but Instead I plan to be there within the next 2 years. If things go as planned, another 30-40 pounds lost this year and i'll be around 220, I know I want to get down to at least 208ish (That'll be 200 pounds lost since my highest weight in my early 20's) and at that point I'll evaluate myself and see if I think I should keep pushing to get into the 100's...IF my BMI is right, I'm NOT going to push myself to be in the 100's, but I don't know yet so I just have to wait and see!!! In the mean time,  I'm just going to keep taking it slow and steady and enjoy my life! There's no reason to be in a rush for something you want to last foreverrrrr!!!
6 more pounds and this sista is going HORSEBACK RIDING!!!!😎👐