The Mystery Of The Stolen Pack Of Juicy Fruit Gum

As we walked out of the little drug store in the small town of Cave Creek where we lived, my mom reached her hand into her jacket pocket and pulled out a sunshine yellow, 5 pack of juicy fruit gum. She gasped, who put this in my pocket she asked looking at the three of us kids. Everyone just stared back at her blankly. I had no idea how the pack of gum had gotten in there, maybe it had fallen in, I just shrugged. My brother shrugged, my sister, without missing a beat said, "Mary did it! I saw her!"  I was shocked when my sister said this, I didn't remember putting the pack of gum in my mom's pocket, buuuuuut I was 5 at this time and my sister was 8, she knew stuff.
.
If my sister said I had put the juicy fruit gum in my mom's pocket, then I MUST have done it. "My mom looked at me, Mary, did  you put this gum in my pocket? "Yes, I did." I said quietly. "That's stealing!" She informed me, and inside the little drug store my mom marched me to return the stolen goods. Being only 5, I can't quite recall what happened after that, but I sure did learn a lesson about stealing. For the rest of my life growing up I would tell that story to people. I only stole one time in my whole life I would say, it was a pack of juicy fruit gum, my mom made me bring it back in the store and I learned my lesson, I've never stolen again.
.
One day, in my early 20's, I was telling this story again, "I only stole once in my whole life, it was a pack of juicy fruit gum I stuck in the pocket of my mom's jacket..." As I'm telling this story, my big sister interrupted me, "Mary, you never stole that gum! I'm the one that stuck in mom's jacket pocket and then when she asked I just said it was you!" I started at her shocked! Then I was like, I did NOT remember putting it in her pocket! I've always wondered why I didn't rember stealing it! My sister was like, why didn't you say that when you were a kid then? I was like, BECAUSE my big sister said I had done it, so figured if she said I had done it, I must have done it! She was like, you didn't think I would lie about it so I wouldn't get in trouble? I was like, honestly NO! The thought of you lying never even entered in my naive little mind.
.
She was like, and I thought you were taking the blame for me so I wouldn't get in trouble!  I simply thought IF my big sister said I did it, I must have done it. We had the biggest laugh about it, I was like, heeeeeeey, SO that means i've NEVER stolen anything in my life. 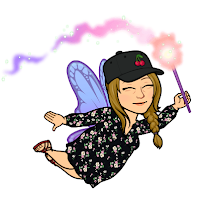 I still learned a valuable lesson that day tho, two actually. First of all, taking stuff that you didn't pay for is stealing, and secondly, if you don't remember ACTUALLY STEALING SOMETHING, you may wanna do a little investigating before simply accepting that your a thief, starting with the person that said you stole it!!!
AHAHAHAHAHAHA!!!
Seriousley, ONLY I would steal something, 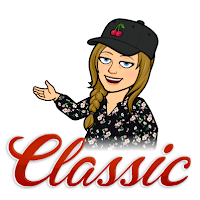