I looooove NICKNAMES!!! If you ever become good friends with me, YOU WILL GET A NICKNAME...at least one...if NOT MANY MORE!!! I just love nicknames...liiiike when someone starts calling me a nickname, it's like....It's like...IDK...we're more than just aquientances...we're legit FRIENDS!!!
.
My mom did NOT like nicknames!!! She'd be like, if I wanted to name him ABE I would have named him Abe, I NAMED HIM ABRAHAM!!! And she'd tell everyone at church after Denae was born, Her parents named her DENAE, NOT NAE-NAE!!!!! Mean while, MY MOM went by a nickname her WHOLE LIFE!!! Fran or Franny, short for Frances!!! I mean, I kinda still don't really like it, buuuuuut I do cuz it's my mom's name...buuuuuut liiiiiike, I won't be naming my kids that...I DO LIKE MARY THOUGH...it's just sooooo Maryish!!! AHAHAHAAA!!! My mom always said she had REALLY wanted to name me Mary Joy, buuuuuut my dad didin't like they JOY part!!!! HOw do you not like JOY???
.
Anyways, I thought I'd share with you ALL MY NICK NAMES!!!! There's A LOT!!!
Mar
Mar-Mar
Mar Bear
Mar-dog
Mary-dog
Fluffy Cat
M
Auntie
Mar-Smare
Mary Smary
Momma Mary
Vanilla Mom
.
That's A LOT right???
THE MOST POPULAR ONE, at least at my church, is Mary-dog, or Mar dog!!! Everyone at church calls me that... Even my pastor calls me that sometimes!!! That nickname got started waaaaaaay back in the day when we were all in the youth group still....and we'd go to Rawhide and it's a LOOOOOONG STORY buuuuut this cowboy and I we kinda got into it during a show...he was trying to do this trick question where you say ten. ten times, so I DID IT! Then he says, what is an ALUMINOM can made out of???  Welllllll most people say TIN...because I guess they just said ten, ten times...buuuuuut being somewhat airheaded...TIN didn't even register in my head!!! WIthout hesitating, i just responded with ALUMINOM...DUH!!! And everyone started laughing and he was like all mad and then I was like asking everyone, what was the big deal? They were like, cuz most people say TIN! I'm like why would you say tin??? when he said it was aluminom??? They were like, Its a BRAIN TEASER!!!! Buuuuuut you didn't EVEN GET that it was!!!
.
Anyways, the cowboy started calling me bad Miss Mary or bad dog Mary...and would always hug me like we were bff's when he'd see me there...Rawhide was a HUGE hang out for us as teens!!! Then Sam ALWAYS called me bad dog Mary-then it just got shortened to Mar-dog, then when he got married his wife, who was in the youth group too, Janellie Bean, always called me Mar-dog, then when he had kids they automatically started calling me Mar-dog, and now it's basically the whole church!!! LOL
.
MY FAVORITE NICKNAME:
Mar Bear 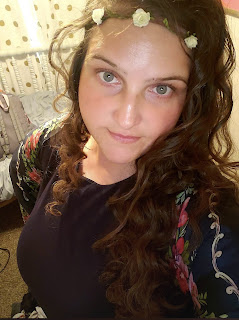 it's just sooooo ME!!! Like I'm just a teddy bear- MAR BEAR!!! My other two Favorites are Mar, or Mar-Mar!!! I enjoy all of them though!!!
.
My mom didn't like nicknames, buuuuuuuut...she told me I was her sunshine, her flower and her butterfly!!!! 😍😍😍😍😍😍 Thats some pretty sweet compliments!!!
.
It think MY favorite compliment of all time though was a guy in the Philippines, he told me that when I walked in, the whole room lit up with my smile!!! That was pretty much the best compliment...he was my one Filipino LOVE!!! He was even taller than me...crush EVEN Lasted the whole trip...ahahahahaaa...then I JUST KEPT THE COMPLIMENT!!!! Don't worry I didn't break his heart...he's married now...got someone else's smile to light his world... i'm sure!!!
Posted by Mary Frances at 12:00:00 AM