Guess WHO got demoted??

I did!!!! Yeeeeeeeeeeessss that’s right, I have officially been demoted as Odin’s favorite Aunt!!!!
.
Who has taken my place???
AUNT GRACE!!!!!!
WHYYYYYYYY?????????
.
She got ODIN A REAL DEBIT CARD 💳 for his 11th birthday 🥳 which was literally his dream come true gift!!!! Lol 😂
.
I was liiiiiike, sooooooooo Aunt Grace is your favorite aunt now huh?!?!? He’s like, sorry about that Aunt Mary, I still like you though!!!! I was liiiiiike WOWWWW!!!!
.
Then he says, that was Aunt Grace that fixed my FitBit too right???? I was liiiiiike YEEEEEEEESSS!!!  He’s like, oh I was just wondering! I’m like, Aunt Mary TRIED buuuuuuut what can I say, I just don’t have that magic Asian touch!!! (I’m ITALIAN, a little low on the smarts buuuuuuuut I’ve got the cooking skills, good looks and an AMAAAAAZING personality!;)
.
He’s like it’s ok, really, I even love 💕 you STILL… 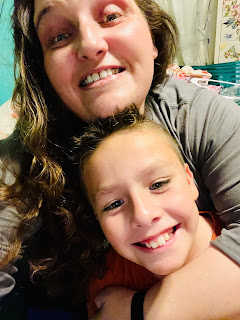 And you STILL have Fredrick!!!
.
.
.
.
.
.
.
wondering who Fredrick is???
.
.
.
.
Weeeeeeeeeeellllll…
.
.
.
.
.
.
He’s THE LOVE 💕 OF MY LIFE!!!!
Duh!!!!!
.
.
.
.
Soooooooo Odin Kept asking me who I like, I was thinking in my head, if I did like someone which we all know I don’t, As if I would actually confide in Odin about this!!! I mean considering I showed him his mom’s birthday 🥳 gift and he promised he would not tell her and then immediately went to her room and said mom we got you a purple shirt! 🙄🙄🙄
.
So anywayZ, he kept asking and asking and asking and asking and asking me WHO I liked soooooo I tried to think 🤔 of a name of someone I’ve neverrrrr met before and THE ONLY name I could come up with was FREDRICK!!! Soooooo now it’s continuous Aunt Mary and Fredrick!!!! I just informed him that it’s UNCLE FREDRICK to him!!!!😂😂😂😂
.
Hope I don’t meet a Fredrick anytime soon!!!
♥Mary Frances :)
P.S. he just got in trouble for calling me Mary instead of Aunt Mary… I said, I’m STILL your aunt… even if I’m NOT your favorite aunt!!!!
Posted by Mary Frances at 10:00:00 PM