Welll...I've always enjoyed a GOOD DEBATE!!! LOL! Soooooo I just have to write a WHOLE post on the death of Bin Laden!!! This was NOT because of one person, but quite a few people's words!!!

I would like to start off by saying that death for an unbeliever is a HORRIBLE thing, yet I can NOT deny the fact that when I heard that Osama Bin Laden was dead, the FIRST thought that went through my mind was...COOL!!! I know, I know, NOT VERY NICE OF ME!!!
But that REALLY, TRULEY, HONESTLY was my reaction to his death. Then I start seeing LOTS of people posting stuff like ..."Ezekiel 18:23 says not even God takes a liking to the death of the wicked.. and i'm like Hmmmm...but heeeey its still the way I feel...am I NOT as spiritual as some people?!
Yet, when I think about it, this is NOT about someone I don't like dying. I mean I don't particularly "like" our president...do I want him dead? NO!!! I may NOT agree with him on pretty much EVERYTHING, however, He hasn't done anything (That I know of) that would make me think his life should come to an end. Osama Bin Laden on the other hand is a completely different story!!!
For all my Christian friends that are feeling remorse or guilt over the death of Bin Laden due to the scripture in the Bible Ezekial 33:11, Ezekial 18:23, etc...Linger a few moments in 1 Samuel 17, i'm particulary fond of verse 29 and 51!!!

"And David said, What have I now done? Is there not a cause?"

If ANYONE is lookin for a cause for this death all I want to say is this... 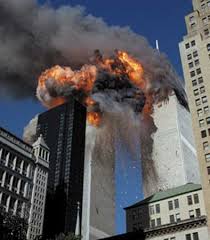 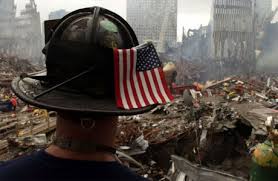 "Therefore David ran, and stood upon the Philistine, and took his sword, and drew it out of the sheath thereof, and slew him, and cut off his head therewith. And when the Philistines saw their champion was dead, they fled. "
I believe that there is a TIME TO FIGHT and that is in the case to protect the lives of others. Had Bin Laden ever come to a place of true repentence this would be a different story, however this is NOT a case of the Apostle Paul. Therefore his elmination was very much VALULABLE to our country AND also  other countries as well.
I have some enemies in my life...you know, people that are just haterZ!!! They tear you down, talk behind your back, treat you wrong, make fun, people that have just done me wrong...Should I rejoice in their sorrows?! NO!!! Should I be praying for them?! YES!!! However, Osama Bin Laden does NOT even begin to fall into that category. This is NOT a little matter of, Oh we just have a different way of veiwing things...like I wouldn't vote for him to be president...
He was a threat to our WHOLE ENTIRE NATION. His desire, his dream, his goal, his ambition in life was to see this country fall. This death was a victory for our nation and YES, I am happy about it!!! I will ALSO be VERY happy when our greatest enemy Satan is ONCE AND FOR ALL thrown into HELL FOREVER!!! The devil has ONE goal as well, and that is to DESTROY God's people!!! YES I WILL BE HAPPY WHEN ITS ALL OVER!!!
I do NOT believe it is wrong to rejoice in victory and triumph!!! This is NOT a political matter of who gets the credit, Bush, Obama or our soldiers...as far as I am concerned, TO GOD BE ALL THE GLORY!!! I will end this post with a word from King David.
"The righteous shall rejoice when he seeth the vengeance: he shall wash his feet in the blood of the wicked."(Psalm 58:10)
Who's ready for some FOOTWASHING?!?!
Posted by Mary Frances at 12:49:00 AM