Todays words of advice for singles:
Don't take things into your own hands!!!
(like finding a spouse.)
.
So probabley around a year or so after my big break up with the guy that I almost married, I decided to MOVE ON!!! After pining away for all this time after this one guy, I was FINALLY READY for a NEW RELATIONSHIP. ANNNNNND, since there were NO guys at my church for me, I decided THE ANSWER was APSOSTOLIC SINGLES NETWORK!!! AHAHAHA!!! I had some close friends that literally met and hooked up through that website and they were absolutely PERFECT for each other and their marriage really truly WAS OF GOD!!!! Weeeeeelllll...I just SOOOOO KNEW that was THE ANSWER FOR ME!!!
.
Heh, heh!!!  Soooooo I decided to get up the guts and ask my pastor if it was ok for me to get on. Okaaaaaaaaaay...I gotta be HONEST...I was ACTUALLY, already ON IT, buuuuut, I figured if I did ACTUALLY meet a guy what would I do??? Sooooo I figured I BETTER GET PERMISSION so I was already PREPARED to hook up with this amazing person I just KNEW I was going to find!!!
.
Sooooo I gathered up my COURAGE one evening, AFTER pastor appreciation service, (AHAHAHA...smoooooth MOVE, RIGHT???;) Now this was about 6 years ago, so Bishop Abbott was still our pastor. And let me tell you, Bishop was in a SUPER GOOD MOOD and I waited just till he was done opening gifts and in the middle of eating the dessert the church had prepared, and I was like, Bro. Abbott, can I ask you a question? (Total pastor saint moment...LOL) And he is like, SURE!
.
Annnnd I'm like, weeeeellll... (HOLDING MY BREATH!) I was just wondering it would be okay if I got on Apostolic Single's Network??? I was truley expecting an IMMEDIATE...NO!!! Buuuut I think he really felt bad for me, cuz of the whole broken heart thing, soooo he was just like, weeeellll what is it? So I explained what it was and how WONDERFUL it was ANNNNND I even reminded him of this couple that had met on there annnnd I could see he wasn't totally against it. (Oh yes LORD!)
.
Sooooo we had a visiting preacher that night, I think it was Bro. Bryant from MS, and he was like well what do you think of Apostolic Singles Network? (Still holding my breath!) So Bro. Bryant is just like, basically saying the same thing, he didn't really know very much about it either but he just suggested that we find out what church its affiliated with and stuff.
.
Weeeelll Bro. Abbott was pretty down with that. He was like ok Mary, let me have some time to think about this and I'll get back to you on it! So i'm like OK! And the conversation really ended on a VERY POSITIVE NOTE!!! I just KNEW that I would be allowed on ANNNND the finding of my spouse would be happening VERY SOON!!! ;) My only concern was that he MIGHT forget and that I would have to remind...I really didn't want to have to do that cuz I HATE being a NAG!!!
.
SO I walk away and about one whole minute later, Bro. Abbott calls me back over. Still in a totally chipper mood, he says in a very positive and chipper tone, "You know Mary, i've thought about it," (Wow! ONE WHOLE MINUTE for him to realize that THIS IS THE ANSWER) "And i've decided, for you," (Ten second pause) "FOR YOU...(five second silent pause as I prepare to jump up and down for joy) NO! (WHAAAAT???) He is like, I know it worked out for that other couple, buuuut, for you Mary, NO! I just don't think this would be a good idea!" ( STILL TRYING TO FIGURE OUT WHAT THATS SUPPOSED TO MEAN!!! LOL!!! I mean, like, as if I, MARY FRANCES GINTY, WOULD EVER GET MYSELF IN TROUBLE ON A SOCIAL NETWORKING SIGHT FOR SINGLES!!! I MEAN HELLLLLOOOO!!! Its not as if i'm overly friendly and have NEVER met a stranger in my whole entire life or something cRaZy like that...AHAHAHAHA)

So I said, Ok Bro. Abbott. THEN, being the wonderful, obedient and incredibly submissive woman of God that I am, I IMMEDIATLEY, went home that night and closed down my account to that social networking site!!! No, really, you all can stop laughing now...that REALLY IS WHAT I DID!!! Because, as much as I wanted to get married, my desire to be pleasing to God is stronger. YES, I was disapointed, BUUUUUT, I knew I needed to obey my pastor.
.
I would like to tell you all, that because I listened and because I obeyed my pastor, THAT IT WASN'T SOON AFTER THAT situation, that a handsome, Godly, burden for the lost, on fire for God, man, walked into my life from out of NO WERE, swept me off my feet and we lived Happily ever after serving the Lord together. THATS WHAT I WOULD LIKE TO TELL YOU ALL!!!! Buuuuuuut...
Here i am about 6 or so years later,
HAPPY??? YES!!! 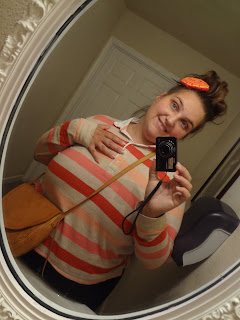 HAPPILY MARRIED???
NOOO!!!
HAHAHAHA!!! :)))
.
Just because we do what's right, doesn't always mean we will get IMMEDIATLEY what we're waiting for. STILL...don't take things into your own hands! I recently watched someone that I love dearly, take getting married, into their own hands. One day we were hanging out, having fun and being cRaZy, the next thing I know, they're married. I was SHOCKED!!! I cried for nonstop for weeks straight. Even now, sometimes my mind can't even quite comprehend out it all happened! Some days, like today,. I just can't stop myself for crying just one more time!!!


God had something big in store for them, RIGHT AROUND THE CORNER...buuuut they just couldn't wait...they took the situation into their own hands and made a big, HUGE MESS!!! My niece asked me, oh so is so-and-so married now? I said, YES, and they got married AGAINST their pastor's wishes. I explained to her, that means they DISOBEYED their pastor. I said, I'm telling you right now Mary Jo, DO NOT EVER marry someone in disobedience to your pastor!!! Her eyes got really big, I'm like, I MEAN IT MARY JO!!! She is like total attitude now, OKAAAAY MARY, I know, I'm NOT gonna disobey pastor!!! I'm like weeeelll GOOD and don't you forget it either...she was like...OKaaaaay...WOW!!! (And if you know MJ, you know JUST how she said it!!! HAHA!!!)
.
We can't take things into our own hands!!! We have to believe that God has a plan!!! We have to believe that God is going to take care of us!!! You think you know better than your pastor?? You think that you got to be on EVERY SOCIAL NETWORKING SIGHT??? Go to EVERY CONFERENCE to find a spouse??? (I mean, I ain't sayin you can't or that you shouldn't  do that stuff, I'm just sayin don't do it in disobedience to your pastor!!! Listen to the voice of God in your life!)  Yes, be friendly...socialize...mingle...meet new people...buuuut do NOT take it into your own hands AND  ABOVE ALL ELSE...TRUST IN GOD!!!