Todays word of advice for singles...

(Read part 1 HERE)
Do NOT listen to PEOPLE!!!
I mean, I'm NOT talkin about, don't listen to anyone's advice or wisdom. We all have certain people that we have chosen in our life to listen to and take advice from. Such as pastor, parent's, youth leaders, close friends, etc...buuuuut ultimately, don't choose your spouse, based on PEOPLE!!!

So there was this time in my life where there was this one guy that had liked me FOREVERRRR!!! I mean, I was in my early 20's and he had liked me since I was 14. I was never really interested in him...but he would always ask me to go with him to banquets at conference or at our church...and yeah...I'm the kinda girl that just feels bad and will say yes to the guy...ITS JUST A BANQUET...not a marriage proposal...I HAVE A HEART PEOPLE...HAHAHA...plus you know its a FREE TICKET...you all know how I feel about FREE...bahahaha...but despite all the banquet dates, I was just NEVER really interested in him!!!
.
BUUUUUUUUUUT PEOPLE...would NOT let up on it!!! And I mean we're talkin about a guy that would NOT let up on ME for 6 years straight!!! (STALKER!!!;) This guy ADORED ME!!! He bought me stuff at EVERY HOLIDAY!!! Christmas, Valentine's day, Easter, St. Patricks Day, 4th of July, my birthday...Nice stuff!!! Cute stuff!!! EXPENSIVE STUFF!!! He gave me money, flowers, candy, STUFFED ANIMALS...you guys...I looooooooooove STUFFED ANIMALS!!! Ooooo he even gave me a hot pink razor cell phone....Remember back in the day when razor phones were IT??? Weeeellll he got me one...annnnnnnd it was HOT PINK!!! Buuuuuut...
.
It didn't matter how much stuff he got me or how long he liked me....I just couldn't change the fact that I really felt NOTHING for him aside from some good Apostolic sista love...I JUST COULDN'T CHANGE THAT!!! Buuuuut....PEOPLE...PEOPLE THOUGHT THEY KNEW MY HEART BETTER THAN ME!!!
.
PEOPLE kept tellin me...Oh he is the one...Oh this is right...Its God's will, Oh Mary just go for him...Just like him...come on Mary give him a chance!!! How can you be so heartless?! He is in love with you! And ya know, its ONE THING when its your friends saying it, but when people in the ministry start pushing it...I'm just sayin, people that would come through or WHATEVER...it just after a while starts gettin to you...MAYBE they're all right...what do I really know anyways, IF a preacher mentioned it...surely they would know better than I???
.
Soooo I started to weaken...maybe I should just like him...And sooo I kinda did...buuuut one day I was talking to MY MOM about it!!! Oh thank GOD, for a good Momma that ain't afraid to use that New York-Italian attitude and just tell it like it is!!! AHAHAHA!!! Soooo I remember, I was with my mom in my grandpa's blue dodge car and I'm like MOM, what do YOU think I should do?! Do YOU think that I should like him????
.
Annnnnd I'll NEVER forget my mom's response. I was expecting her to say all kinds of bad stuff about the guy and take MY SIDE...buuuut she didn't!!! She just said, "Mary, I can NOT tell you who to like or who NOT to like, that is YOUR CHOICE!!! Buuuut just make sure, that WHATEVER you decide, that its what YOU WANT and NOT what PEOPLE WANT!!!
.
She said, people think you should like him, people feel bad for him, PEOPLE think you should marry him...buuuuut in the end, PEOPLE are NOT the ones that will be married to him!!! PEOPLE are NOT the ones that will have to wake up to him EVERY MORNING for the rest of their lives, YOU ARE MARY!!! Marriage is FOREVER and ONLY you can decide if you like him enough to spend forever with him.
.
Soooo I was surprised by mom's response...buuut I listened to her wise words and began to think about it and no matter how hard I tried, even though I cared and felt affection for him, I knew that FOREVERRR was a LOOOOOONG time and I just couldn't spend it with him...there was something in my heart that just didn't feel secure. I knew what I had to do.
.
Eventually, I wrote him a rather blunt, straight-forward letter, and I DIDN'T BLAME IT ON GOD!!! I didn't say that I didn't think it was God's will...NOPE...I just said it like it was as politely as possible, and let him know that I had no romantic feelings for him, nor would I ever and he should move on....AND PEOPLE said I was mean!!! AND PEOPLE said I was RUDE!!! AND PEOPLE HAD A LOT TO SAY...buuuut...you know what...I IGNORED PEOPLE and made MY OWN CHOICE!!!!
.
Today I can HONESTLY say, that I am GLAD I INORED PEOPLE... that guy, although hurt and disapointed,  HE GOT OVER ME... he moved on, found someone else, is a father now, and here I am...
.
STILL SINGLE... 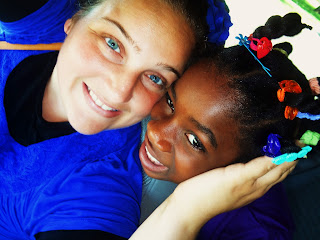 Ultimately, STILL NOT REGRETTING MY DECISION!!! All cuz I DIDN'T LISTEN TO PEOPLE!!! I'm tellin you all...DON'T LISTEN TO PEOPLE!!!
.
Once again, I'm NOT saying don't ask those certain people in your life for counsel and guidance...buuuut when its all said and done, remember that UTLIMATLEY, its YOUR CHOICE!!! Take time to think it through and PRAY about it!!! ANNNNND REMEMBER...
GOD gave you a brain for a reason...
USE IT!!! :)
To be continued...read Part 1 HERE!!!
♥Mary Frances :)
Posted by Mary Frances at 12:00:00 AM