Baking up a miracle!!!

Just a little thought that I wanted to share with all my readers. Its NOT my own thought, I was just listening to Holy Ghost radio the other day and was soooo INSPIRED by this message that was playing. I don't know the name of the preacher and I think it was at a conference, but he was talking about miracles that God does and HOW sometimes God does PART of the miracle, but the REST of the miracle takes our OWN WORK!!!
.
He brought out how in the Bible God provided manna for the children of Isreal for food, when there was NO food. However, he brought out a point that I have NEVER realized before! He said that the manna from heaven was NOT the way most of us think of it in our mind. Most of us think of the manna in our minds as some sort of wafer type cracker that just fell from heaven, ready and prepared for them to eat, BUUUUUUT that is NOT what the Bible actually says!!!
.
He said that the Bible says it was as a SEED that they ground up and THEN baked...READ IT FOR YOURSELF...
"And the manna was as coriander seed, and the colour thereof as the colour of bdellium. And the people went about, and gathered it, and ground it in mills, or beat it in a mortar, and baked it in pans, and made cakes of it: and the taste of it was as the taste of fresh oil." (Numbers 11:7-8) 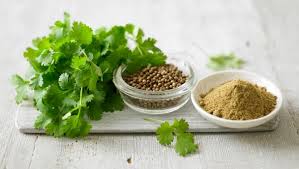 God DID indeed give the Isrealites a MIRACLE....buuuuut it was NOT just handed to them!!!! They didn't JUST GET THEIR MIRACLE...they were given something, THEN they had to WORK FOR THE REST!!! I was just like ASTOUNDED when I heard that!!! I've NEVER, seen that in the scripture!!!
.
There are SOME things, that we just have NO control of, that we fully just HAVE to trust in God!!! Buuuuuuuuuuuuut there are also OTHER miracles, that God will provide a part of and THEN WE have to do OUR PART!!! We have GOT TO work...work...WORK for THE REST OF THE MIRACLE!!!
.
He brought out how sometimes there is an evangelist that will come through our church, and he says , there is a GREAT revival that is going to happen in this church! SOULS coming in...and then WE SIT back like, it NEVER happened!!! Where was the revival??? What happened to ALL THE SOULS???
.
He said GO GET THEM!!! I was like Oooooo that is soooooooo GOOD!!! PREEEEEACH!!!! Seriousley inspiring to me in my own life!!! I feel such a strong burden for this Palomino Square area in Greenway...its such a rough area of Paradise Valley...but I keep praying for a miracle over there...I was inspired to go find some NEW kids today...and its like God's saying, come on do YOUR PART GIRRRRRL!!! You want a miracle??? GO GET A MIRACLE!!!
.
We gotta WORK THE FIELDS!!! There are HUNGRY souls...revivals that just WAITING to break out...we just got to do our PART!!! OUR part is to FIND THEM...BRING THEM...God's part is to TRANSFORM THEM!!!
.
God's READY to bake us up a MIRACLE!!!
We just got mix it up!!!
We just gotta  kneed the dough!!!
"Therefore said he unto them, The harvest truly is great, but the labourers are few: pray ye therefore the Lord of the harvest, that he would send forth labourers into his harvest." (Luke 10:2)