Desperate??? No single person ever wants to actually admit that they are DESPERATE!!! Buuuuuuuuuuut WHAT IF some of us DARED to admit that there are times were we really do ACTUALLY FEEL DESPERATE to get married. Most people, with any amount of self-dignity at all, never wants to say, I'M DESPERATE. Because a person that admits they're desperate is acknowledging weakness and most of us have to much pride to all themeselves to show any vulnerbility
.
Yet there are times, when wanting to get married so bad overcomes me and I actually have to ask myself, AM I DESPEERATE??? Like I want to get married sooooo bad, maybe I should join a Desperate Singles Anonymous group. Instead of AA it would be called DSA!!! AHAHA!!! I mean just imagine with me for a moment what it would be like... 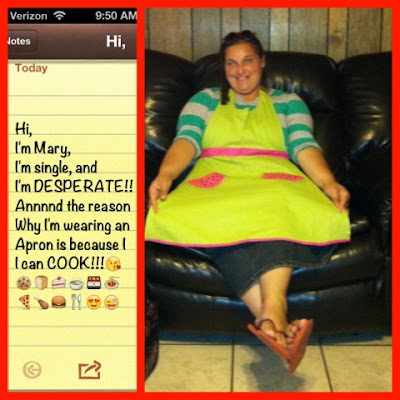 AHAHAHAHAHAHAHAHAHAHAHAHAHAHA!!!
Can you imagine??? Thankfully, i'm really glad that we don't have DSA in Pentecost...it would be just CREEEEEPY!!! BAHAHAHAHAHAHAHAHAHAHAHAHAHAHAHAHA!!!
.
However, I looked up the definiton of DESPERATE in the dictionary because I really wanted to know, AM I DESPERATE??? This is what desperate means: Without hope. Without care of safety; rash; fearless of danger; Hopeless; despaired of; lost beyond hope of recovery; irretrievable; irrecoverable; forlorn.
.
When I read that I was like WHOOOOA...I'm NOT desperate!!! I never realized that the word desperate had such a negative meaning. Furthermore, when I looked it up in the Bible, its only found three times and its always used NEGATIVELY!!! I always thought that the woman that touched the hem of Jesus garment was said to be desperate, but I looked it up in the Bible, and it NEVER ONCE says that she was DESPERATE!!! YOu know WHY??? Because that woman had discovered Jesus! I don't know if she had been desperate BEFORE she found Jesus, but when she found Jesus, she had found HOPE!!! The answer to her need was in Him!

Maybe your like me and there are times that you want a spouse soooooooo BADLY, you almost start to wonder, AM I DESPERATE??? Here is a checklist for you to see if your desperate:
Are you willing to:
__ Go against any of your God-given authorities?
__ Compromise beliefs or standards?
__ Goes against Biblical principles?
__ Look to the world?
__ Go on things your not supposed to be on?
__ Go places you shouldn't go?
__ Dress the wrong way?
__ Hurt others to get what you want?
__ Make irrational decisions without prayer?
__ Date someone from the world?
__ Missionary dating?
__ Flirt to convert?
If you've marked yes for any,

YOU are officially desperate!!! :)))
However, the opposite words of desperate are: confident,content, satisfied, secure and unworried. I think that one word that can sum all of those words up into one is TRUST. The opposite of desperate is TRUST. No matter how much you want to get married, as long as your trusting in God, your NOT desperate!!! It doesn't matter how many tears I may cry, I'm NOT going to compromise to get what I want. I'm TRUSTING IN GOD!!!
.
Perhaps your wondering, IF I'm NOT desperate, what does it mean that I want to get married soooo badly??? Thats your DESIRE. Which is what we will be talking about tomorrow. Today, just REMEMBER, as long as your TRUSTING in God, your NOT desperate!!!