Recently, I've had the opportunity to share this testimony several times and I would like to expand it a little and share it with you all as well. Quite a while ago, I was talking to a friend that had grown up in the church, she backslid in her teens but made her way back to God and has been living for God for quite sometime now.I was hanging out with her one day, and I was just talking to her about the African kids. I was telling her about some of the things that were going on with the girls, who's pregnant, who's had an abortion, we're talking about girls that are in their early teens...
.
and my friend says, Mary I think its just so amazing how you just love the kids so much and that your able to handle working with kids that have such horrible backgrounds. I mean, we really are talking about HORRIBLE lives. The filth that goes on starting at an EARLY age, little kids, practically babies still, that know more and have experianced more than I have. My friend says, and the way your just able to work with them without freaking out about it like most people do when they hear their lifesyle. She goes onto say, I mean I could understand if you were like me, if you had left God and lived a life of sin, then I could understand, she's like but you never have. She's like, I mean your innocent Mary...
.
I'm like I don't know. I really don't know how I do it or why I don't freak out, I just love them. I just know that its sin and that their ONLY hope is Jesus...and I know there is no sin to great for the blood of Jesus to wash away...buuuuut I just can't explain it, there is such a deep love in my heart for them. However, later on I was thinking about it, really thinking about it. And I realized another reason WHY I'm able to look on them with such compassion.
.
In my extended family, on my mother's side, everyone's basically got it "Together". However, on my father's side of the family it is a different story. My father is one of 6 kids, out of those 6 kids, aside from one uncle that never had kids with his wife and another uncle that never got married cuz he's down syndrome, the rest of my father's siblings that had kids, within each family, there is at least ONE, if not more children that have a pretty messed up life. I have a cousin that did meth for ten years, others that are alcoholics, depressant, a cousin that got pregnant for the first time when she was 12, lost that baby but got pregnant again when she was 14. She's just a few years younger than me and has a 12-year-old daughter.
.
Then there is MY FAMILY. Out of my father's siblings, my dad is basically, altho there are others that have their issues, my father is STILL basically the one considered with the most issues and addictions still at this point in his life. YET, my father is the ONLY one that has five kids that are not messed up. How could this be possible? How could the one with THE MOST problems be the one with five kids living for God???? The answer is simple: JESUS!!! JESUS IS THE REASON!!! Despite all the crisis of life growing up, we had a mom that FAITHFULLY brought us to Jesus. Our family SHOULD HAVE BEEN THE WORSE OFF!!! Not that we're perfect and NOT that we don't have our problems...our cRaZiNeSs...buuuuuut...WE SHOULD HAVE BEEN THE MOST MESSED UP...buuuuut JESUS...He STEPPED IN!!!
.
Annnnnnnnnd WHEN I look at these kids, I am reminded of where I would be WITHOUT GOD!!! I have NO DOUBT it my mind that I would NOT have been someone that had it "Together" without Jesus. I would NOT be a benefit in any way to society. I would be a partier, I woulda been a loose, immoral woman, I would be one of these teen girls with a baby or even worse...WITHOUT GOD!!!  Its not in MYSELF, buuuuut only by the goodness, the mercy and the grace of God that I have made it to 30 preserved, with my purity intact.
.
I was riding to church one Sunday in the church van, just being my goofy self, being all cRaZy with some black gospel that was playing and one of the ladies from our church starts laughing. She says, Mary its a GOOD THING you have Jesus, because WITHOUT God, you woulda been ONE WILD WOMAN!!! Annnnnnd EVERYONE, including all the kids agreed! AHAHA!!! I was like, OH I KNOW that I would be!!! THATS MY TESTIMONY!!! I'm NOT what I should have been!!!
.
Thats what I think when I see these kids. I don't think oh their so dirty, so vile, its more than my innocent self can handle. I have never smoked a cigarette, snorted drugs, been suicidal, worn immodest clothes, been a teen mom,  BUUUUUUT God STILL delivered me from that. I don't think that I'm better than these kids, or my cousins or anyone else, I just know that I'VE BEEN DELIVERED!!! Thats how I have such love, such compassion for them, I know I was just as lost in sin. I shoulda been one of them. I shoulda been a wild, filthy woman, buuuuuuuuuuuut JESUS, he found me at two years old, I had NOTHING to offer him but a life of brokeness and strife,
BUUUUUUT he took me,
and he made SOMETHING
BEAUTIFUL out of my life!!! 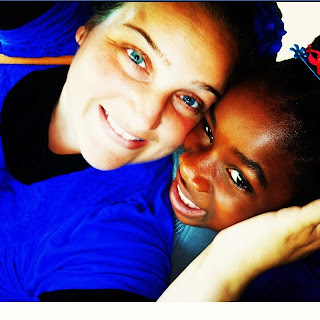