The second day I totally overslept!!! Even despite the youth lock in, and staying out later to help chaperone friends, even at three in the morning I could NOT FALL ASLEEP!!! Annnnnnnnnnd someone, I won't mention any names, happens to be a BED HOG!!! Like I ACTUALLY got up and measured to see if she was on my space!!! LOL! She's like, you shoulda just pushed me over, Im like I cant do that...I FEEL BAD!!!! LOLOL
.
I ALSO looooooved this outfit!!!! Its a Jones New York sweater(Did I get it right Jen??? Or is it New York Jones???) I got it for ONLY $3 at Goodwill!!! Soooooooo CUUUUUUTE!!! Its kind of like a sailor looking sweater...I gotta wear it a lot before it gets to hot here in AZ!!!! 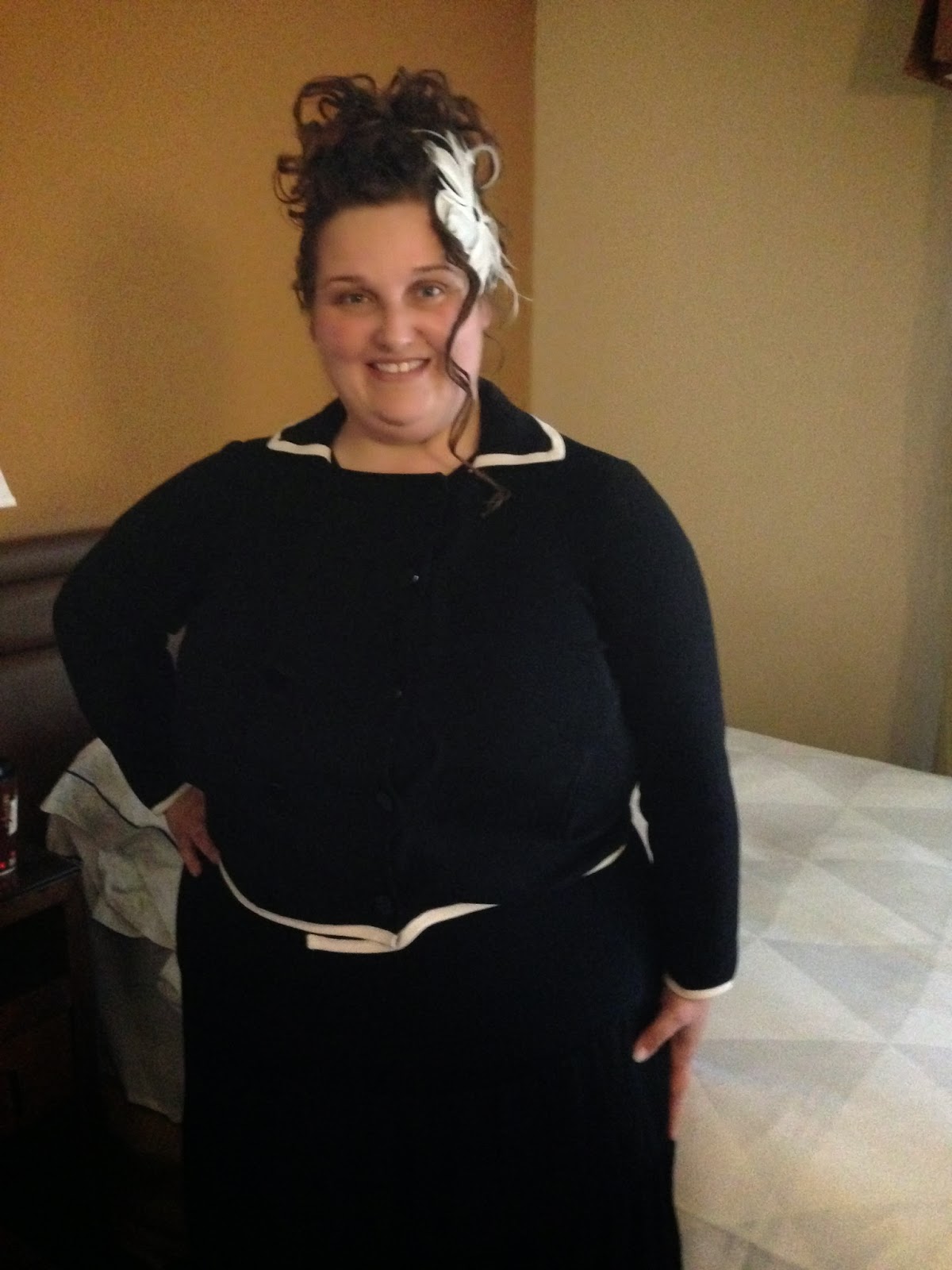 I WILL admit THAT, it was on THIS day that I overslept and was late to the church van...buuuuuut I think ONE TIME is acceptable considering the fact that the guys from our church were LATE to the van EVERY TIME!!! The first night we were just sitting there waiting and waiting for the guys to come from their room to the van!!! Annnnd everyone was just like whaaaaat in the world is going on??? Denae was like, I can't believe its taking them THIS long to get ready! We're the girls and WE DIDn"T even take that long!!! I'm like, I'm kinda doubting that its ACTUALLY taking them that long...its MORE LIKE a nap was involved!!! Suuuuuure enough...I WAS RIGHT!!! Heh, heh!!!
.
Anywayz, when us girls got to the van we were like, SORRY we're late, we just had us a lil extra prayer meeting!!! The guys were like, OH i'm SURE!!! Liiiiiiiiike...No REALLY, like as in, GOD HELP ME WITH MY HAIR!!!! AHAHAHAHAHAHA!!!!
. 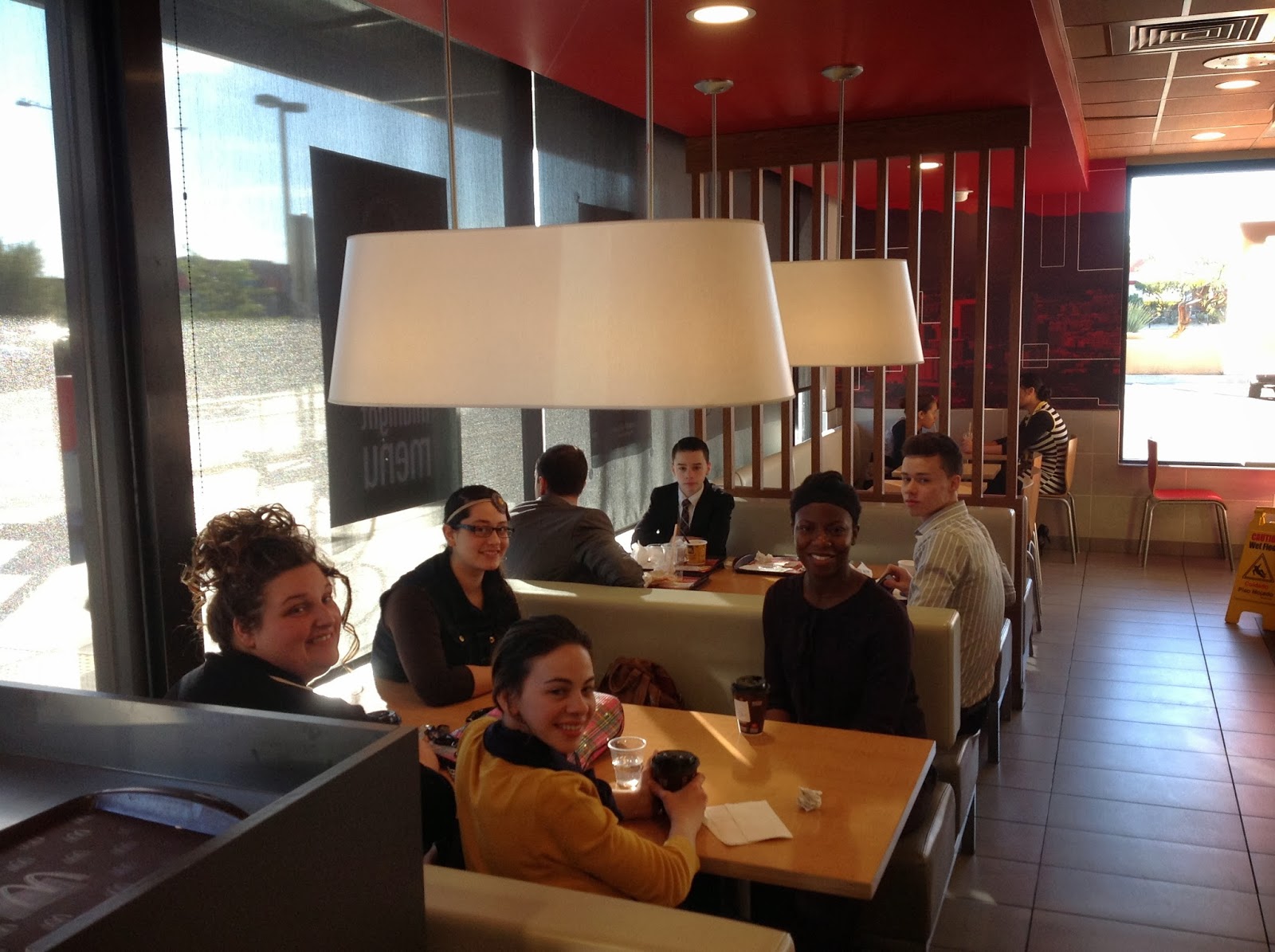 Btw:Allana texted me and said, I'm Mawsome!!! YEAH!!! We're bringing MAWESOME BACK!!! Woooooohoooooo!!!! HAHAHAHA!!! That's sorta an inside joke....buuuuuuuuuuuuuut I'll explain it to you all!!! Soooooo when Allana came to our room and was hanging out with us I was like asking her about her uncle cuz we were friends back in the day! I'm like, tell him Mary says, HEEEEEEY! and congrats on the wife and baby! I'm like, just say Mary from the Abbott's church and he'll KNOW who your talking about! Soooo then I'm telling her all kinds of stories about her uncle...I'm like yeah like this ONE TIME, he's just sitting there telling us about he misses Honduras SO MUCH, because IN HONDURAS, you can just throw your trash out the window when your driving, BUT IN THE .U.S. you can't do that!!!
.
Buuuuut then I'm like, buuuuuuut the one thing that I REALLY remember about your uncle is that he stood up for me when this girl was making fun of me! She's like, awwww what happened? So I tell her the story... A bunch of us young people had gone out to eat to Chili's and there was this girl that lived on a ranch there annnnnnnnnnnnd she wanted everyone to come over...weeeeeeellllll ya know, i'm just sitting there being my NORMAL Mary self...I'm probabley about 14 or 15 at this time...sooooooo you can imagine JUST HOW HYPER I was...I was totally the COMPLETE center of attention, making everyone laugh their heads off cuz you know, I'm SOOOO FUNNY!!! hee, hee!!! ;) Weeeeeeeellll... I guess this CHICK didn't like that!!! So she's like telling everyone, yeah you all can come over to my house and we can ride horses tomorrow...then she pauses and goes...weeeeeelllll...I don't know IF they could hold YOU Mary! Like, if you know me, really know me...You know that I could be like TOTALLY off the wall hyper buuuuut as soon something mean is said I'll just completely shut down!!! I mean I don't consider myself to be a easily offended person, buuuuuuut I have a pretty soft heart...
.
Sooooo i'm just sitting there like, not saying anything and this one girl is like, You know what Mary, YOUR AWESOME!!! Annnnnd I was kinda like feeling better cuz she said that! I tell Allana, annnnd then your uncle says, ACTUALLY, you know what Mary, your MORE THAN AWESOME....your MAWESOME!!!! Allana like busted up laughing!!! She's like, that's sooooo CORNY!!!! I'm like, YES, buuuuuuuut at the moment it was like the MAWESOMEST response everrrrrr!!! I was like SOOOOOOOOOOO proud that THE EVANGELIST had stood up for me!!! I just wanted to be like, what now girrrrrrl??? WHAT NOW??? Then after that we started saying that EVERYTHING was MAWESOME!!!!! Your hairs mawesome! Your shoes are mawesome!!! You have a MAWESOME smile!!! Church was soooo MAWESOME this morning!!!! oooooo  YEAH....MAWESOME...ITS COMING BACK!!!!
.
I'm like, ANYWAYZ, he stuck up for me annnnnnd when someone does that...I NEVERRR forget it!!! :)))) NEVERRRRRRRR!!!!
Me annnnnnd Miss Miranda.... 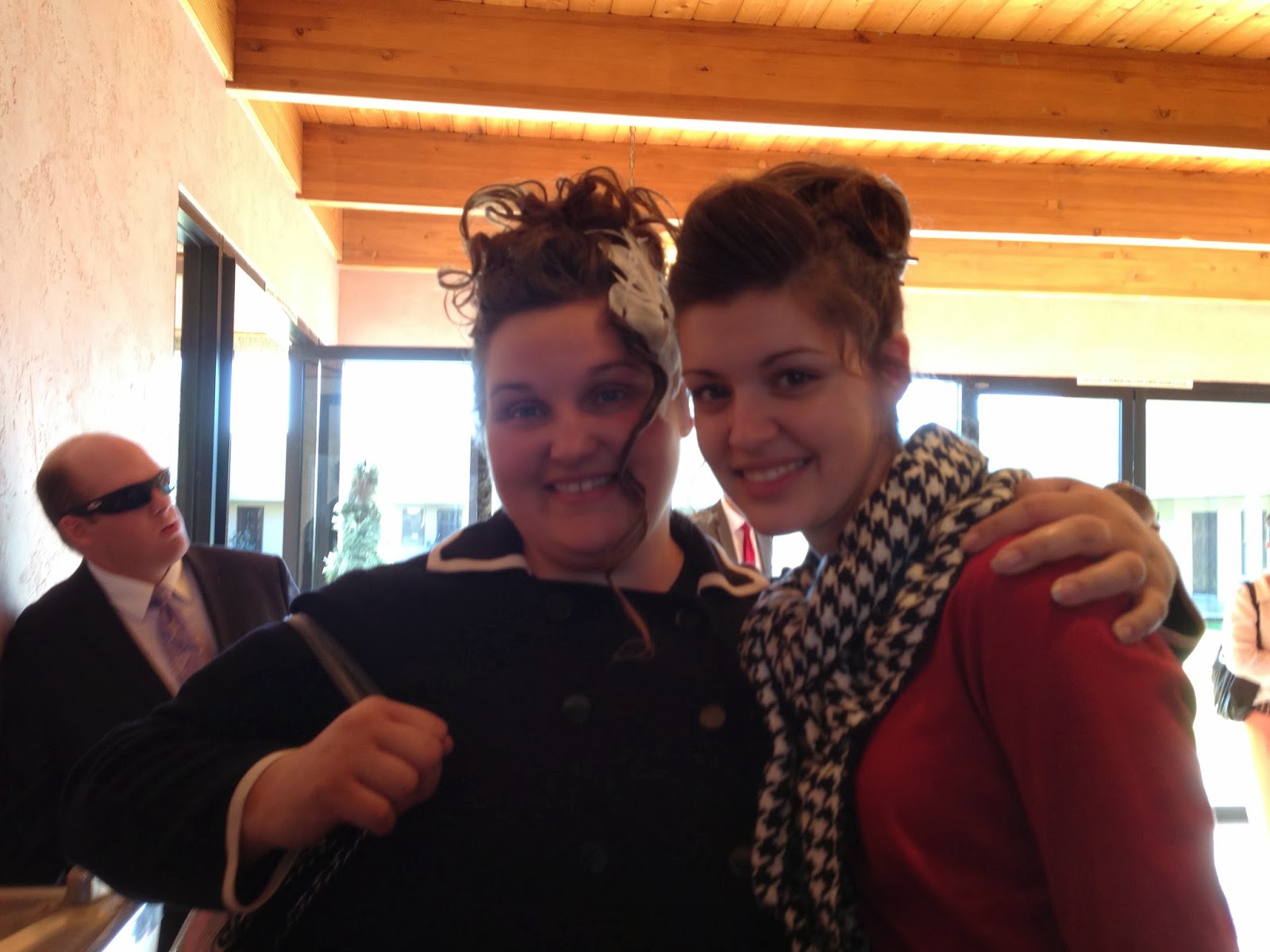 Oooooooo annnnnnd the banquet....it was such a blast!!! Our table was absolutely total and complete hyperness!!! Everytime pastor came over to our table he would catch me in the most AWKWARD moments!!! Bahahahahahaha!!! Like for example, during Bro. Garrett's message, he was talking about something, listen to the message cuz I don't wanna misquote, buuuuut he was talking about something, he's like, If you don't like what I'm going to say, BUILD A BRIDGE AND GET OVER IT!!! I was thinkin like, NIIIIIIIICE....I liiiiiike that!!! We were talking about that at our table, I was like, that was sooooo AWESOME when he said that!!! Then I'm like, buuuuut I wonder if he knows that the WHOLE QUOTE is ACTUALLY, "Cry me a RIVER, Build a bridge and get over it!" Annnnnnd I was being all, you know DRAMATIC when I said it and right when I got to the end of it Pastor walks up and just looks at me...I'm like, OH HELLLLLOOOO Pastor!!! How are you doing this fiiiiiiiiine evening!!! Annnnnnnd then our whole table just busted up laughing!!!!
.
﻿
that blue mass is a cotton candy face...Its my boyfriend...Created by Diego!!! LOL Thaaaaaanks duuuuuuude!!! Pastor said, BUUUUUT he's NOT CHOCOLATE!!! Buuuuuuut heeeeey at least he's SWEEEEEET!!! LOL 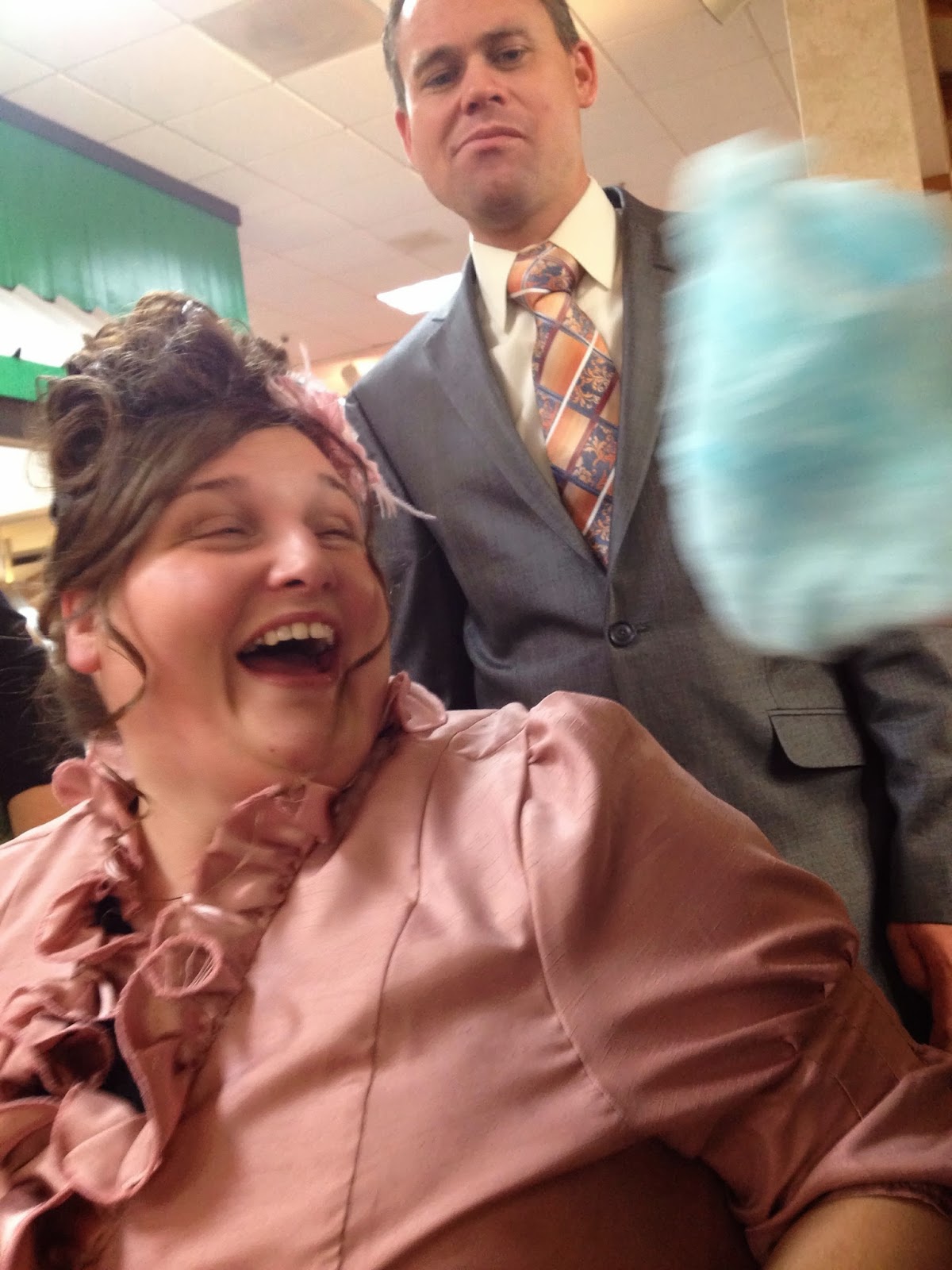 Me and Denae!!!
Soooo Denae had told me earlier in the day that when Bro. Connor preached about Esther, her dad called her over to him later and told her that she is his little Esther!!! I was like Awwwww!!! Then I was like, can you ask your dad IF I can be his BIG Esther??? LOLOL Pastor said, "I don't get it!" HAHAHAHAHA!!! 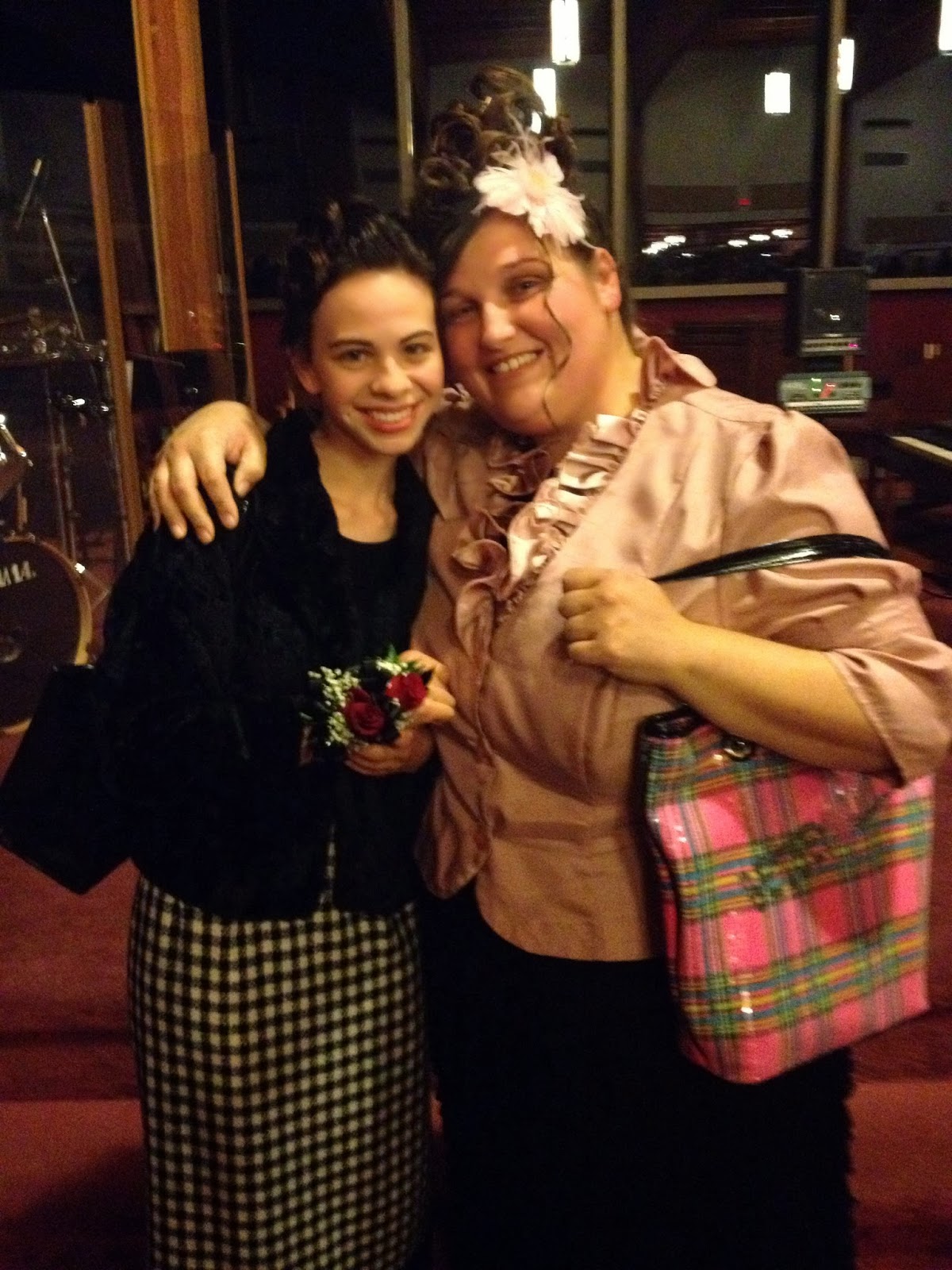 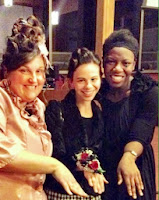 Someone came over and told us this joke at our table and I like could NOT stop laughing!!! I can't remember who said it but they were like, what's the difference between a dwarf and a midget? The answer: VERY LITTLE!!! Oooooo I LAUGHED SOOOOOO hard!!! like SERIOUSLY!!! Get it you guys??? VERY LITTLE??? BAHAHAHAHAHAHAHAHA!!!
.
AnnnnnnnnnnywayZ, the whole conference can be summed up in ONE WORD....
MAWESOME!!!!