YesturdAy, was a fun day... Hanna and I just ran around running errands for Anali's bridal shower! I was determined to find the perfect apron for her cuz she said said she didn't have any yet.... Buuuuut then her family gave her a bridal shower and she got two...aaaaauuuugh! Now I don't know WHAT to get her! I lnow I could ACTUALLY look at her registry but that's sooooo BORING! Lol
.
Annnnnnd after all that overpacking I realized that I HAD forgotten my navy blue layering shirt that I need for several outfits... Ugh!!! Man Mary! Really? REALLY??? How could you forget that??? Soooo every store we went to I was looking for a navy blue shirt buuuuut alas I could NOT find one!!! Waaaah!!! Then we went home and I was organizing my luggage cuz it was one HUGE mess from the airport and lo and behold I was like HANNNNNNA LOOK WHAT I FOUND!!! She like busted up laughing!!! Yup, it was my navy blue shirt!!! AHAHAHA!!!
.
Earlier we went to Peets and I tried their new black and white tuxedo drink... And it did NOT get my approval!!! I'll try something else next time! 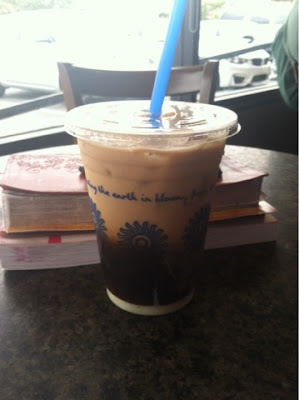 For lunch we went to Homeroom! They serve nothing but all different kinds of macoroni and cheese 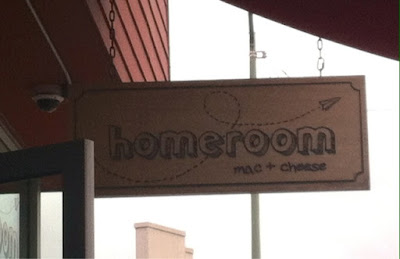 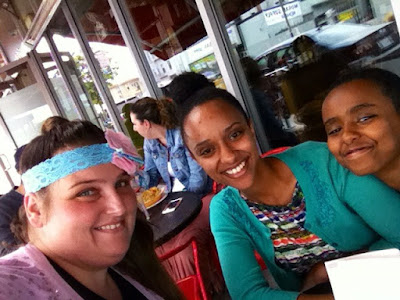 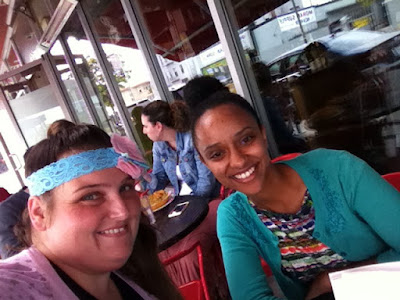 Our yummy Mac and cheese! Mine was jalepeno popper 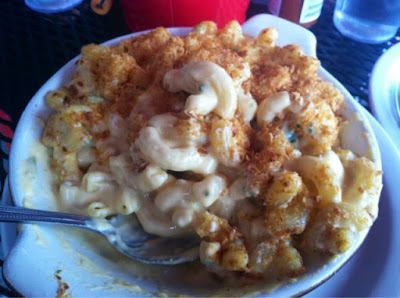 Hanna and Mesgana got smoked bacon with some added spice to it and it had this awesome kick to it!!! Then we all shared ours with each other! 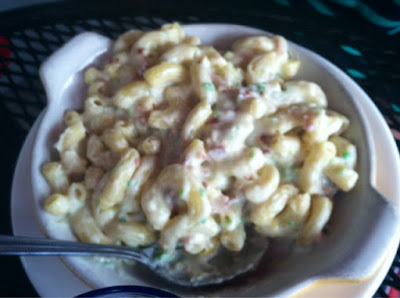 Soooo everything here in the bays really like hippy, tree huggish and she's like always telling, me oh no it's like this because people don't believe this or that, blah, blah!!! Annnnnd it's WEIRD, they have to pay for their grocery bags here... It's to try and get people to bring their own bags and save a tree! So we all just got water to drink and they bring us a pitcher of water without ice! I'm like, Hanna, do these people not BELIEVE IN ICE EITHER??? 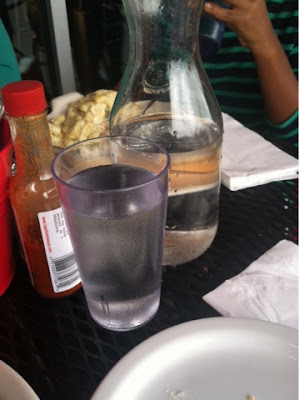 Then we made a Starbucks run before church in San Lorenzo, where Bro. Rushing pastors. 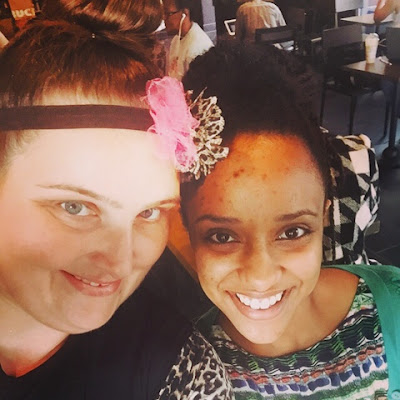 Oh annnnnd look, they have the coolest church van!!! Check this out!!! 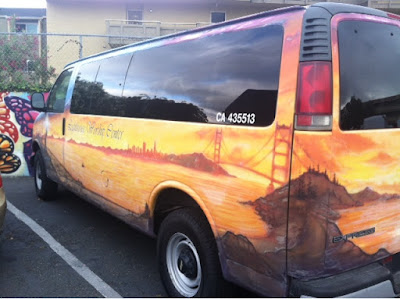 I'm  thinking like, maybe when I get back home I can talk Pastor Abbott into painting a desert scene on our church van!!!
.
Then after church Hanna dropped me off at Anali's cuz she was working the whole next day and plus I wanna spend time with her before the aliens in Roswell steal her away! Ahaha!!! Sooo we had a little sleepover and stayed up late talking til Anali just conked out!!! 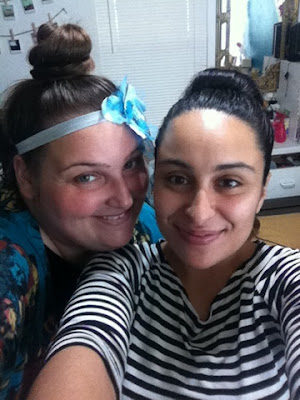 Then today we just hung out and ran errands, did wedding stuff!!! She's got some cute wedding decor... She's very creative!!!
. 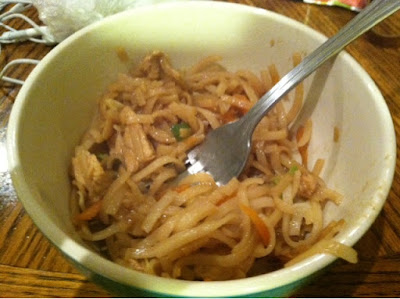 Anali made this really chow mein for dinner and I LOOOOVED it! Buuuut Anali didn't like it! I'm like, whaaaat this is GOOD!!! Anywayz, Joe momma, she's a goooood cook!!! You'll be happy with your soon to be wifey!!! :)))
.
Then me and Anali got superrrr BORED!!!  Mainly cuz she didn't have a car! I mean we were talking about my dream man, if I married a white man, annnnnd that's a BIG IF, anywayz, it would be like a stocker version of Jason Crabb when he was younger and no beard snd he looked really Apostolic in his suits and stuff... I'm like Anali, DIMPLES!!! But yeah a fluffier version of Jason Crabb would be AWESOME!!!
.
Anywayz, once I was done telling her my dream white man, we continued being bored to the point thst we pretty much begged Hanna and Bro. Kifle to come rescue us!!! Annnnnd they did!!! After work... Which was like 9ish!!! We made a Jack-the-box run and sat in the car and ate! 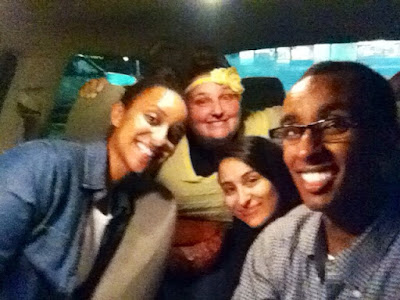 Annnnd amongst telling jokes and stories, I got to hear these Bay people, COMPLAIN ABOUT THE WEATHER!!! It's soooooo cooooold!!! This beautiful, BEAUTIFUL weather!!! Dude they need to come to AZ!!!
.
Then we found a 24 hr grocery store and Hanna bought the stuff for biscuits and gravey... Which I will be making in approximately 7 hrs.... Soooo I should probably go to bed!!!
.
The rest of tomorrow will be preparing for the Bridal shower!!! Hanna and Jen, the maids of honor, have done a really good job planning it!!!
.
Okaaaaay REALLY, good night now!!! :)))