Thanking God on Thanksgiving 2015 especially for...

Last year, for Thanksgiving I found myself especially grateful for JOY!!! This year, I want to give God special thanks for,
A HUGE little miracle called...
LIFE!!!
Just a little over a month ago, our family was awakened in the wee hours of the morning, with terrifying news that caused us all to begin desperately calling out to God in prayer! Begging God to intervene and do a miracle in our family.
.
We received a phone call from my oldest brother Joe that his wife Jewel, who was pregnant and scheduled to have a C-section and give birth on November 14th, was hemorrhaging uncontrollably. She had passed out, 911 was called and she was now being rushed by the paramedics to the hospital.
.
For almost an hour, we waited with heavy hearts, hoping for the best and not the worst. Finally, after what seemed like forever, we got the news that his son was delivered, then a little while later that the mommy was stable and in intensive care, and we all breathed a sigh of relief as welcomed the newest member of the Ginty family into the world!!!
Baby Jeremiah!!! 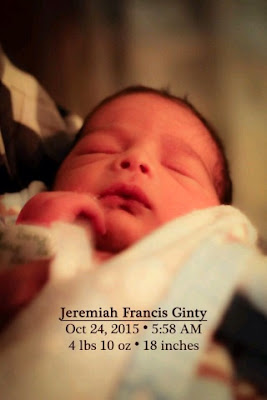 In the preemie-intensive care unit... 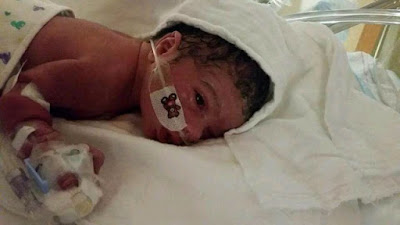 Once they were all stable, the doctor that worked on Jewel and prevented her from dying, that doctor came out and told my brother to thank God that his wife was still alive, because that was THE ONLY REASON she was alive!!!
.
Then another doctor came out a little later and told my brother, he doesn't know what he believes, if you wanna call it, luck or God or whatever, BUUUUUT, he wanted my brother to know that the doctor that had worked on Jewel and kept her from dying, was NOT supposed to be on duty that day. However, he just happened to be in the hospital when he wasn't scheduled to be there, which was also the same time they brought Jewel in and that doctor told my brother, that that other doctor was THE ONLY DOCTOR ON STAFF that would have had the knowledge to know what to do to stop the hemorrhaging. When I heard that, I was just like, WOW!!! That doctor may not have known WHY or HOW that other doctor just happened to be there, BUUUUUUT I KNOW THE REASON he was there!!! Its because we serve a mighty, mighty, mighty, GOOOOOOOOD GOD!!! 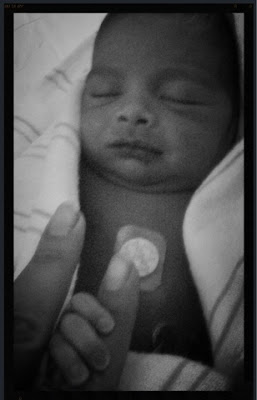 (Here is, his teeny-tiny hand holding my finger)
.
One of my friends told me that the name Jeremiah means, "God IS exalted!" How fitting is that meaning in this already in this little babies life. 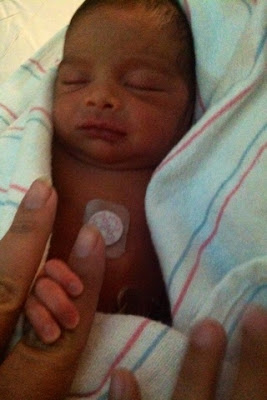 For just the testimony alone, of him being alive is an absolute MIRACLE and every time it is told, GOD IS BEING EXALTED!!!
. 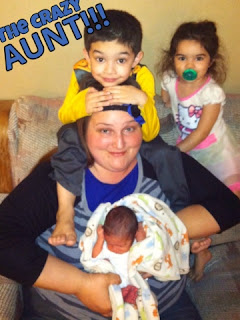 We are all SOOOO GREATFUL to God that you are here Baby Jeremiah and of course your mommy, my lil sista Jewel!!!! I love you guys!!! Purrrrrrrr!!! ♥♥♥ 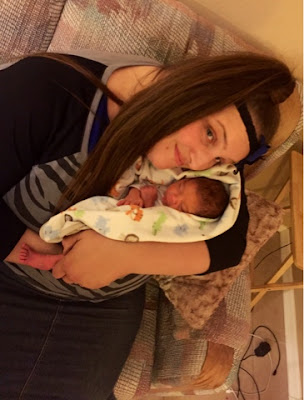 He MAY BE LITTLE, buuuuuuut he has a BIG TESTIMONY TO SHARE!!! 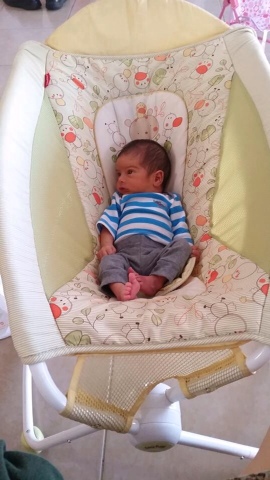 "Be thou exalted, O God, above the heavens: let thy glory be above all the earth." (Psalm 57:11)
And soooooo this Thanksgiving, I want to especially thank God for LIFE!!! At any moment, this precious gift could be taken away from us!!! Buuuuuuut thank you God for your miraculous hand of protection on each and every one of our lives!!! You truly are a mighty, mighty, mighty BIG GOD!!!
♥Mary Frances :)