A CONFESSION TO MAKE!!!

I HAVE A CONFESSION TO MAKE... 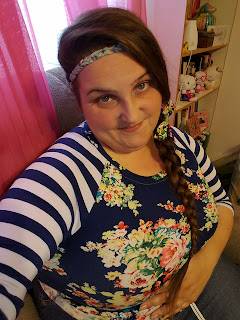 I'm NOT a completely LOYAL Android fan yet!!!
THE truth IS that I'm NOT really devoted to Android OR APPLE...buuuuuut to MYSELF annnnnd MY NEEDS!!! I'm kind of like the guy Bishop Abbott talks about in his preaching sometimes, he didn't know if he should fight for the Conderates or the Yankees! So he wore a shirt from the Confederates and pants from the Yankees and went out to battle...the Moral of the story IS, HE GOT SHOT FROM BOTH SIDES!!! Ooooops annnnd OUCH!!!
.
Don't shoot me folks buuuuuut i'm kinda that guy right now, LIKE I really wish I could get that confetti and balloon texts on my ANDROID!!!  Hee, hee, !!! Buuuuuuut the point is, I'm WITH the one that FULFILLS MY NEEDS THE BEST, Annnnnnnd at this point,
ANDROID TAKES BETTER SELFIES THAN APPLE DOES!!! 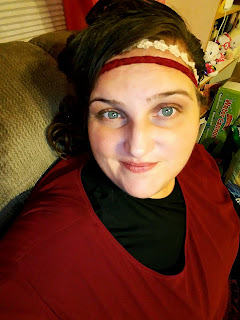 AHAHAHAHAHAHAHAHAHA!!! Yes, REALLY PEOPLE!!! IF Apple can get their SELFIE factor up, they just may lure me back!!! That would mean, selfie mode, with a flash, wide selfie for groupies  annnnnnd YOU CAN SPEAK and it TAKES THE PIC!!! Plus, in general, the camera is just BETTER!!! Apple STILL has a LOOOOOONG WAYS to go on their camera...annnnd by the time they catch up to what it is NOW, Android will probably be EVEN BETTER!!!
.
The down side is that the reception has NOT been as good on my phone, buuuuuut I don't talk on it that much soooooooo its kind of on the back burner, YES, I take SELFIES, more than I talk on my phone!!! Now, most people reading this are like, OKAAAAY, well maybe she's NOT really on the phone talking THAT much, buuuuuut IF YOU just read this, and your NAME is HANNA KIFLE, your thinking right now, she takes MORE SELFIES THAN SHE TALKS TO ME ON THE PHONE???? That's A LOT OF SELFIES...cuz I talk to Hanna the most...LOL...Okaaaaay maybe that may be slightly exaggerated, MAYBE I can honestly say that I talk to HANNA MORE than I TAKE SELFIES...MAYBE, just MAYBE!!! ;) Only God knows for sure which statement is TRUTH!!! AHAHAHAHAHAHAHAHAHAHAHAHAHAHAHAHAHAHAHAHA!!!!


♥Mary Frances :)
P.S. For some reason, MY PHONE will NOT upload already taken pictures on to my blog from my phone, something about the location factor, buuuuuut if I take a pic, on blogger, from my phone, it WILL upload THAT one, buuuuuut NOT one that has already been taken!!! If ANY of you Androiders out there could help me figure this out, I would GREATLY appreciate it!!! Because, IF at the end of TWO YEARS, IF that has NOT been figured out, it will be something that WILL make me reconsider going back to Apple!!!
Posted by Mary Frances at 11:47:00 PM