Soooooooooo my lil nephew Odin, that came to live with us last January, when he came to my sister he hardly said any words at all, due to the horrible environment he spent the first years of his life in, he was hardly exposed to anything and combined with the fact that he is special needs and diagnosed with autism!!! but in this past year his vocabulary has increased sooooo much he now says so many words, he is very much a VERY LOUD little chatterbox, but I think our favorite was when he finally decided to start calling my sister MOM!!!
.
Weeeeeeeellll anyway, we were trying to get him say Stultz for when he'd see Jonathon annnnnd he FINALLY did it the other day! And its sooooo cute the way he says it, like, STOOOOOOTZ!!! LOL  So now when he sees him its like, Stoootz! Stoootz! Stoootz!!! 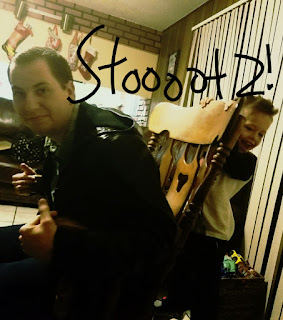 So last night we were all driving around looking at Christmas lights, well Odin has this game  he likes to play where he says your name and calls for you until you say, WHAT?! As soon as you say, WHAT?! He goes right to the next person and starts saying their name! So last night he's doing it and then he decides to start saying, Bye Stoootz! Bye Stootz!!!

So Jonathon is like, BYE??? I'm not leaving!!! And Odin is just like, Bye Stootz!!! So Jonathon's like, You want me to leave?! And without missing a beat and with the sweetest tone Odin says,
"PLEASE!" 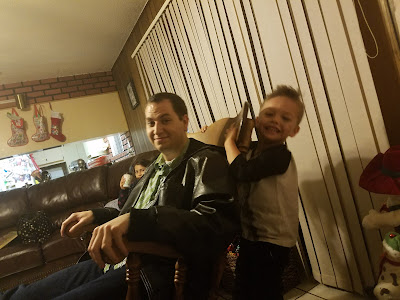 We were sooooo NOT expecting him to say that!!! We seriously, DIED laughing, it was, THE FUNNIEST thing everrrrrrrr!!! I don't know that I've ever even heard him say please before that and it was in the RIGHT context too!!! ANd WHO says it while asking someone to LEAVE?!?!? AHAHAHAHAHAHA!!! He's such a little crack up!!!